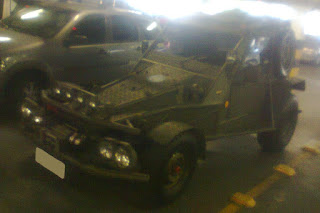 Sandrail buggies are not so uncommon in Brazil, but it's not so usual to see a street-legal one. Relying mostly on ancient Volkswagen powertrains such as the traditional air-cooled flat-4 and the water-cooled EA827 inline-4 engines, usually mated to Volkswagen's old longitudinal transaxle, they're still perceived among recreational off-roaders as an affordable option to 4-wheel drive vehicles. 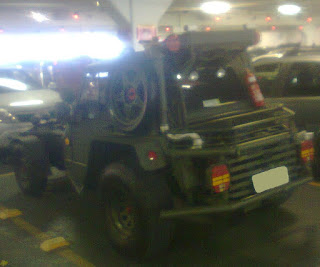 This one, specificlaly, relies on a water-cooled EA827 engine, with the radiator mounted in a high position that leaves it more protected from mud and debris that could eventually get stuck on its core and decrease the cooling efficiency. The rear-mounted powertrain keeps most of the vehicle weight around the drive wheels all the time, thus improving traction in a variety of rough terrain. Though it's still 2-wheel drive, off-road performance is not to disdain. 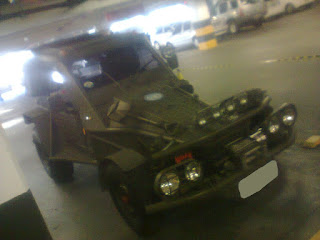 This sandrail buggy appeared in the parking lot of a supermarket in Florianópolis, one of the most popular touristic destinations in Brazil. 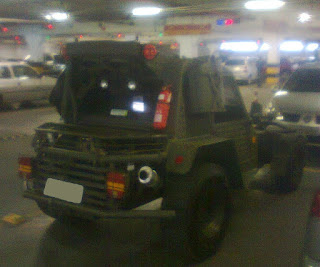