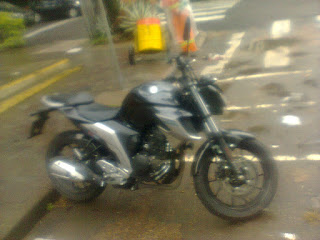 Sometimes it might feel kinda temptating to adapt the engine of a motorcycle into a car, due to some inherently simpler design features, plus the expectations for an eventual decrease in fuel consumption and maintenance cost. It may eventually work, but it's not so likely for a 250cc motorcycle engine such as the one fitted to the Yamaha FZ-25 to be a perfect match even for a subcompact car like the previous-generation Chevrolet Spark originally available with 1.0L and 1.2L engines in most markets. Even though the smaller displacement might sound at first as an obvious approach to save fuel, combined to a smaller amount of parts that would require a few replacements throughout the useful life, matching a smaller torque output to some gear ratio that makes it remain useful is quite a challenge, even when the useful RPM range is broader. 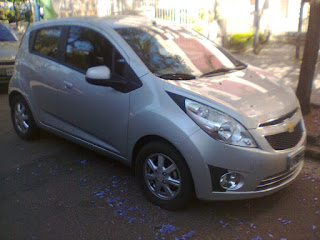 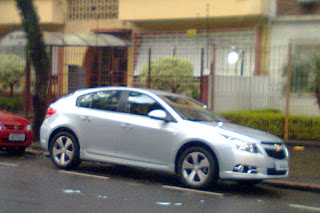 Even something not so small, for example a Chevrolet Cruze, might seem as if it would be better served by a Honda CB 600 F Hornet in the eyes of a random shade tree mechanic, instead of the 1.6L Ecotec originally offered in some countries. Despite the lower total power and torque rating for the motorcycle engine, which is no surprise since the Ecotec has a roughly 166% greater displacement, the speed at the drive wheels could be matched in most traffic conditions resorting to a lower final gearing which would still allow a reasonable cruising speed even if the top speed decreases slightly. Considering a 2.5:1 reduction to match only the peak torque speed at the wheels, the stock rating of 63.5Nm at 10500RPM from the fuel-injected Hornet would equate to 158.75Nm at 4200RPM which is slightly better than the 155Nm rating for the Ecotec. However, the fact that most modern motorcycles have their transmission integrated to the engine's crankcase as a single unit makes it harder to bolt them straight to a car transmission, unless both are kept and some cross-shifting might be applied. 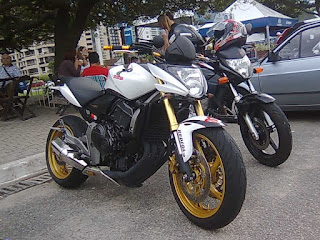 The fact that motorcycle engines usually don't have a provision for accessory drive should also be taken in consideration, since it would require either some extensive modification to enable the fitment of an accessory drive pulley or replace all engine-driven systems such as a hydraulic power-assisted steering pump or an air-conditioner compressor with electric ones, eventually overloading the magneto usually fitted to motorcycle engines to provide both electric power and ignition timing. Simply adapting a belt-driven car-type alternator could then become quite troublesome. So, despite being technically possible in some circumstances, the swap of a motorcycle engine into a car may not be always suitable to fulfill the expectations. 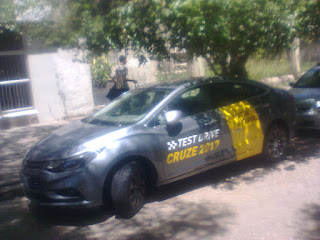