Why to get a swamp-cooler in a truck? 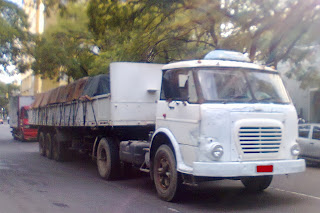 Swamp-coolers became a popular feature into trucks in Brazil since late 90s, due to the easy retrofitting even into older models such as a Fiat 210 (the earliest Brazilian version still featured the cabin of the Alfa Romeo Mille for a while). 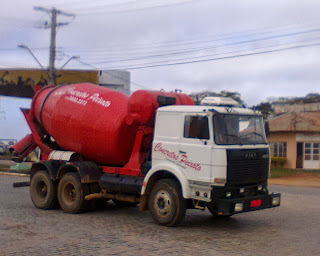 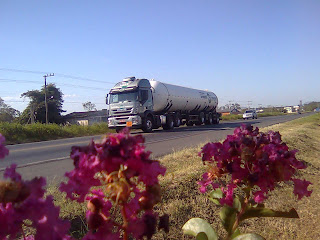 The most popular manufacturers of these devices, namely Resfriar (based in Vacaria, exports regularly to Italy using the Resfrieuro brand, and to England labelled as TopCooling), Maxiclima (based in São Marcos, the city with the highest truck-to-inhabitant ratio in Brazil) and Climatizar (based in Vacaria), are located in Rio Grande do Sul state, which eases the logistics to export their products to Argentina and Uruguay, altough the Brazilian domestic market is still the most important. 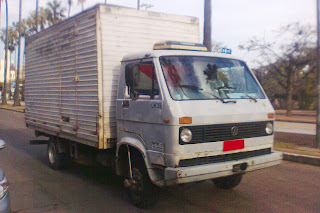 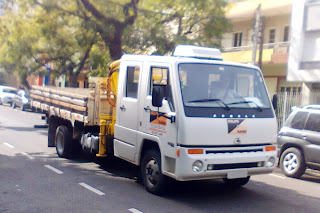 As long as there is a roof hatch for the swamp-cooler to be assembled into, and some random spot to bolt an auxiliary water tank when it's not built-in to the evaporative module, as in this Brazilian Chevrolet D-20 (a local version of the C-20, with a Perkins 4-cylinder Diesel engine), there is virtually no deterrent to the installation. 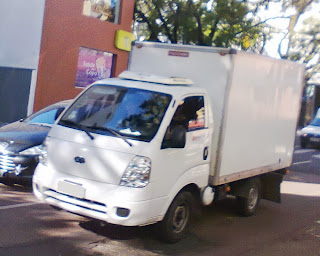 Actually, even some vehicles that didn't have a roof hatch from the factory, such as the Kia Bongo and the Ford F-4000, Brazilian equivalent to the F-550, can be fitted with a swamp-cooler, as long as an opening is done in the roof. Well, it may sound dumb to have it into an F-550, since it got air-conditioner as a factory option, but considering the Brazilian market during the 90s it was still often deemed too expensive for many commercial operators, and there were also concerns related to increasements on fuel consumption and maintenance cost. Since there is no engine-driven compressor, a swamp-cooler doesn't increase the fuel consumption so significantly, and even tough it requires water to be added periodically, it's usually still less expensive than recharging a conventional air-conditioner with the synthetic gas it uses (either Freon/CFC or R134-a/HFC-134) and replacing components such as compressor clutches, belts, pulleys, and a few pipes and hoses. A swamp-cooler can also eventually weight less than a complete automotive air-conditioner setup. 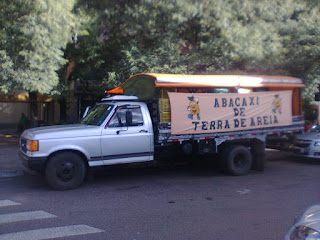 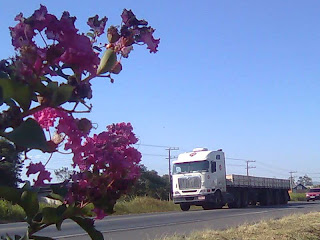 In long-distance hauling, another vantage of the swamp-coolers is highlighted: since they don't require to be directly powered by the engine, operating only with electric power either from the battery or some random auxiliary source, the driver can sleep inside the cabin enjoying lower noise levels, while there is still some thermal comfort. 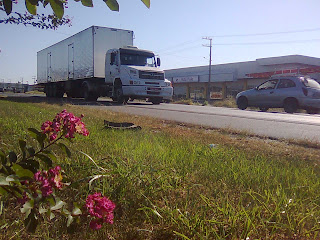 The only downside regarding swamp-coolers is the lower effectiveness when the natural air humidity is high. As opposite to a conventional air-conditioner, which takes moisture out of the air, a swamp-cooler hydrates the air due to the evaporative operational principle: hot air is aspirated in the evaporative module, goes thru a set of texturized filters soaked in water, which absorbs heat from the air and a little amount evaporates, therefore reducing the temperature. 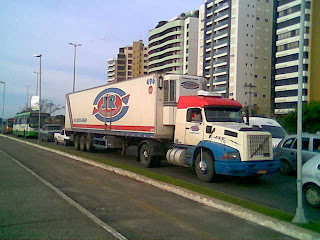 Another aspect that makes a swamp-cooler too different from a conventional air-conditioner is that it actually works more effectively when there are less restrictions to the flow instead of keeping the same close air too long. It's usual to leave the windows rolled about 1-inch down when the swamp-cooler is on operation, altough with weathershields it might not be so easily visible from the outside. 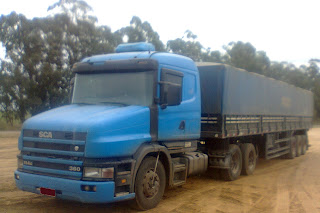 Even special applications, such as ambulances can also get benefitted from the usage of a swamp-cooler. Activated-charcoal filters can also be applied, to reduce chemical and biological contamination into the medical compartment. It also became a prevalent feature even for cash-in-transit vans, at a point that vehicles fitted with this device outnumber the ones which have a conventional air-conditioner system. In this specific scenario, the benefits from the higher air renovation for the health of the operators is also notable, decreasing the fatigue, respiratory discomfort, skin diseases and blood pressure-related issues. 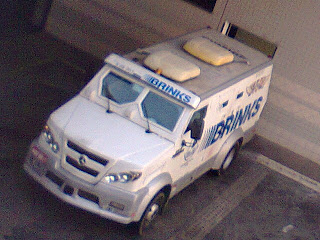 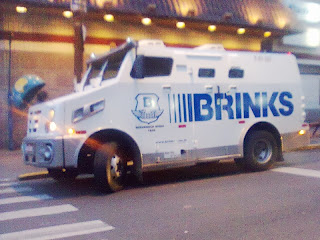 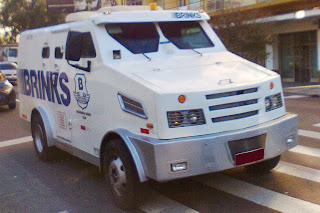 Disclaimer: the usage of any of the pictures from this article for any purpose, either commercial or educational, without authorization from the author is a copyright infringement. All rights reserved to Daniel Girald.
Postado por cRiPpLe_rOoStEr a.k.a. Kamikaze às 1:02 AM