Brasília and early Gol, different attempts to replace the Beetle with a similar mechanic 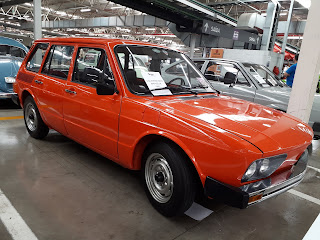 One of the Brazilian air-cooled Volkswagens I like the most is the Brasília, which was made from '73 to '82, with a 4-door body available from '76 on which was actually more popular for export but also had its fair share of the market either in public fleets or as a taxi. This orange one might eventually have been a taxi in my hometown Porto Alegre. Most were fitted with the 1.6L version of the good old boxer engine, while some rare ethanol-powered 1.3L ones were also available in the late years. It was also produced in Mexico, but as a two-door only which is quite surprising since it was supposed to be a more favorable market to the 4-door bodystyle. CKD assembly happened in countries such as the Philippines, Nigeria, Uruguay and Argentina, while CBU exports reached regional markets like Peru, Bolivia, Venezuela, Ecuador, Paraguay and Chile, and even in Portugal it had been available. 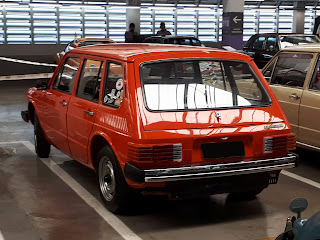 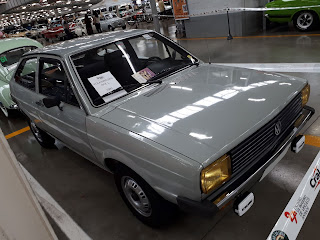 The same boxer engines also served the earlier versions of the Gol, such as this '80 model which still resorted to the 1.3L engine. Rumors quote this to have been an attempt from Volkswagen to get rid of a stock of engines which were refused by export markets. The replacement for the 1.6L engine on the following year increased the performance to levels deemed more acceptable by the overwhelming majority of Brazilian customers, and the "BX" lasted until '86 when subsequent versions of the Gol were by then all fitted with water-cooled engines. A key difference to the Brasília is the fact that the Gol had the engine mounted upfront and with front-wheel drive. 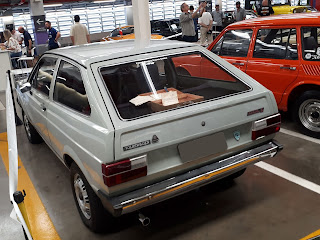