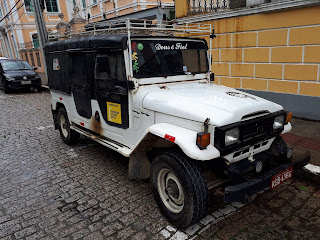 There were times when Toyota ruled the 4WD market in Brazil with the Bandeirante, a local derivative of the 40-series Land Cruiser, but not every body configuration available in other countries was offered locally. One of the alternatives to fill this gap was stretching regular canvas-top ones in order to increase its hauling capacity for both passengers and cargo. This modification was mostly performed in Brejo da Madre de Deus, a small town in the countryside of Pernambuco state, with many of the so-called "Toyotão" (Big Toyota) used for intercity shuttle services. 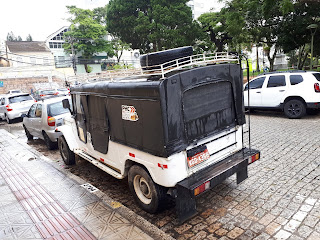 Its role bore some resemblance to the Philippine jeepney based on military surplus Willys Jeeps, but the Toyotão was mostly based on civilian versions and, unlike the jeepney, there were no independent companies developing longer copies of the Bandeirante by their own. Full body enclosure also differentiates it, even though it always relies on canvas roof and doors instead of metallic roofs. 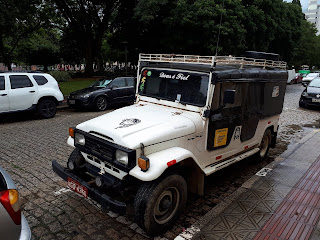