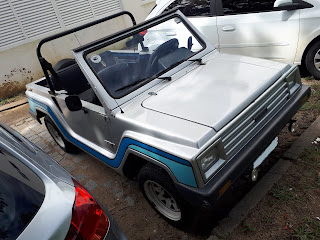 One of the low-volume Brazilian automakers that relied on the Volkswagen air-cooled powerplant when imports were restricted, Gurgel found itself a comfortable position as a manufacturer of SUVs such as the X-12. The lack of a proper 4-wheel drive system required some different approach to increase the off-road capabilities inherent to the weight bias of a rear-engined RWD vehicle. The option regarded as more cost-effective was a manual brake control for each rear wheel in order to emulate the effect of a limited-slip differential and keep most of the torque output to the wheel in contact with a more stable portion of the terrain. 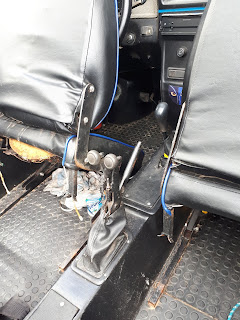 The levers were tied to the parking brake cable of each side, not requiring any rocket-scientist to implement it. The system is not only easier to fit, but also easier to mantain, because even though it might increase the wear on the rear brake liners it's easier to replace a brake shoe than to perform an overhaul in a locker differential. 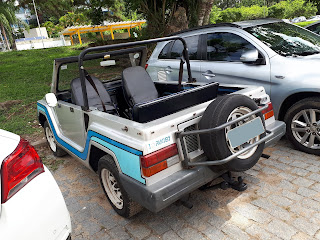