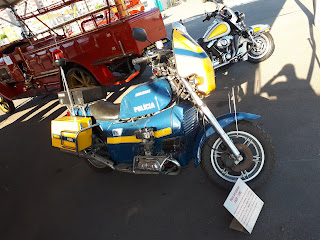 Many people from other countries often express some curiosity about the Amazonas, a Brazilian motorcycle fitted with the Volkswagen flat-4 engine. This one is an '82 which served the Federal Roadway Police. It resorted to the 1600 dual-carburettor engine, and the transmission was a modified version of the stock one fitted to rear-engined Volkswagen vehicles, with a chain final drive. The model was meant as a replacement for the Harley-Davidson Shovelhead when imports became restricted from '76 to '90. Officially released in '78, the Amazonas was produced until '88. 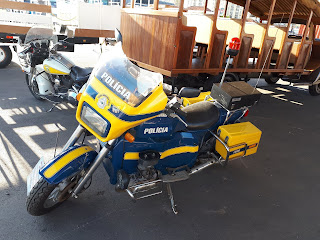