Nissan D21 with a sedan-like conversion 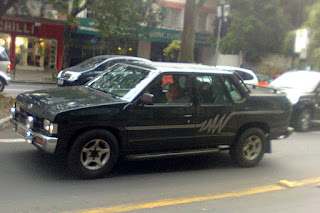 The trend of converting pick-up trucks into some sort of oversized sedan in Brazil, which had its days of glory in Brazil during the '80s as a step ahead of the more utilitarian approach of a simpler double-cab into something more aspirational, didn't fade away completely once imports were resumed in '90. Even though more focused on locally-made models, similar setups were also often applied to imports such as the Nissan D21 Pick-Up. This one, presumably converted by Tropical Cabines, had a similar treatment to what was applied to local full-size Ford and Chevrolet trucks which were the most often converted. 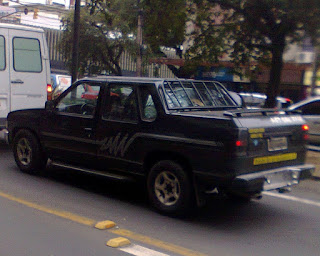