Why is it pointless to overlook Diesel in entry-level models and emerging markets? 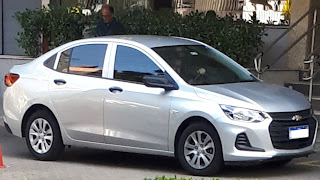 The release of the 2nd generation of the Chevrolet Onix, not anymore as a Brazilian makeshift with a limited availability through few regional export markets in order to get a much greater engineering input from the Chinese SAIC-GM joint-venture, could've been turned into an opportunity for GM to recover its global presence not only in the LHD emerging markets which could be easily served with either Chinese, Brazilian or Mexican models. However, besides the lack of a right-hand drive layout option which could cater to some markets where GM recently retreated such as India, South Africa, Thailand and Australia, it's also worth to notice the absence of at least one turbodiesel engine which certainly has its appeal among customers with the most diverse needs and subjective preferences. Even though such option could be regarded as too expensive for an entry-level compact sedan meant for emerging markets where the retail price is extremely relevant, there are other factors rendering such claim pointless. 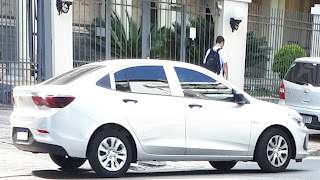 Initially released exclusively with turbocharged gasoline-powered engines, featuring direct injection in China and port-injection in Brazil where naturally-aspirated versions would later become available for the local market in the 1.0L displacement and a 1.2L variant exclusive for regional export, simply the presence of the turbocharger is enough to increase manufacturing cost to a point which could be seen as an excuse to prefer a naturally-aspirated counterpart with a larger displacement if production cost was the major issue and had displacement-biased tax structures been negligible. Turbocharging and fitting direct injection to spark-ignited engines has led their cost to increase to a point which can be seen as favorable to turbodiesels in a comparison based on cost alone, not to mention other issues related to emissions compliance. Nitrogen oxides (NOx) and particulate matter used to be considered an Achille's heel of Diesel engines, related not only to the fuel but mostly to the thermodynamic cycle which relies on compression ignition, but the recent widespread of direct injection on spark-ignited engines also increased the conditions of high temperature and pressure which favor the formation of NOx and particulate matter due to the less effective cooling of the air intake charge and incomplete vaporizing of the fuel.

Besides the sedan bodystyle which is the only one available in China and Mexico, a hatchback had to be developed for Brazil, where Diesel cars are mostly forbidden. However, if any turbodiesel version would ever become manufactured at least for export, the presumable impact due to the fitment of any emissions-related device such as the SCR system with the corresponding AdBlue tank could certainly be blamed for an overall worse impact on the trunk capacity compared to a sedan, even though some factors such as the focus on some lower gap on the automotive market might render more favorable conditions to other approaches such as resorting to an LNT (Lean NOx Trap) catalyst which is easier to implement with small-displacement engines and modest power ratings suitable for an economy car. Getting rid of the need for AdBlue is still possible to achieve in a cost-effective manner, and it's also important to remind the increasing usage of direct injection on gasoline engines has led a particulate filter analogue to the DPF to become required in order to keep up to stricter emissions regulations, and any enrichment to the air/fuel ratio which could be an easy approach to keep NOx under control would increase the particulate matter, thus an LNT also becomes important in order to address this issue and the competition between spark ignition and its turbodiesel counterparts remains levelled. The absence of direct injection in the Brazilian versions of the Chevrolet Onix even with the Turbo engine, which could be considered cost-effective not only for port-injection being inherently cheaper but also for not requiring LNT and GPF/OPF (Gasoline Particle Filter/Otto Particle Filter), still has its downsides most noticeably in the turbocharged versions due to the increased fuel consumption and requirement for Premium gasoline in order to prevent knock/ping which can lead to catastrophic engine failure and some even more dangerous situations such as caughting fire which had occurred to some of the earliest of the Brazilian Chevrolet Onix Plus under some extreme environmental conditions. 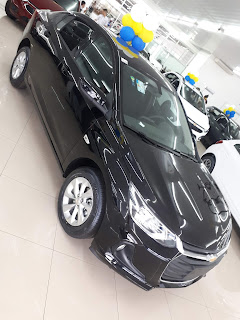 Even though the narrowing of the gap between emission regulations in the developed countries and the emerging markets could make it seem less cost-effective to keep the turbodiesel option for entry-level due to the side-effects of a lower quality standard of Diesel fuel to the modern emissions-control devices, the increasing complexity of gasoline-powered (and flexfuel) engines doesn't justify all this overlooking of Diesel in entry-level models throughout the world and even more noticeably in the emerging markets. Even though some countries still enforce outdated emission standards which could keep it more comfortable to avoid sophisticated systems such as the SCR and DPF, also decreasing the risk of damage not only to the aftertreatment system but also to the engine itself while using some lower-grade Diesel fuel, others which are now closer to the European regulations could still get them as a cost-effective option. So, even though it may seem comfortable at first to simply rely on spark ignition and eventually go flexfuel like it's done in Brazil, it's pointless to overlook Diesel. 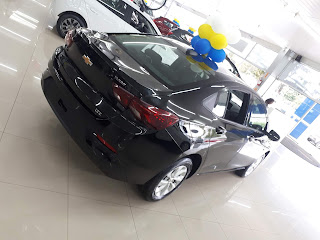