Brazilian Kombi of an intermediate model 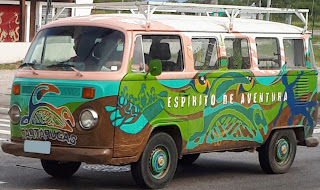 Brazilian Volkswagens often have some differences from their German counterparts, and the Kombi is no exception. Instead of the split-window getting directly replaced by the T2, which is often refered to as "Clipper", there was a facelift made exclusively in Brazil between '76 and '96 with the front of the Clipper added to the same bodyshell of the split. Besides a handful of regional export markets in South America and Nigeria where it was assembled from CKD kits, a right-hand drive model with dual doors on the left side was developed for export to South Africa and Indonesia where it was sold along the Clipper as a lower-cost option. While in South Africa it's often referred to as "Fleetline" just like a last batch of splits which were assembled with Brazilian body panels after the Clipper started to be made in Uitenhage, it's often refered to in Indonesia as "Kombras" in order to differentiate from the German-supplied Kombis, even though it had been also refered to as a Clipper even in advertisements. 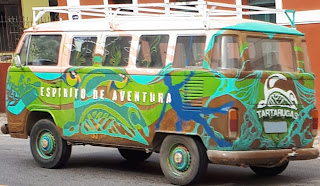