Ford and the switch to 3-cylinder gasoline engines for the EcoSport: why not a 3-cyl turbodiesel too? 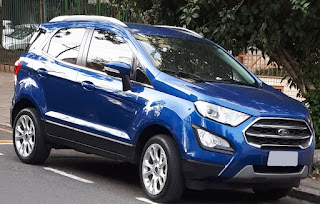 Initially targetting to poor Latin American markets, the Ford EcoSport became a global model with its second generation, which after a facelift started a switch from the 4-cylinder layout to 3-cylinder on the majority of its 2-wheel drive versions, even though 4-wheel drive ones retain the 2.0L Duratec Direct 4-cyl engine. Among the newer engines, there are a turbocharged Ecoboost derivative of the 1.0L Fox and the naturally-aspirated 1.5L Dragon, this one also available as a flexfuel in Brazil. Quite surprisingly, with Diesel engines struggling to remain competitive along the challenges regarding the ever-tightening emission regulations, the 3-cylinder layout is seemingly overlooked by Ford as a viable measure to decrease the cost impact for buyers who look at a turbodiesel engine option as a matter of necessity instead of a luxury. 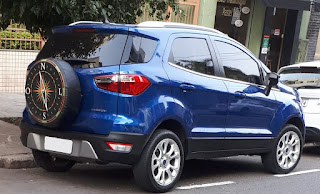 In a moment when Ford was one of the few automakers with an operation in India that did not stepped out of the Diesel field right after the Bharat Stage-VI norms became effective in April, despite the local market keeping only the Dragon for those who prefer a gasoline-powered engine being supposed to set the price gap more unfavirable to Diesel as the spark-ignited engine with port-injection requires fewer aftertreatment devices which have been blamed for most of the recent price increases on turbodiesels throughout all the markets where they are or at least used to be relevant for light-duty cars and SUVs. A simpler and presumably more affordable engine, even though it could turn out to not attract so much to a broader buying pattern as in the early days of the common-rail turbodiesels when the performance got closer to that of a naturally-aspirated gasser within a similar displacement class, seems likely to offset a cost disadvantage induced by the presence of so many exhaust filters and even one more injector which is quite expensive in an electronically-controlled engine compared to their old-school mechanically-governed counterparts. Considering the recent announcement of a joint-venture between Ford and Mahindra, which manufactures its own engines for many different vehicle classes including a newer 3-cylinder turbodiesel within the same 1.5L class of the current EcoBlue which is now the only 4-cyl engine available for the EcoSport in India, relying on an outsourcing at least for the local Indian market and regional exports would not be so pointless at all. 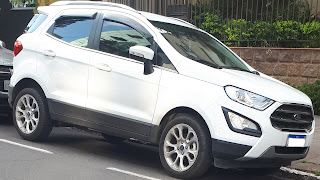 It's also worth notice the stricter deadline for motor vehicles to remain eligible for a registration in New Delhi and other Indian metropolitan areas, which is also biased toward the engine type with Diesel in a less favorable condition calling for their registration in these regions to expire in 10 years, while their gasoline-powered counterparts can go for 15 years. Even though the newer and stricter emission rules are putting both engine types on par when it comes to limits for the same parameters, this situation is uncertain to become a sign of change in order to grant a similar treatment for all vehicles regardless of fuel type, thus justifying even more the market opportunities for a simpler engine focusing on the core advantages of Diesels when it comes to reliability and fuel savings. So, while gassers already overcame the misconceptions about fewer cylinders rendering them somewhat "inferior", it's time to look at their Diesel counterparts in a similar way.