Would a mild-hybrid version of the 1.3L Firefly engine make sense if Fiat ever brings the Strada back to Europe? 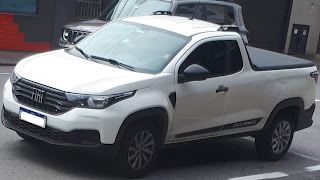 With the recent release of the 2nd generation of the Fiat Strada in Brazil and regional export markets across Latin America, and recent changes in European legislation favoring pick-up trucks, it may sound like a good opportunity to reintroduce this nameplate to Europe. Even though it doesn't feature any turbodiesel engine option anymore, relying on SOHC versions with 2 valves per cylinder of the 1.4L FIRE in basic and intermediate trims with both cabin styles while the Volcano available only with double cab resorts to the 1.3L Global Small Engine a.k.a. Firefly, this may not be so much of a problem. Due to economics of scale, I would expect only one of those engines to fin an eventual Euro-spec range of the new Strada, most likely the Firefly which is gradually replacing the FIRE, and the recent release of a mild-hybrid variant of the 1.0 GSE for subcompacts in Europe may be a sign of what Fiat could do in order to make the Strada available there once again. 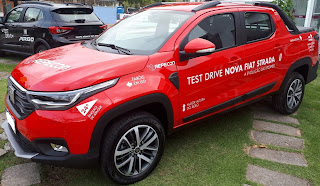 Its more utilitarian nature and the aim to budget-conscious Latin American markets may justify the use of sequential port injection and 2 valves per cylinder, in a contrast with the DOHC layout with 4 valves per cylinder and direct injection already fitted to the mild-hybrid 1.0 and the turbocharged versions of either the 1.0 or the 1.3 engines already fitted to Euro-spec versions of other Fiat and Jeep vehicles, yet it could also justify in Europe. Besides leading to a good low-end torque which is more important for it than for a Fiat 500 for example, it's worth to notice port injection leads to a colder charge air intake which is beneficial under the operating conditions it will usually find among professional operators, and not require the expense of a particle filter which is now widespread on Euro-spec and US-spec vehicles with a spark-ignited direct-injection engine. The modularity which allowed the Firefly engines to cover the 1.0L displacement range with a 3-cylinder layout while the 1.3L ones resort to 4 cylinders also leads the process of developing a mild-hybrid trim for the largest one to be quite a straightforward deal, even if it keeps the simpler cylinder head design and injection pattern of the current Fiat Strada. 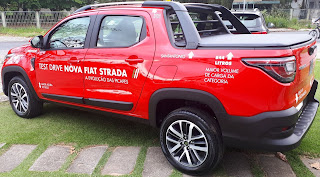