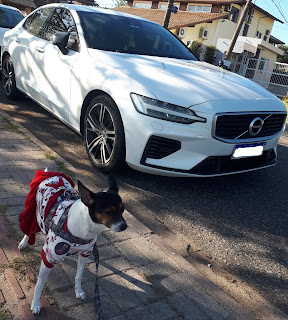 I must confess hybrids are not exactly my cup of tea, even though it seems like there is no turning back from them anymore. Some models such as the Volvo V60 now don't even offer a turbodiesel anymore, and it even became more frequent to see a hybrid than a gasoline-only version, which is also leading to an opportunity to take a look at some features that might be hard to explain when it comes to Volvo's current approach to hybrid powertrains. Regarding the T8 rating, which is available only as a hybrid, there are at least 4 features seemingly opposed to the "environmental" approach hybrids are supposed to be all about:

1 - the "twincharger": while the engine-driven supercharger might provide a reasonable boost from launch to around 3500 RPM, and then the exhaust-driven turbocharger does all the job when it comes to forced induction, it's worth to notice the increase on parasitic drag from the supercharger and its drive, which is somewhat more objectionable as it may be desirable to keep the engine at lower load during normal operating conditions driving on the speed limits. Since the presence of the supercharger is not taken benefit to allow the engine to operate within the Miller cycle, which resorts to a longer intake timing advacing through compression stroke in order to emulate the Atkinson effect while the forced induction prevents the charge air intake to escape, eventually it would make more sense resorting to the PowerPulse system fitted to the Diesel twin-turbo D5 engines which resorts to a compressed-air impeller for the turbocharging in order to overcome turbo-lag with the air being supplied through an electric-driven compressor on board;

2 - absence of flexfuel capability: due to the "sustainability" premises, it would make sense to have a provision for the vehicle to be capable to operate on a renewable fuel along the more usual gasoline, with ethanol capability being somewhat reasonable to expect from a modern spark-ignited engine. Not only it has a cleaner combustion process, turbocharged engines fitted with direct injection provide ideal conditions to narrow the efficiency gap per fuel volume between gasoline and ethanol, as they lead to a safer increase on compression ratio while operating with gasoline and easier cold starts while running on ethanol;

3 - keeping the same automatic transmission of non-hybrid versions: while it could either take benefit from the instant torque output of electric motors to get no gearbox at all, enabling them to act as a CVT just like Toyota and Lexus hybrids usually do through their Hybrid Synergy Drive setup, or to use some other automatic or automated-manual transmission more optimized for overall efficiency, it just retains the same 8-speed automatic shared with the non-hybrid T4, T5 and T6 versions. Sure it would be harder to expect the option for a manual transmission, as an automatic leads to a smoothier transition from EV mode to combined electric and gasoline power, but other setups predictably more in line with the usual expectations for hybrids would be more favored by fuel-efficiency and emission regulations;

4 - seemingly lack of motivation to benefit from a Freevalve design: even though the mainstream automakers usually tend to take breakthrough tech with a grain of salt, most noticeably when there is a need for a licensing from a smaller engineering outlet, its hybrid range would be a perfect receiver for the Freevalve technology, not only because it would allow the usage of a simpler port-injection and to get rid of the particulate filter, but also due to eventually making it easier to alternate from 4-stroke to 2-stroke under specific conditions as the presence of the supercharger could serve to provide a more efficient scavenging just like on 2-stroke Diesel engines. 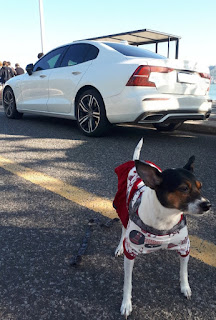