Piaggio ape into a big-rig lookalike??? 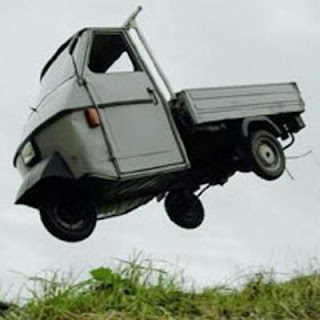 Who could tell you that a tiny Piaggio Ape could be riced out to the same redneck level of a (stereo)typical american big-rig. 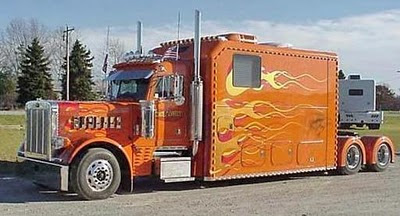 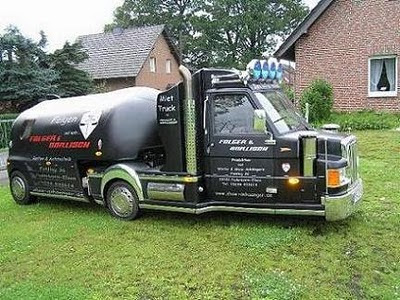 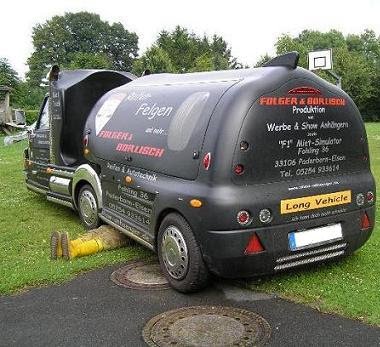 It appears to have been done by a german dude...
I must already confess that I would like to do something like this into a Piaggio Ape, but would prefer to do something resembling a Chevrolet Astro. 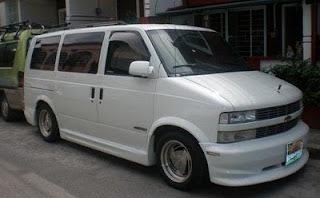 Despite the absence of one front wheel, it would be more proportional in terms of design...
Postado por cRiPpLe_rOoStEr a.k.a. Kamikaze às 10:19 PM No comments: 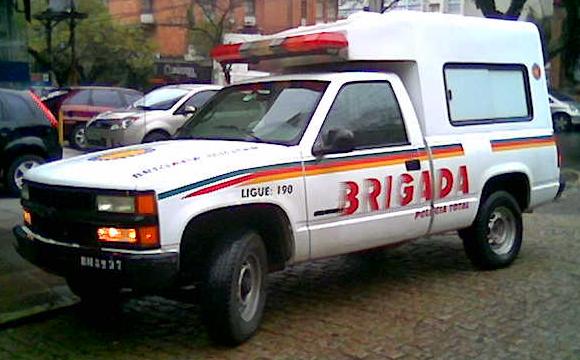 Is not hard to find people who like the tough look of the "yank tanks" such as Chevrolet C/K series but dislike the fuel efficiency of these rigs with their large gassers. There are even some diesel versions for these models, but they're already bigger than is often needed.


Sometimes a diesel swap is considered, and the size of the trucks allows a huge variety of engines to be fitted. Usually an american would still want a heavy-duty one such as the Cummins B-Series, specially the 3.9L 4BT/A, widely used in the step-vans replacing gassers over 5-litre.

However, an european or a latin-american would consider smaller engines, such as IVECO ones in the 2.5/3.0L range, widely used in cargo vans, cutaways and microbuses of the Daily/City Class series, slightly narrower than a typical american "molester van" but in the same GVW range.

Ford had even offered some versions of the F-150 sharing the engine with the argentinian versions of the Mercedes-Benz Sprinter, that had been offered by Dodge as a replacement to the Ram Van series. Americans tend to use the car as an extension of their personality and usually would spend more to have a bigger engine, while in some southern american markets the pickups are a symbol of status but their owners would prefer more fuel-efficient engines.

Some of these euro-school commercial vehicles are even fitted with front wheel drive, disliked by the (stereo)typical american customer and even some european operators, like the Renault Master and the Fiat Ducato. The main complaint about this system is their performance in uphill drive.

However, these vans already get the job done even with a relatively small engine driving the front wheels. Then, with a rear wheel drive layout they could be a good replacement for a gas-guzzler. It's not so unusual to see diesel swaps in some "yank tanks" and older full-size american passenger cars in some places of Latin America and Asia, not just due to the fuel-efficiency but also due to replacement parts avaliability. In the case of asian vans, it's nearly impossible to find any midsize one without a rear wheel drive layout, not to talk about the full-size ones that are always RWD, allowing to use their entire drivetrain in swaps. And for the midsize vans, either european like the VW Transporter, that had RWD in its earlier generations but now is offered only in FWD or AWD except for its brazilian classic version, or an asian such as Kia Besta, is not impossible to find diesels in the 1.9/2.7L range.

Not the 1st option to swap into a 1/2 tonner full-size but is easy to find midsize pickups and SUVs with these engines in Latin America. (The S10 depicted is only for illustrative purposes, it wouldn't be driveable with a so small engine as it was actually a body swap over a heavy-duty truck frame.)

For an earlier "yank tank" in the 1/2ton and 3/4ton ranges, as they're lighter than its more recent counterparts, the drivetrain of a midsize asian van is a cost-effective option, while a later one could require more beefs.

However, even some 3-tonner cabover trucks share their engines with SUVs - it's not unusual to find brazilian Volkswagen trucks using the same MWM 2.8L 4.07 TCA offered in the S10 and Blazer, even in Europe where some brazilian trucks were imported, still reaching a considerable cruising speed about 80 to 100km/h and top speed not under 110km/h, even with the aerodynamic comparable to a brick and more weight than any 1/2-tonner.


Not to talk about Isuzu 4JB1-T and its wide range of chinese copies, now hitting the uruguayan market and widely used to move those large sedans from the 50s thru 80s and full-size pickups from almost every model year.
Postado por cRiPpLe_rOoStEr a.k.a. Kamikaze às 10:28 PM 6 comments: