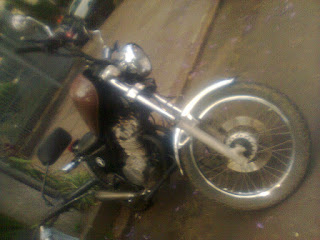 Spotted this Suzuki GN250, known in my home country as Suzuki Intruder 250, some days ago while walking the dog. This is a 2001 model-year, the last for it in Brazil before being indirectly replaced by the GN 125. Even though the 125 outsold the 250, not just due to the cost but also benefitted by a longer local production run (actually CKD assembly, since Suzuki has turned to its Chinese partner HaoJue for the development and manufacturing of most of its small-displacement range). 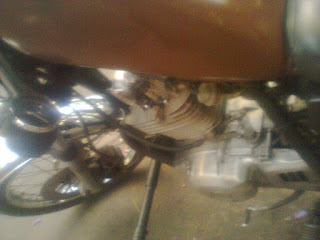 Nowadays it's not so easy to spot a GN250 in stock condition, with most either beaten out in various states of disrepair, and others modified. This one is actually not the first modded one that I spotted, but I see it quite often. Even though its owner didn't really got rid of some features such as the turn indicators, rearview mirrors, front fender and front brake in order to make it look more old-school, and had even managed a quite smart solution to keep the speedometer by relocating it to the fork, it does resemble more a bobber than any other motorcycle type. 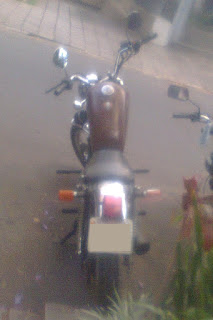 Postado por cRiPpLe_rOoStEr a.k.a. Kamikaze às 4:45 AM No comments:

Jeep Willys CJ6 with 4 doors and a metal top 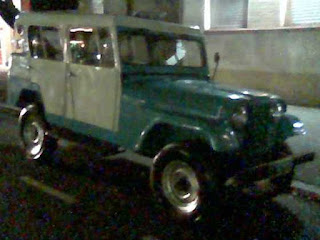 Took these pictures 9 years ago in my neighborhood, and never saw this one again or any other Jeep CJ from that vintage with a metal top. Similar adaptations used to be quite popular in Argentina, but are uncommon in Brazil. This top and doors were made by Carraço, a company that got specialized in those accessories not just for the Jeep Willys but also for other 4WD utility vehicles such as the DKW-Vemag Candango (a local variant of the West German DKW Munga). 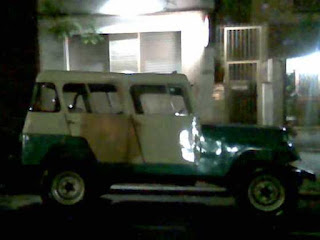 When that enclosure was introduced in the '60s, it became perceived to be more refined than the more usual canvas tops, rendering the Jeep more suitable to match the aspirations of a then-emerging urban middle class with the need for a vehicle rugged enough to cope with the harsh road conditions. 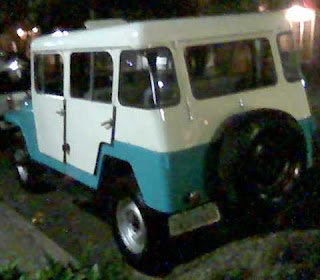 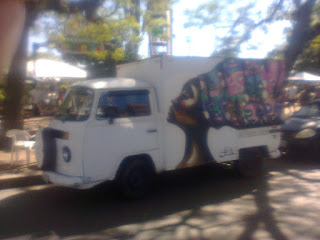 It's no surprise the Volkswagen Transporter T1 and T2 became so popular in Brazil, and remain to this day as one of the most iconic utility vehicles ever. This one, specifically, had been originally a pick-up, but had been converted into a high-cube van. Probably its first duty was delivery of cigarettes, or Elma Chips (local branch of Frito-Lay) snacks, until it finally found a new life hauling handicraft products to be sold at open-air exhibits that happen quite frequently in Porto Alegre. Spotted this one yesterday in the afternoon at the Farroupilha Park, just a few blocks away from downtown Porto Alegre. 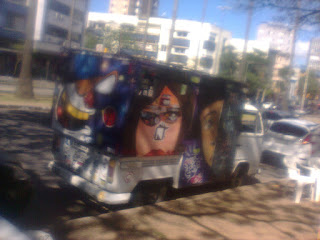 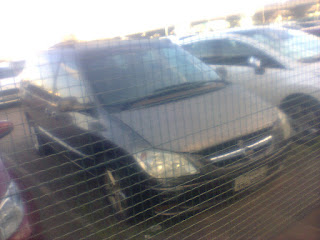 Spotted this Dodge Caravan in one of the parking lots of the Salgado Filho International Airport, in Porto Alegre, Rio Grande do Sul, Brazil. At a first sight from distance, while going by the Aeromóvel (a pneumatic-propelled monorail) from a nearby train station to the main terminal, this appeared to be something more exotic, such as the facelifted 1st generation of the Chinese-market Buick GL8.
Postado por cRiPpLe_rOoStEr a.k.a. Kamikaze às 4:57 PM No comments: