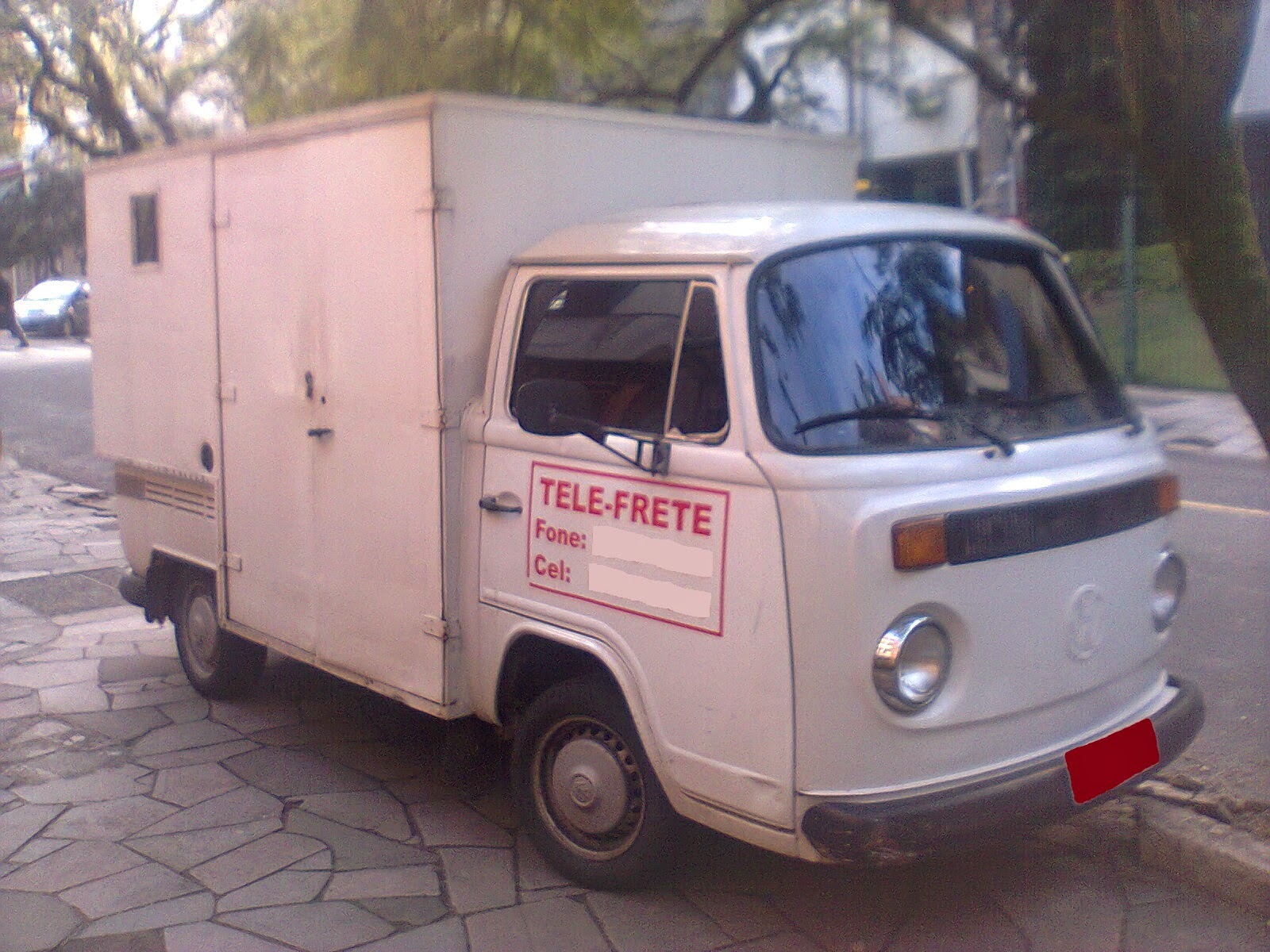 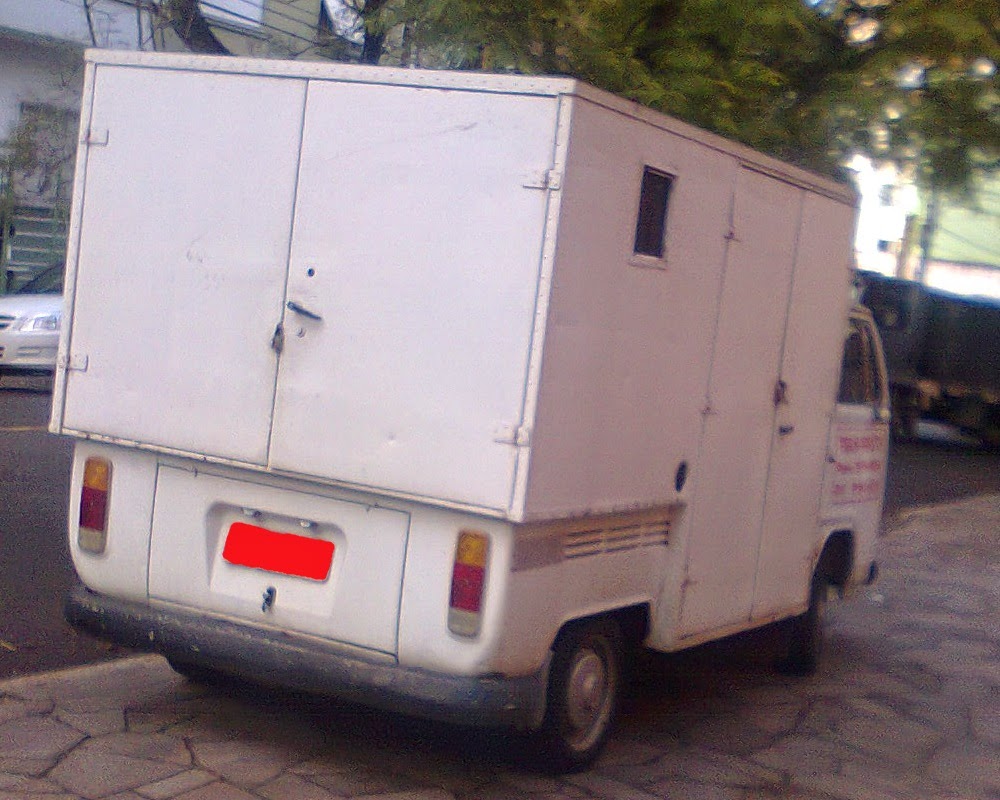 Bay-window Volkswagen T2 vans were once the most popular vehicle of its class in Brazil until early-'90s. From its local introduction in '76 until '96, the regular van bodies retained the narrow rear hatch and the passenger-side non-sliding barn-door from the T1b split-window series, instead of the wider hatch introduced in the '63 T1c split-window and the sliding door which became standard for the bay-window at its introduction for the European market in '67, and were only introduced to the Brazilian market in late '96 as a response to the Asian vans. The single-cab pick-up truck remained basically unchanged from '76 to its phaseout in '99, and was often used as a base for "fat Albert" high-volume cargo van conversions.
The body then became visibly wider and taller, often also extended at the rear overhang. Wider barn-doors also make it easier to move bulkier items in or out of the vehicle, and eventually trying to load it with a forklift, which is nearly impossible to do through a hatch. 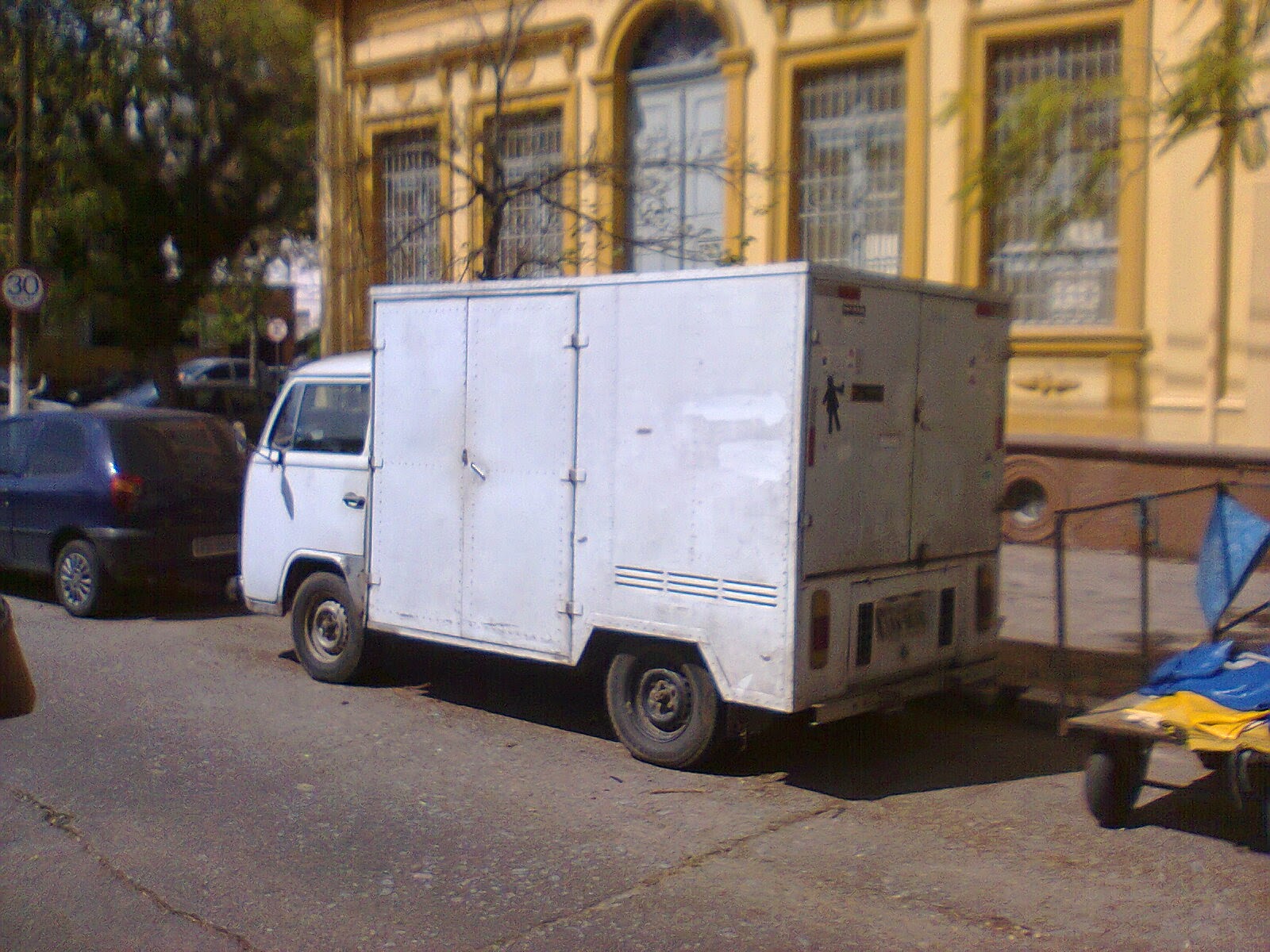 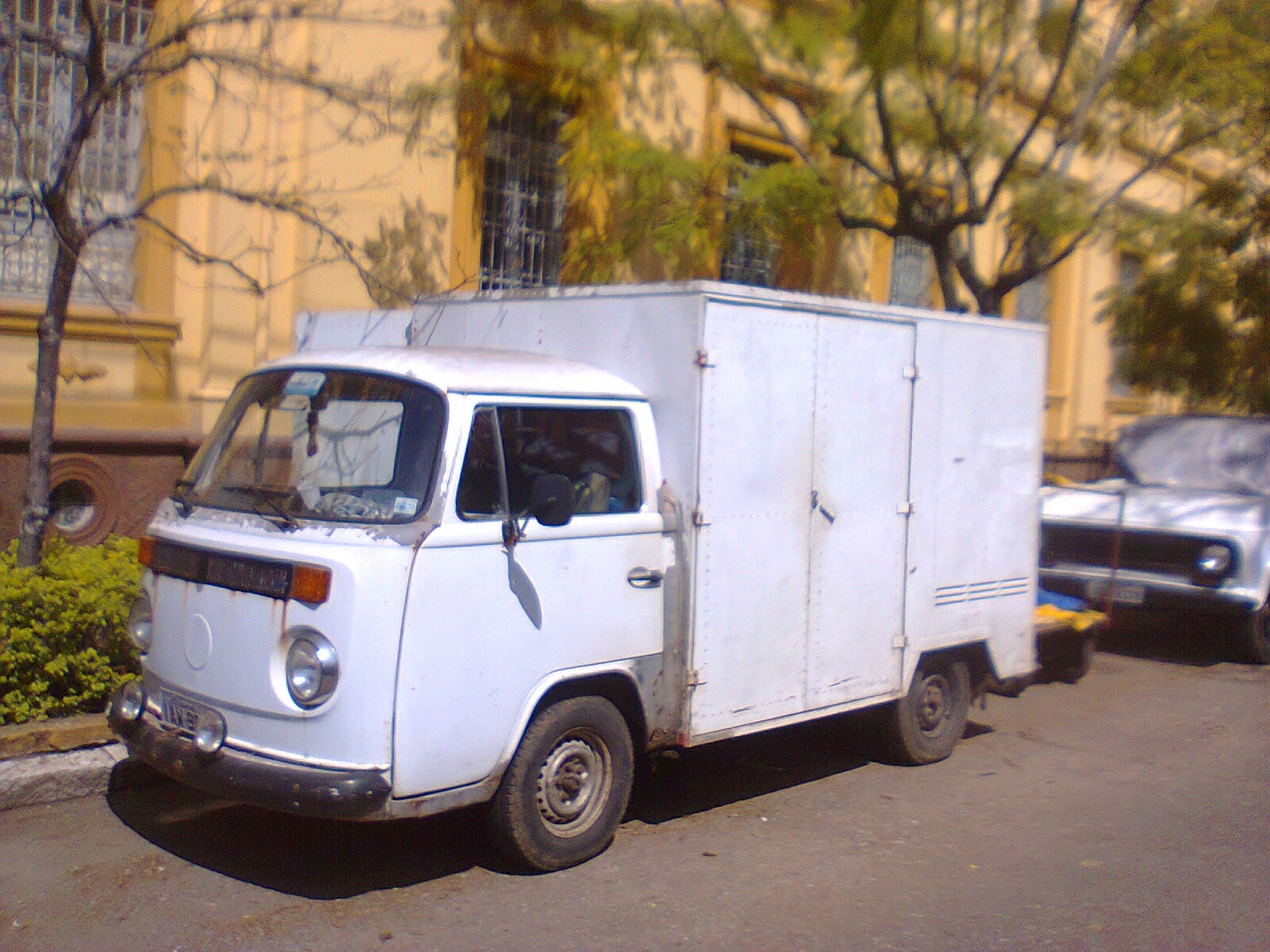