In defense of Ford's CHT engine? 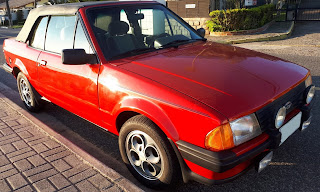 Ford failed in Brazil a lot of times due to the lack of a long-term planning for its engines range to meet the local market conditions, and the Escort Mk.3 which was the first one introduced officially to Brazil had to rely on the Renault-designed Cléon-Fonte engines to which it had access after merging with the Brazilian branch of Willys-Overland with whom Régie Nationale des Usines Renault had a partnership at the time. Even though that was even better than Ford's own Kent engine fitted to some entry-level trims of the European Escort by then, it ended up being one of the most underrated engines in Brazil as competition from Chevrolet and Volkswagen evolved to the OHC layout. Even though Volkswagen's EA-827 engine series mostly known in Brazil as "AP" and more frequently referred to as "Motor Audi" in Argentina and Uruguay is often highlighted as the holy grail for reliability covering displacements between 1.6L and 2.0L while also being reasonably affordable when it comes to tuning, the good old CHT which was better known in the 1.6L displacement range even though 1.3L and later even a 1.0L variant had been available had even better reliability despite its more conservative power and torque figures often blamed on the chain-driven OHV valvetrain receiving much criticism.

It's not unusual to claim the CHT engine is the one to blame for the Escort XR-3 not having been taken so seriously as a sports car in Brazil until the AutoLatina joint-venture with Volkswagen provided Ford with the AP engine, yet the unsuitability to expand the CHT over 1.6L was much more of a real issue. Ford really got a hard hit from the '73 oil crisis in Brazil due to bad planning, including the usage of the F-Head Willys Hurricane engine in Brazilian versions of the Maverick instead of the Thriftpower Six which was available in Argentina powering the Falcon and the F-100 which used to rely only on the V8 engines in Brazil until the Lima OHC became available in Brazil only in the 2.3L displacement and also resorting to natural aspiration and carburettor while export-bound variants could be had with EFI and even turbocharging. In trouble, the Brazilian branch was saved by a combination of engine exports to the United States, the creation of the F-1000 which was basically a higher-GVWR F-100 with a Diesel engine available (while the Argentinian-sourced Thriftpower Six was not so sought after), and naturally the Escort to which the CHT engine already on the parts bin was a reasonable option not requiring the expenses of a tooling update to manufacture the CVH engine fitted to its European and American counterparts.

A cheap engine to manufacture, and nearly indestructible while also quite easy to overhaul due to its wet-sleeve layout, the Renault Cléon-Fonte on which the CHT is based was successfully tuned to high power and torque ratings in Europe, being widely used for rallying and other demanding motorsports even behind the Iron Curtain where some derivatives were made by Dacia in Romania before it merged with Renault. Even though it's often pointed out as "inferior" and "outdated", mostly due to the lack of an aftermarket support so focused on performance enhancements, the CHT engine was better than what it's often regarded in Brazil, with its low-end torque still being appreciated despite featuring a lower specific power within the 1.6L displacement range compared to what Volkswagen and Chevrolet had to offer in Brazil during the '80s. Had it not fell so out of favor between '86 and '96 when AutoLatina was in effect, sure the CHT could've proven its worth, and eventually could fare better than the Kent-based Endura-E supplied from Spain from '96 to 2000 in 1.0L and 1.3L variants along the 1.4L Zetec-SE once the Fiesta started being made in Brazil, and then presumably with the fitment of a sequential EFI and other fewer improvements it would not surprise me the CHT could save Ford in Brazil again... 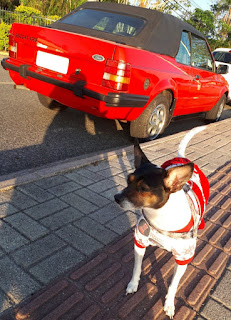 Why could the concept of a single-clutch automated-manual transmission be still relevant? 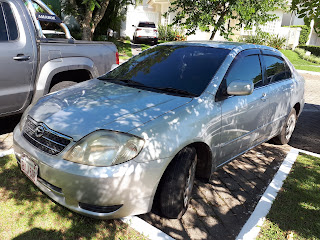 There were times when a very same car could differ considerably from a region to another regarding the availability of automatic transmissions, even for models with a broader "World's car" appeal such as the Toyota Corolla. At its 9th generation (E120), it resorted to a narrower bodyshell for both the European and Japanese markets, even though the lower demand for automatic transmissions in Europe rendered it more suitable to make an automated-manual transmission available instead. As it retained the coupling through friction from a regular manual instead of resorting to a hydraulic torque converted usually fitted to conventional automatics, gear changes are often more noticeable according to the driver's behavior, which might seem more annoying to a Japanese or American more used to a greater smoothness that a single-clutch automated-manual transmission is reportedly unable to provide. 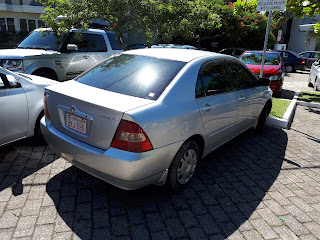 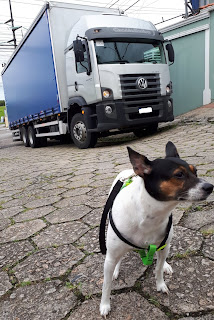 While both the evolution of conventional automatics, CVTs and the arrival of the dual-clutch automated transmissions could sound like the end of the road for a single-clutch AMT, it retains a foothold on the commercial vehicles segment. Considering aspects such as purchasing price, maintenance schedule and concerns related to the impact of an automatic transmission on both fuel consumption and payload, the simpler layout of an automated-manual seems more appealing to fleet managers and owner-operators in countries such as Brazil where the commercial vehicles market is highly conservative. Even though the rougher operation and usage of a conventional clutch which still needs replacements through the useful operating life of a truck such as the Volkswagen Constellation or a bus such as the Volkswagen 17.230 OD may sound disadvantageous compared to an automatic transmission, maintenance procedures more similar to what most commercial operators are comfortable with is likely to render them more favorable to a single-clutch automated-manual transmission. 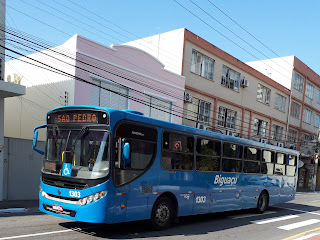 It's also worth to remind some claims of longer clutch life due to clutchless gear changes which happen more frequently, and a lower fuel consumption because of the automatic selection of the more suitable gear according to traffic and terrain conditions, at a cost premium not as high as for an automatic and a lower increase to the curb weight of the vehicle. The increased precision of the newer electronic engine management systems has also led to the viability of a more accurated and better integrated transmission control, preventing driver errors such as over-revving which is detrimental to the fuel consumption. It's worth to remind the viability to expand the concept of single-clutch automated-manual transmissions to nearly any vehicle with a modern engine electronic management system, rendering it an effective way to increase comfort, durability and fuel-efficiency even for vehicles which were never available with an automatic transmission, to the point that even modern versions of the classic Lada Niva with sequential port-injection and distributorless ignition could benefit from this feature. 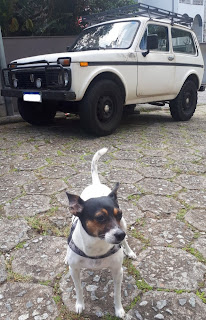 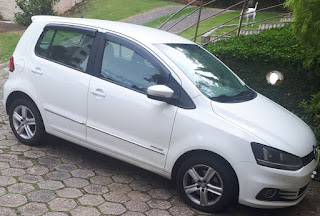 Besides the lower cost comparing a single-clutch automated-manual transmission to both an automatic or a dual-clutch transmission, rendering it a good option for emerging markets where the economics of scale can be favored by sharing most components with the regular manual transmissions on cars such as the Volkswagen Fox, it's also noticeable the failures on single-clutch AMTs is usually more related to electro-hydraulic actuators than to the internals of the gearbox or the clutch pack, while for dual-clutch transmissions it's not unusual to have clutch pack failures which may damage the entire transmission. A simpler approach may not provide all the advantages from its more sophisticated counterparts, such as the claimed seamless and faster shift which rendered DCTs widely praised, but a lower overall cost is worth to consider. So, even though it might not be always understood by the average Joe, the concept of a single-clutch automated-manual transmission is still relevant. 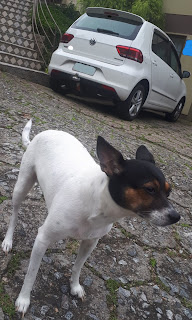 Postado por cRiPpLe_rOoStEr a.k.a. Kamikaze às 3:23 AM No comments: 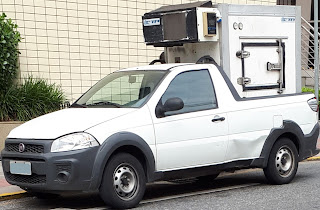 Mostly due to size and purchase price concerns, car-based trucklets such as the previous-generation Fiat Strada are taken seriously as a work vehicle in Brazil. The agility of a small vehicle on the heavy urban traffic benefits the operation with small loads, however the monocoque body becomes troublesome to fit special load compartments which would handle more efficiently either a slightly larger amount of the refrigerated items or allow a better integration to the stock vehicle. Resale value is also often taken as a priority, and dealing with the removal of a specialized truck body to fit another more appealing to the average Joe is as much as a matter of concern as the cost of the refrigeration equipment. A detachable refrigerated module which fits inside the pick-up box, eventually being titled as an "interchangeable body", makes it easier to address with the needs and preferences of many commercial operators who require a more compact vehicle and are not willing to compromise much of its original features once the time comes for resale. 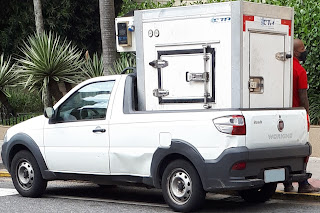 Postado por cRiPpLe_rOoStEr a.k.a. Kamikaze às 1:10 AM No comments: