What would be a nice engine swap option for a Renault 21/Medallion? 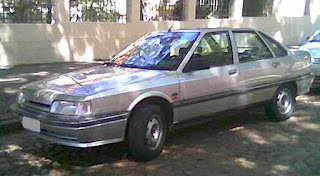 The good old Renault 21 is one of those cars from the 80's thru 90's that is nowadays mostly neglected, but has some potential for cool projects such as engine swaps. While the versions fitted with smaller engines (up to 1.7L, except a 1.6L available only in Colombia and Argentina) had it mounted in transverse position, the bigger engines (1.9L and 2.1L Diesel, 2.0L and 2.2L gasoline) were fitted longitudinally, so there's enough space to mount even a small-block V8 inside. Its original transmission can easily handle the output of engines such as the Ford 302W, being used in South African replicas of the classic Ford GT40, for example. 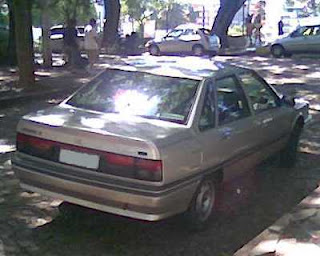 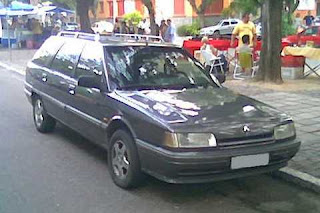 Personally, if I were looking for a V8 to put into a Renault 21 I'd rather get a small-block Chevy, either the classic one or the LS-series, or maybe consider a V6 in order to avoid turning it too nose-heavy. Other possibilities could be some Subaru Boxer engine, either a flat-4 or a flat-6 out of a Legacy, favored due to their lower center of gravity and the shorter overall lenght that sets the weight a little back. Even though some folks are still skeptical about the suitability of front-wheel drive with a relatively high-performance engine, the longitudinal layout allow the half-shafts to be fully symmetrical, avoiding issues such as the torque-steer. 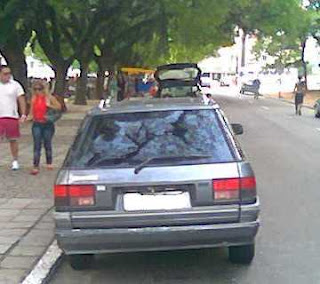 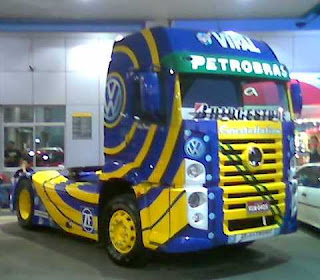 Aerodynamic fairings are not so usual in Brazilian trucks. In spite of their benefits to the mileage, it's hard to ensure they're going to last long in the harsh conditions of local roads. This one, specifically, only had them in order to be used as a mobile billboard promoting the Brazilian Formula Truck racing series, even though it doesn't match so closely the racer looks because of the cabin position and the presence of a sleeper, while the racing rigs use a day-cab modified to sit lower and a little backwards, with a shorter front overhang. 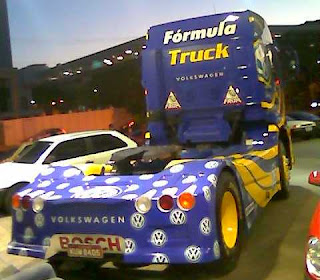