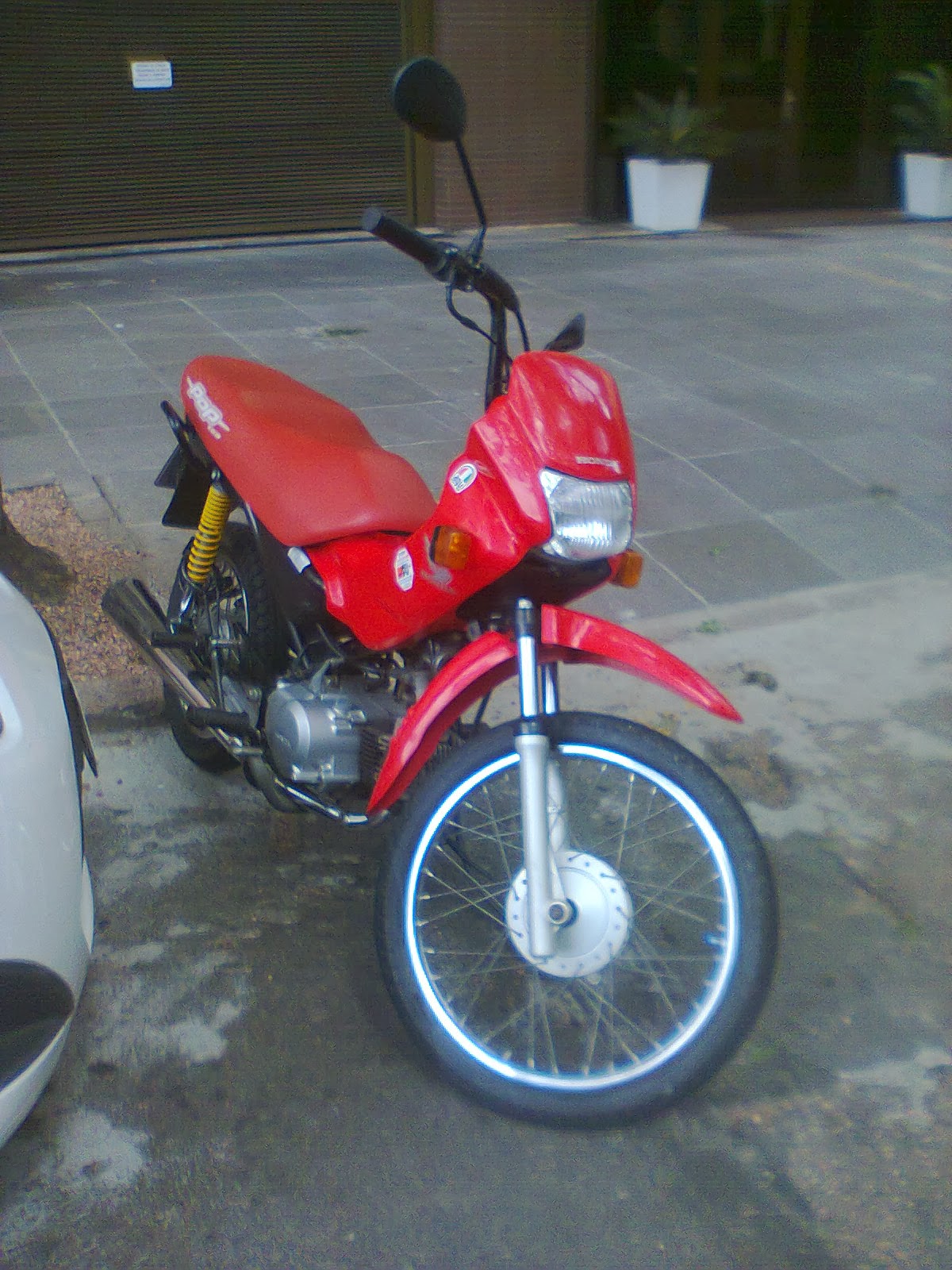 One of the most controversial among the entry-level motorcycles in Brazil, with a hate-it-or-love it design and the lack of many comfort and safety features such as electric start and front disc brakes not even as optional items, the Honda Pop 100 was introduced in late 2006, and is often pointed out as just a simplified version of the Super Cub series because of its backbone-tube frame layout and the engine slanted to the front. 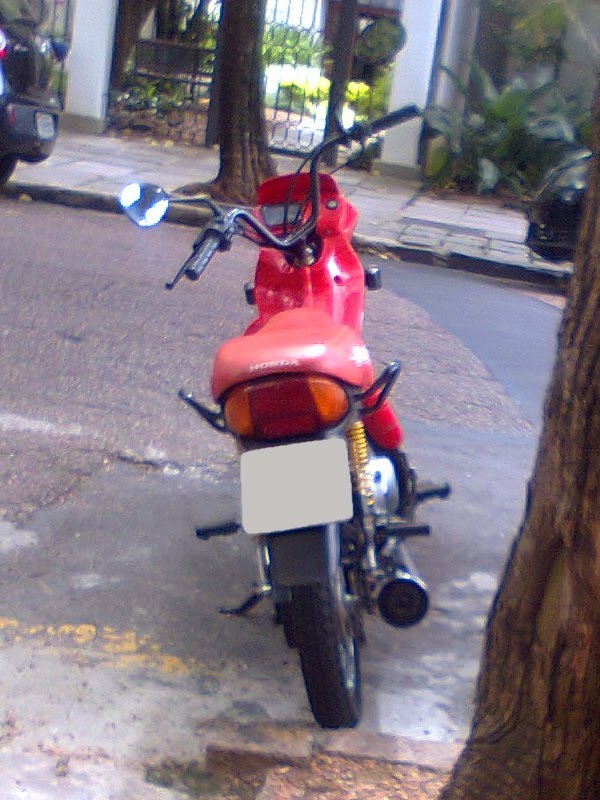 Unlike the Super Cub, however, it doesn't have the underseat storage space, the scooter-like fairings and the automatic clutch, turning it into a less attractive option for unskilled riders who look at a low-displacement motorcycle just for occasional urban commutting. Its carburettor-fed 97,1cc single-cylinder air-cooled engine is not a speed-demon with its 6hp/7N.m, altough it still goes above the minimum 60 km/h minimum speed limit for motorcycles to be legally allowed for highway traffic in Brazil, and the average fuel consumption goes around 40 km/l (roughly 100 U.S. MPG). 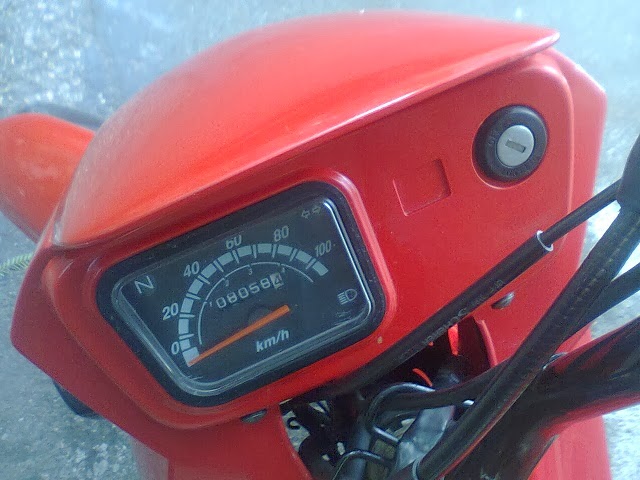 Its dash has only the speedometer with an odometer and the check-lights for the turn signals, high-beam and neutral gear. There's not even a fuel level indicator, which became mainstream even among the Chinese entry-level motorcycles. Honda's strategy with the Pop 100 has been to offer a lower-cost option to counter-attack Chinese manufacturers who usually offer rip-offs of Honda designs such as the Super Cub and the CG 125, which in spite of offering many features not available in the original ones, including front-wheel disc brake with mechanical ABS in some models, still don't have as many dealers nationwide as Honda does. 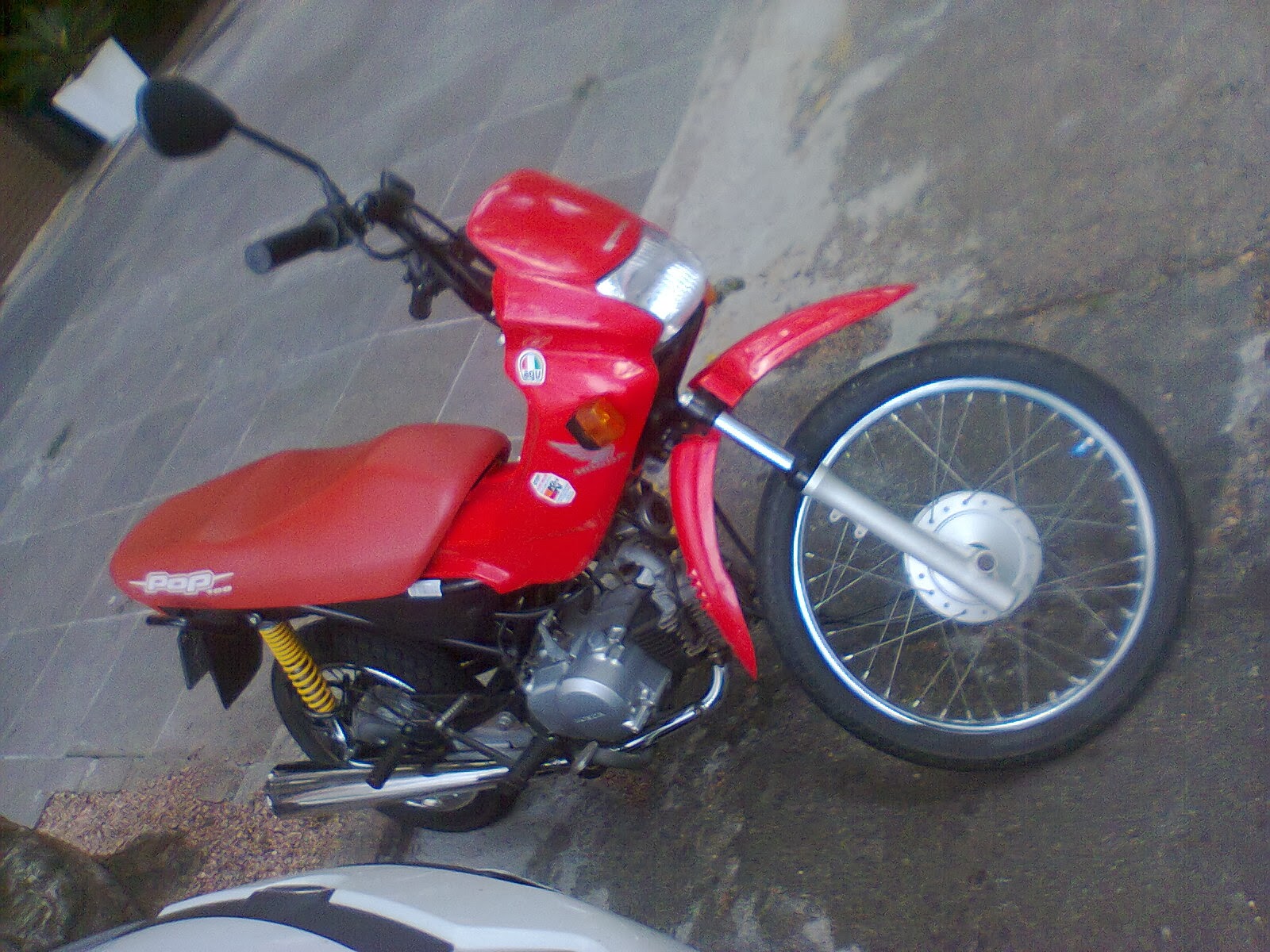 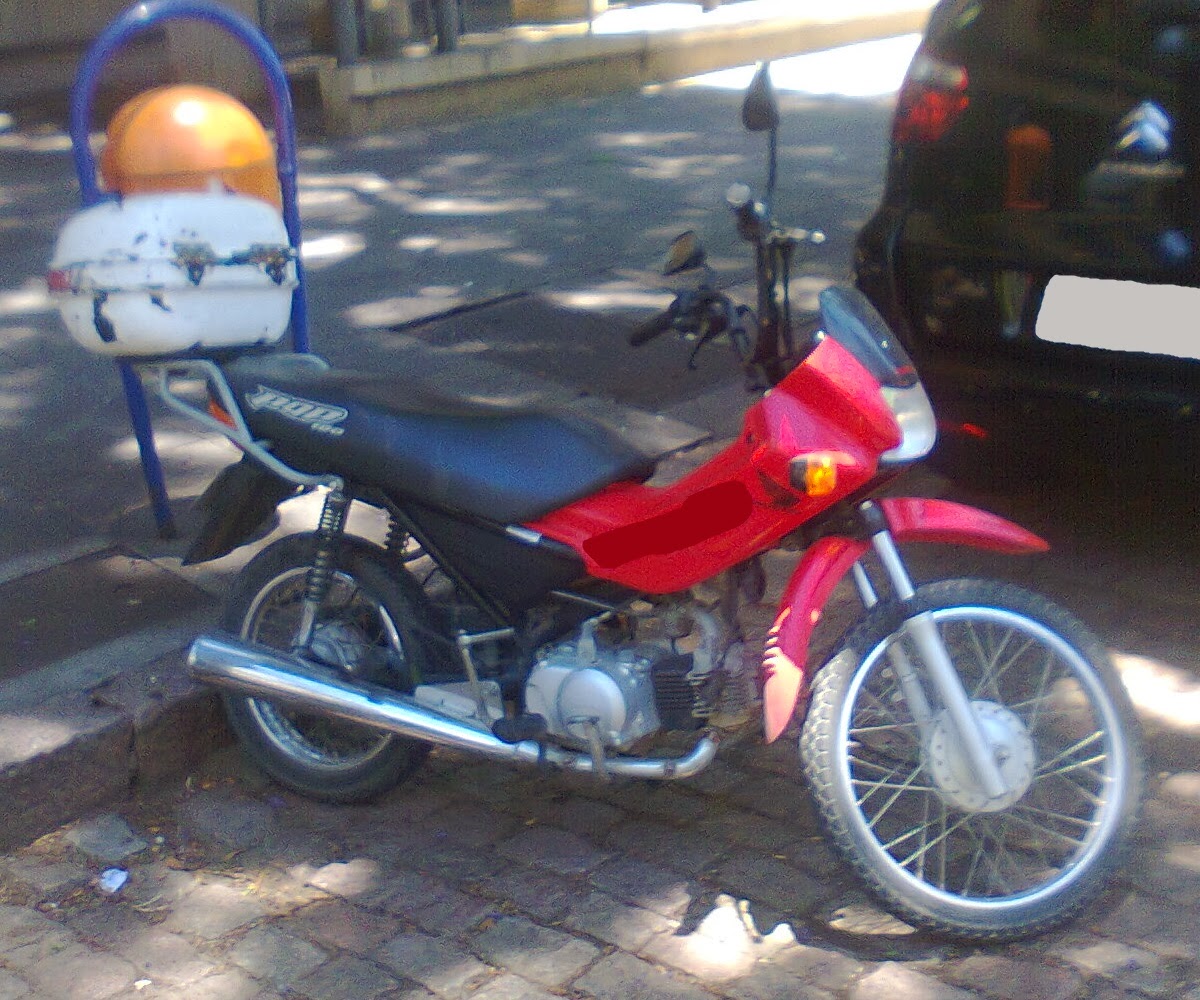 Similar motorcycles from Chinese manufacturers cost no more than US$900 in Uruguay, while in Brazil due to higher taxes they would cost the equivalent to some US$1200, but Honda charges close to US$2000, which doesn't make it so popular, being quite overpriced due to its poor equipment level. 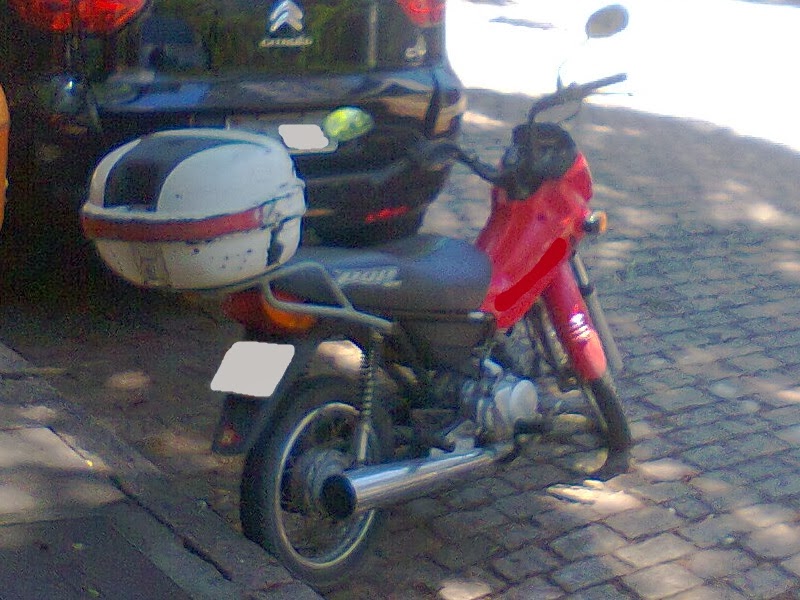 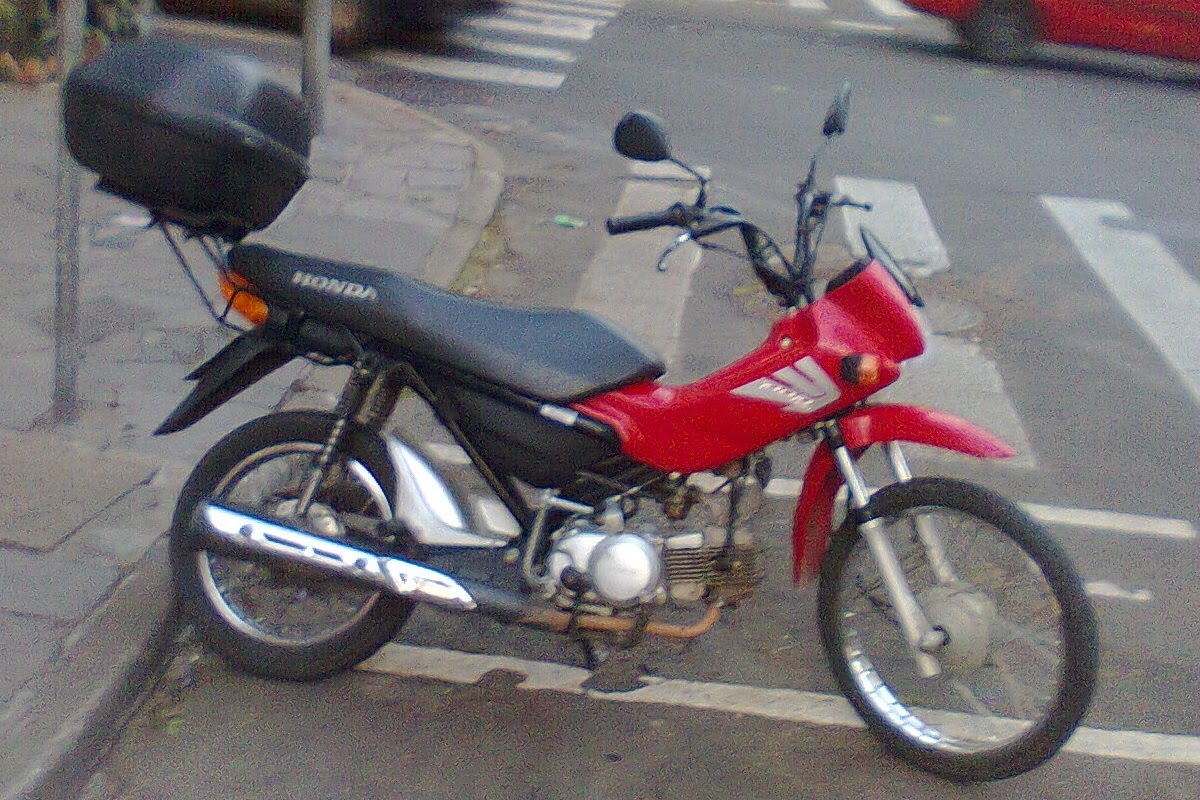 In spite of its unattractive features, there is still some market for the Pop 100, mostly due to the brand-loyalty developed around Honda in Brazil until mid '90s, when its local monopoly for 4-stroke motorcycles below 250cc began to decline. 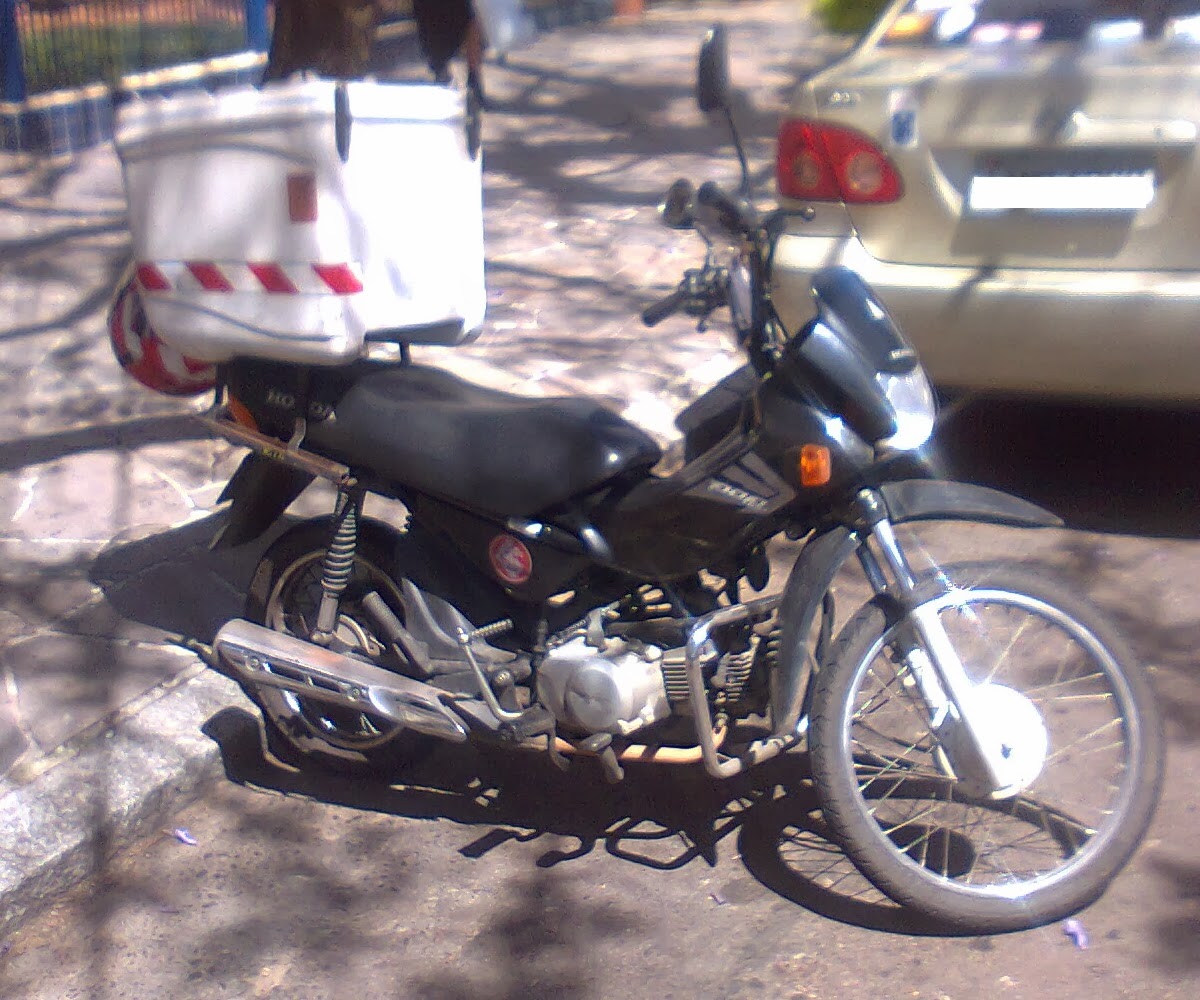 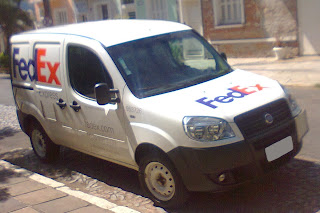 Fiat Doblò Cargo (1st generation, facelifted) from the Brazilian branch of FedEx, spotted in Porto Alegre a few days ago. This little beauty is fitted with a 1.4L SOHC 8-valve flexfuel engine (a 1.8L 16-valve is available as option) and a 5-speed manual transmission, rated to a 620kg (1367lbs) payload. This model is still made in Brazil, while the 2nd generation is made only in Turkey and more successful in export markets.
Postado por cRiPpLe_rOoStEr a.k.a. Kamikaze às 12:00 AM No comments: