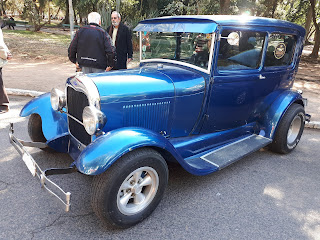 Naturally it might be easier to look at some ancient cars such as a Ford Model A as if they were nothing more than a historical curiosity, either stock or hot-rodded. Odd enough, as the time went on, it became way more common to see them with some modifications either for looks or for functionality, including the fitment of a more modern engine and other improvements to brakes and suspension for instance. No wonder such a beauty could be tempting to eventually still serve as a daily-driver, and at least 5 reasons could be pointed out:

1 - it may look cool: sure it's a more subjective aspect, but the classic appearance of a hot-rod has its fair share of beauty, and it's quite obvious that nowadays a Ford Model A Tudor for instance would stand out of the crowd;

2 - the owner may limit how "modern" the car could be: with so many technical changes within the automotive industry, newer features were becoming more widespread on new vehicles and increasing their complexity. And even though basically every modern body-on-frame pick-up truck may highlight the suitability of such improvements to some older body-on-frame cars, some owners may have their own preferences on how much of such features would be desirable to have, considering most of those were not mandated when the cars more sought after by hot-rodders were originally manufactured;

3 - engine/transmission options may vary: even though the most orthodox definition of a hot-rod has been focused on American V8 engines, with the corresponding toll on fuel-efficiency applying, other engine types can also be fitted. Also considering how a stock 4-cyl engine of a Ford Model A could be souped-up before the small-block V8 engines became mainstream across the Big Three after World War II, even something which could be seen as "unorthodox" such as either a 4-cyl turbocharged gasser or even a turbodiesel could serve just right. And automatic transmissions to improve comfort in town are also not out of question;

5 - the owner may have the chance to know better the car: unlike newer cars which have been too complex for the average Joe to perform maintenance at home, hot-rods have usually been way more engaging, and their owners more mechanically-inclined and willing to learn all the aspects pertaining to how the car works. 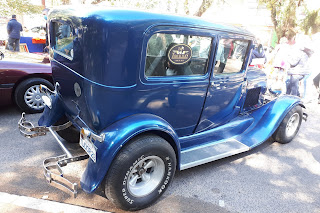 Postado por cRiPpLe_rOoStEr a.k.a. Kamikaze às 12:22 AM No comments: 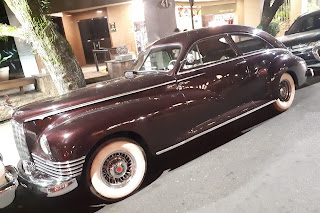 A beauty which may be rare even in the United States, as the Packard Clipper had been introduced just a few months prior to the Pearl Harbor attack, this '42 Super Clipper Special Club Sedan is definitely a historical benchmark on its own. Also remarkable is the straight-8 engine with the crankshaft supported by 9 main bearings, while the standards of its era would deem 5 main bearings acceptable for a competitive straight-8, even though the valvetrain retained the sidevalve/flathead layout. Odd enough, Packard's straight-8 engine performed similar to the OHV V8 engines which were experiencing an increased popularity in the postwar. 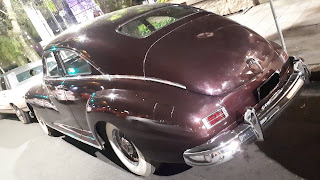 Postado por cRiPpLe_rOoStEr a.k.a. Kamikaze às 2:35 AM No comments: