The rise of Chinese automobile industry has been at some moments under scrutiny due to the lack of any respect to intellectual property of major automakers, and one of its most noticeable traces was the dumping of low-quality copies of Suzuki and Mitsubishi kei-class trucklets and microvans which in the United States were supposed to be meant for off-road use only, while still road-legal nearly everywhere else and taking over most of the small pick-up truck market in parts of Latin America and Africa despite the poor performance and deplorable quality. A simple body-on-frame layout with longitudinal engine and live-axle rear-wheel drive may seem appealing for some customers, in contrast to the front-wheel drive most often featured to the Brazilian coupé-utilities which end up being not so crude compared to their Chinese contenders which took over a considerable market-share on regional export markets. Even if copying the kei-class designs with a handful of modifications to increase the payload ratings was the easiest approach, it's undeniable some customers would rather prefer the more car-like experience more likely to be found on some coupé-utility trucklet, of which at least 5 are quite surprising that no Chinese copy is made: 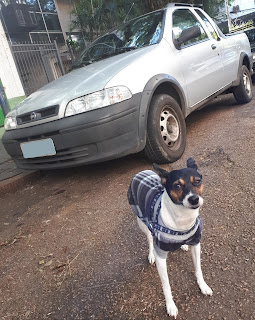 1 - Fiat Strada (1st generation): based on the 1st generation of the Fiat Palio, which had been not only made in China by the former Nanjing-Fiat joint-venture but also copied by Zotye Auto which applied to its models a powertrain copied from Mitsubishi. 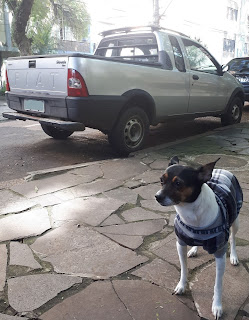 Considering not only the tooling which had once been installed in China for local manufacturing of the platform which the Strada was based upon, but its suitability to other engines and transmissions which could be supplied locally, it's quite surprising this model was never copied by any Chinese automaker. 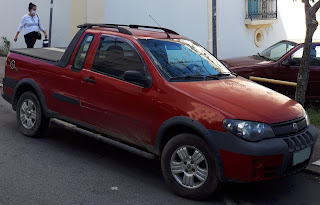 Being one of the first models placing a greater emphasis on leisure use, pioneering the extended cabin at its class in Brazil and having been also offered in the Adventure trim which appealed to recreational off-roaders despite being only front-wheel drive, the Fiat Strada remained effective as a workhorse at the same time and is still sought after by commercial operators in Brazil due to a total cost of ownership perceived as lower even than some Diesel-powered versions of the traditional body-on-frame mid-size trucks. 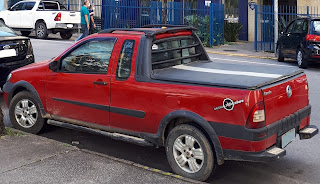 Even though the extended cabin still had only 2 seats, at least until 2008 it used to be more common to find 4-seater conversions which are actually illegal in Brazil, and prompting the local branch of Fiat to release a crew-cab version which in 2013 got a right-hand rear door attempting to improve access to the rear bench seat. 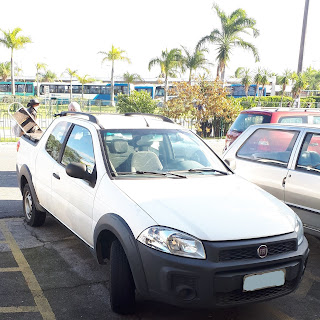 While the 1st-generation Strada had been offered on both left-hand drive and right-hand drive, which means its design remains easily adaptable to nearly any country still flooded by those copies of kei-class trucklets, it's unlikely that any random obscure Chinese automaker would attempt to provide a left-hand rear door which would be suitable to RHD markets if this model eventually becomes copied in China; 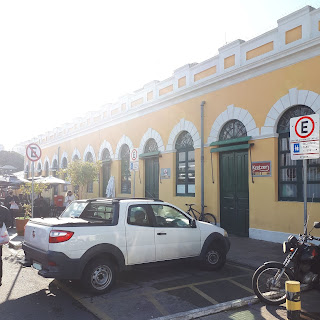 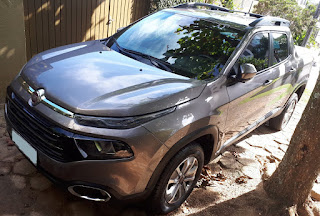 2 - Fiat Toro: meant to fill the gap between the compact trucklets and the grown-up generations of the traditional mid-size trucks which became noticeably larger between 2005 and 2012, it was released in 2015 relying on the same underpinnings of the Jeep Renegade. 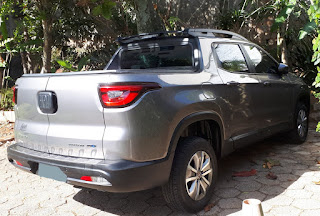 Featuring a transverse engine and independent suspension all-around, the Fiat Toro has been offered on both front-wheel and all-wheel drive according to the engine options, but its size may eventually lead to an easy adaptation of at least its design cues to the body-on-frame layout with a longitudinal engine and either rear-wheel or 4-wheel drive still more often found on the mid-size trucks it was meant to compete against. 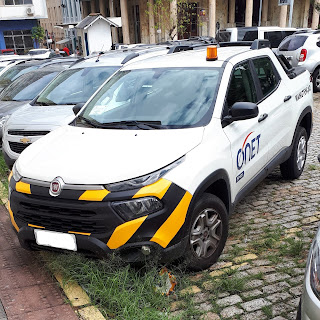 Even though a departure from the comparatively more advanced underpinnings of the Fiat Toro to some random copy of Isuzu designs from the '90s could seem pointless at first, such approach could render it more likely to become an "inspiration" for those weird Chinese copies; 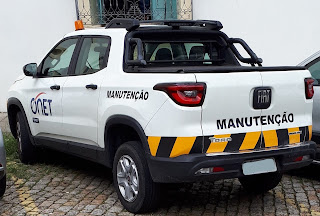 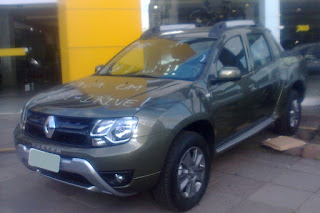 3 - Renault Oroch: just like the Fiat Toro, this derivative of the Dacia Duster is also suitable to both the front-wheel drive layout which is the only one available in Brazil where it's made and the 4-wheel drive which has been an export-only option despite all having the same fully-independent suspension featured to the 4WD versions of the Duster, even though it would not really surprise me if some random obscure Chinese automaker decides to work around to fit a longitudinal engine and live-axle rear-wheel drive to a copy of its unibody; 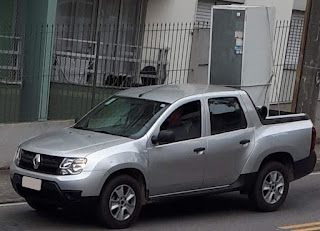 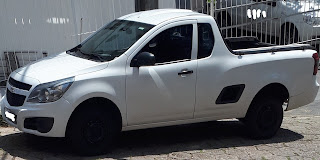 4 - Chevrolet Montana/Tornado/Utility (2nd generation): while the switch from the underpinnings of the much more sophisticated Opel Corsa C to a simpler design shared with the Opel Corsa B was not so well-received in Brazil, the 2nd generation of the Brazilian Chevrolet Montana renamed Tornado in Mexico had been a market leader in South Africa where it was renamed Utility and had been for a while the only commercial vehicle in the Chevrolet range until GM retreated from there in late 2017. 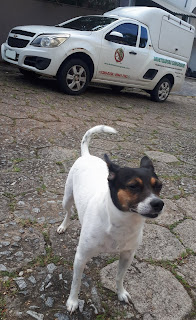 The same underpinnings of the Opel Corsa B having been previously used in the Chinese market by the SAIC-GM joint-venture could make it easier to find samples and do the reverse-engineering in case any obscure automaker tried the same strategy applied to all those copies of Japanese kei-class trucklets and microvans, even though a SAIC-GM-Wuling joint-venture still resorting to ancient designs copied from Mitsubishi on trucklets, microvans and even compact SUVs may be a clear indicator that any switch to FWD on Chinese light-duty commercial vehicles won't happen anytime soon; 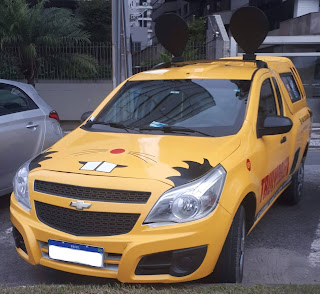 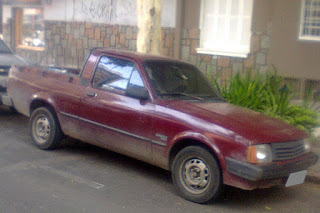 5 - Chevy 500: even though it may be seen as outdated to the same extent of those designs copied from body-on-frame Japanese kei-class trucklets since the '80s, this derivative of the Chevrolet Chevette also had a longitudinal engine and rear-wheel drive soldiering on in South America until '95. 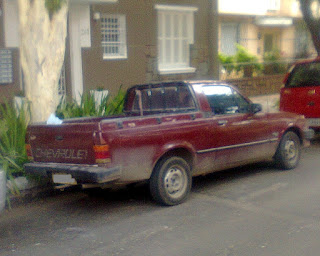 Still praised by both private owners who look at rear-wheel drive as better suited to a "sporty" driving and many commercial operators who prefer to have the driven wheels where the load is, obviously the styling cues of the Chevy 500 would require a lot of re-engineering to increase its appeal to customers and to provide safety features such as ABS brakes, even though at a first glance it may be way harder to accomplish with an unibody compared to the body-on-frame design. 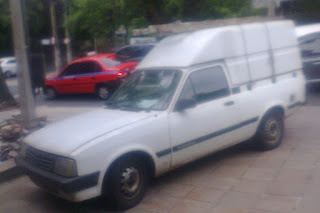 Any eventual adaptations to enable the underpinnings of the Chevy 500 to serve modernized derivatives would presumably sound pointless at first, but it's worth notice this has not prevented older Suzuki and Mitsubishi designs from having been copied by almost every Chinese automaker at least once and many still do exactly this, even though the styling cues from the '80s and early '90s may have been left behind. 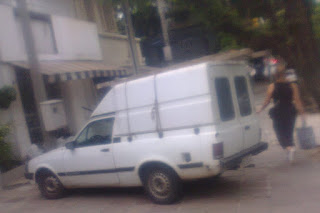 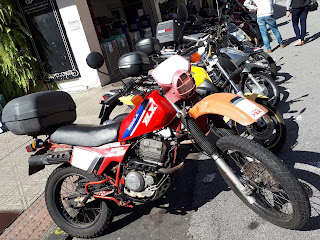 It's not any breaking news the Honda XLX 250 was one of the most successful dual-purpose motorcycles in Brazil during the '80s and early '90s, with its 4-valve RFVC engine with a single camshaft. It's still not unusual to see some which remain used as a daily commuter, even though their owners may prefer to do subtle upgrades. This one featured a front disc brake swap (originally it had drums all-around) and what has caught my attention even more, the stock engine was replaced by the same DOHC one fitted to the Honda CBF 250 (known as Honda CBX 250 Twister in the local market) and to the Brazilian XR 250 Tornado from 2001 to 2009 and for export markets until 2012.
Postado por cRiPpLe_rOoStEr a.k.a. Kamikaze às 1:47 AM No comments: 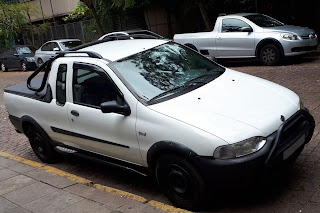 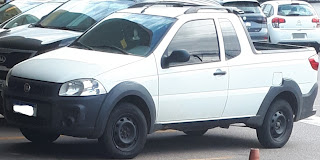 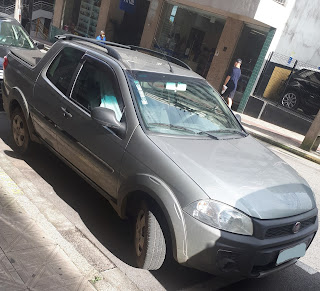 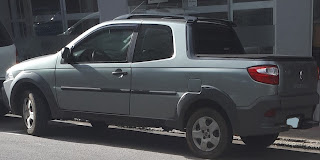 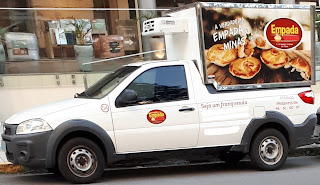 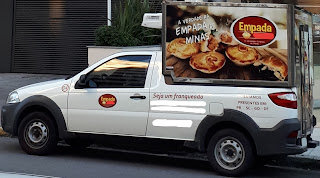