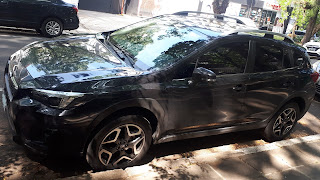 Even though much of Subaru's marketing nowadays has been associated with the boxer/flat engine and the all-wheel drive, its mechanics are not the easiest to struggle with. Even considering how the AWD may be a good sales point for the off-road themed XV/Crosstrek trim, which is the only available with the hatchback bodystyle in my country nowadays, it not being usually taken to serious off-roading may render such feature effectively useless for the average Joe. And honestly, due to the longitudinal engine position which is a must for a boxer, it may sound tempting to replace it with something else while also converting to rear-wheel drive only. I would at least take a look at 5 engines if I were going to do such:

1 - Cummins ISF2.8/R2.8: as it caters to Asian utility vehicles with engine bays quite cramped, even though a rear-wheel drive setup would also be required to ease the task of overcoming clearence issues in a Subaru, the Cummins ISF2.8 or its aftermarket-oriented R2.8 derivative available in the United States and Canada would be among my possible choices. I am quite partial to Diesels, and since the R2.8 is meant as an option to the gasoline-powered ubiquitous small-block V8 engines more frequently swapped into nearly everything, it seems quite down-to-earth compared to other engines which would require major structural changes to allow a clean-looking installation;

2 - Chevrolet small-block V8: an engine that nearly everyone loves. Either some first-generation one or the latest designs with some newer tech incorporated, the relatively compact packaging makes it a cost-effective option for high output;

3 - Nissan TB48DE: this straight-six masterpiece, which currently has a limited availability along the Y61 Nissan Patrol, has a strong aftermarket scene in the Middle East. Even though it usually has a quite conservative tune, turbocharging and other tuning allow it to exceed 1000hp with some reliability;

4 - Toyota 1GR-FE: not exactly a favorite of mine, but it also has some aftermarket support overseas which is also interesting when it comes to a performance enhancement. Toyota being a stakeholder on Fuji Heavy Industries also makes it sound more reasonable at all;

5 - Chrysler Hemi Hellcat: one of the most exciting engines in recent times, sure the Hellcat would be a good option too. 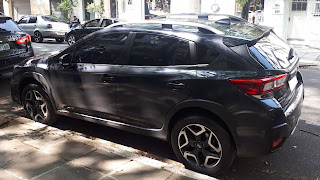 Why going too sophisticated for a light-duty turbodiesel engine while a medium-duty follows a seemingly simpler approach? 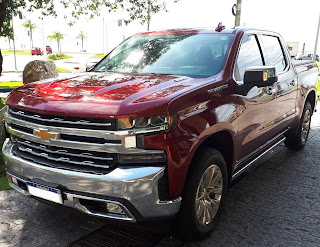 The availability of a 3.0L straight-6 turbodiesel with a chain-driven DOHC valvetrain in the Chevrolet Silverado 1500, holding the distiction of being the sole powerplant available officially in some export markets such as Paraguay, has led to questions such as why not going bigger in displacement in order to keep a simpler (and presumably cheaper-to-manufacture) configuration. The usual marketing approach, highlighting features such as towing capacity, may eventually justify some interest on technical features of engines fitted to medium-duty trucks such as the Brazilian Volkswagen Constellation 23-230 with its 4-cylinder 4.6L MAN D0834 engine which often has to deal with a gross vehicle weight rating greater than the gross combined weight of a Silverado coupled to a trailer at its maximum tow rating. There are other aspects to take into account, such as the amount of cylinders being often pointed out as a premium feature even in a lower-displacement engine, and how customers of different segments may expect the power and torque curves to adjust to their effective needs.

While the Duramax LM2 fitted to the Silverado is rated at 277hp at 3750 RPM and 624Nm from 1500 to 3000 RPM, there are conflicting claims for the power and torque figures of the MAN D0834 LOH63, so it may be tempting to consider the LOH64 spec which is compliant to a stricter emissions regulation and has pretty much unchanged ratings even though the peak RPM bands presented are less conflicting with 220hp at 2300 RPM and 850Nm from 1300 to 1800 RPM. It's relevant to notice the magnitude of the differences between peak power and torque RPM which are roughly 63% greater for the Silverado, even though the displacement of the MAN engine is around 53% bigger. Considering the torque output of the Duramax is roughly 73.4% of what is claimed for the D08 in the trim fitted to the Volkswagen, if a 1.63:1 intermediate gear could be fitted at the flywheel of the smaller engine as an attempt to match a similar RPM output the multiplied torque would be around 19% higher at 1016Nm, which sounds quite impressive as the weight difference from the 212kg of the LM2 which is somewhat featherweight when it comes to a turbodiesel to the 510 or 530kg for the D08 which renders it 140 to 150% heavier.

While both engine configurations have their own tradeoffs, how the buying patterns on each segment is more or less willing to accept such issues also plays an important role at the strategy of manufacturers, and then it's understandable that a Silverado gets an aluminium block and chain-driven overhead cams in contrast to the vermicular graphite-iron alloy resorted by MAN which relies on a single gear-driven cam-in-block and overhead valves. It's worth to remind a light-duty truck is weight-sensitive not only due to strictly technical concerns, but also regulatory aspects such as the maximum GVWR allowed for holders of a car driving license and a minimum payload which could be required in order to register a Diesel-powered vehicle in countries such as Brazil unless it's either off-road capable or a minibus. In the end, even though a greater sophistication might seem excessive at a first glance, it's justifiable under some not-so-specific circumstances and actually crucial on more specific ones, and to a lesser extent it may even sound quite tempting to take one step further into the downsizing... 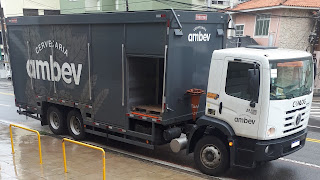