Chopper motorcycle based in a Czechoslovakian Jawa 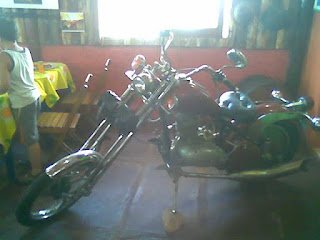 When we think about choppers, the first thing that comes across anyone's mind is usually a Harley-Davidson though it's not the only option. This old Czechoslovakian Jawa fitted with a 2-stroke 250cc engine, for example, was turned into a chopper in Brazil. I spotted it in some coastal city of Rio Grande do Sul state and, must confess, was kinda impressed to see a Soviet-engined chopper...

Postado por cRiPpLe_rOoStEr a.k.a. Kamikaze às 8:00 AM No comments: 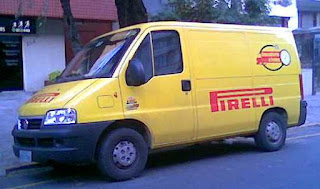 Buying a van for the business always involves some compromises between its features and what suits better to the job it becomes designated. Front-wheel drive setups are often pointed out to be "weak" under heavier loads, while rear-wheel drive is still usually perceived by commercial operators as having superior traction when loaded. However, other factors such as stability, comfort and boarding height also play their role. No matter if it's a puller like the Fiat Ducato or a pusher like the Mercedes-Benz Sprinter, both configurations give reasons to either support or dismiss them. 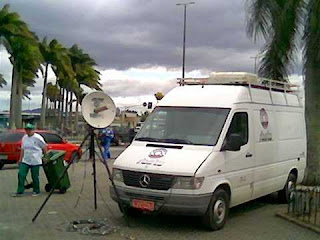 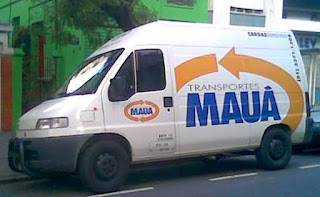 Due to their overall height, big vans tend to have the center of gravity set higher than a typical automobile. In this scenario, there is a clear advantage to front-wheel drive as its tends to understeer while cornering at higher speeds in opposition to going tail-happy like a rear-wheel drive would. These handling characteristics being closer to those of an average minivan are highly desirable for unexperienced drivers, and are also safer under low grip conditions such as heavy rain or when there is snow or ice in the pathway. The space constraint requires the transaxles used in front-wheel drive vans to have a compact and lightweight packaging, which opens the possibility to share driveline components with minivans and can decrease development costs due to the economics of scale. 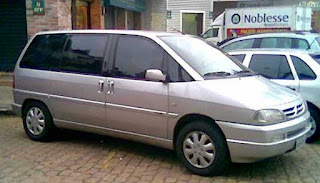 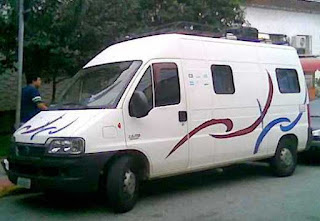 Front-wheel drive advantages are noticeable not just in leisure applications such as motorhomes and campervans but also in highly-demanding professional uses such as ambulances. The compact, lightweight and set-forward driveline decreases the amounts of inertia and friction, being more favorable to the fuel-efficiency and overall performance. There are fewer clearance issues too, so the floor can be set lower in order to enhance the interior height without any effect to the overall exterior dimensions. All the special equipment added can also be set at a lower position, and eventually closer to the center of the vehicle, and then the center of gravity also goes down which is the best to improve stability. On a sidenote, since transverse engine is prevalent in front-wheel drive vans, there is fewer intrusion of the powertrain to the cabin compared to rear-wheel drive vans with longitudinal engine, thus decreasing the noise and heat irradiation. 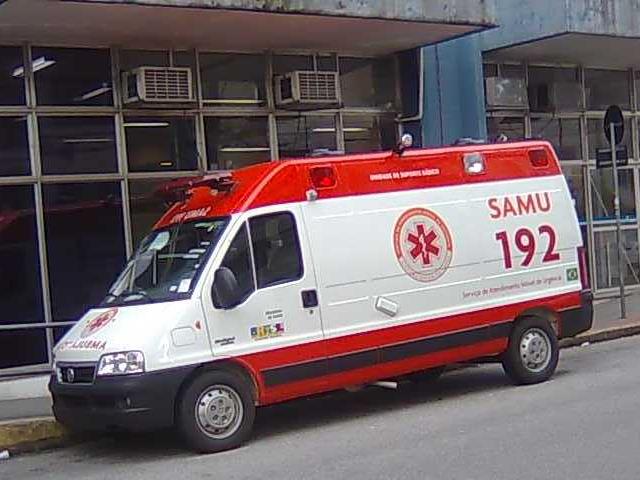 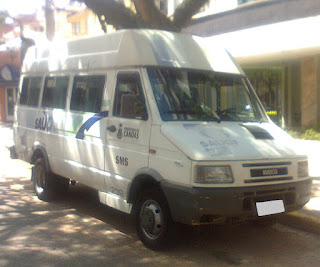 The weight bias between the axles under load is often pointed to turn in favor of rear-wheel drive vans, such as the Iveco Daily in opposition to the already-mentioned Fiat Ducato, but it's not exactly an absolute truth. A shorter rear overhang, as well as proper restraining of either the cargo or passengers aboard, are effective measures to keep the weight closer to the centerline of the vehicle, so there is fewer weight transfer to the rear axle while driving uphill, for example. There are other resources such as traction control and differential lock that could also decrease the allegged disadvantage of front-wheel drive vans, but that's a whole different matter. 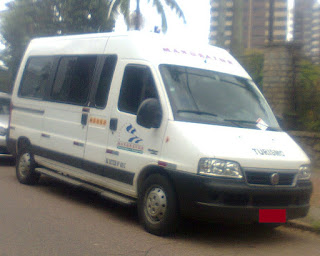 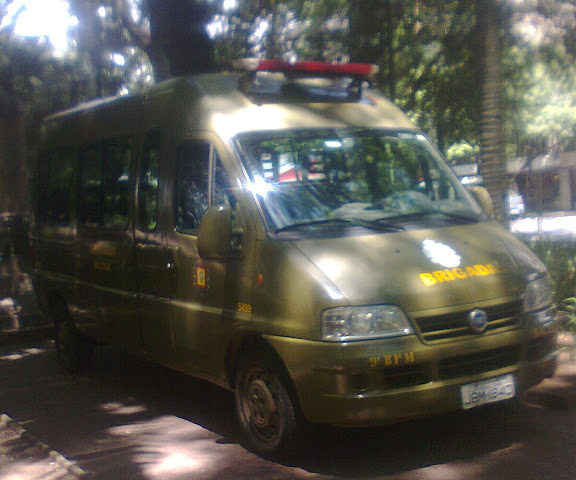 Another controversial aspect is the ruggedness. While independent front suspension and solid-axle rear suspension are an usual setup for both front and rear-wheel drive vans, the usage of CV joints still faces some fierce opposition from conservative customers who regard a solid drive axle as more reliable under severe operating conditions. There were times when axle-wrap was a valid excuse but it's not the case anymore, and front-wheel drive finds its way even for military and law enforcement applications, favored by the improved handling too. No surprise the Fiat Ducato is taking the place of the old Iveco Daily as the standard van for the Rio Grande do Sul State Military Police, for example. 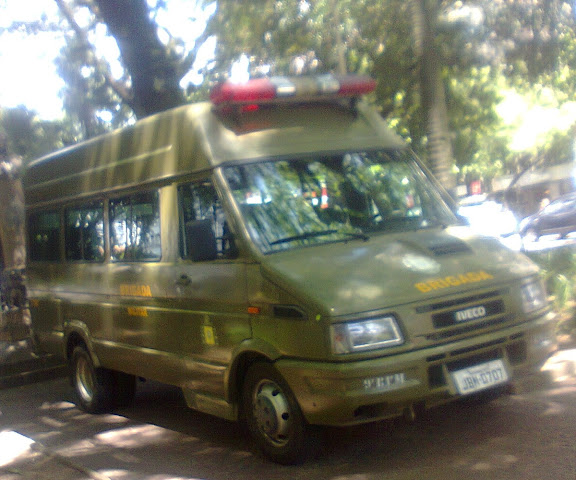 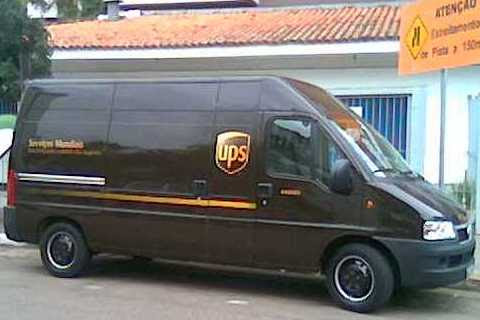 Though it's impossible to reach perfection, front-wheel drive is far from being just a makeshift for OEMs to go cheap, and may in fact become an advantageous option to many operators. From freight companies like UPS to secretaries of health in small towns, the comfort and safety enhancements are good enough to justify the switch to front-wheel drive vans, while the fuel savings are too hard to beat. That being said, they're not any worse than a rear-wheel drive van. 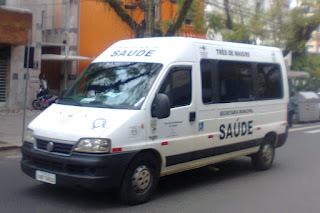 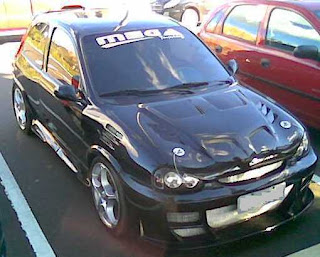 I'm not so sure about the exact reason for the appearing preference of Brazilian ricers for the Opel Corsa B, but its relatively affordable price and the availability of spare parts might be considered. Despite the looks, many are fitted with a 1.0L engine. Ambitious, but rubbish... 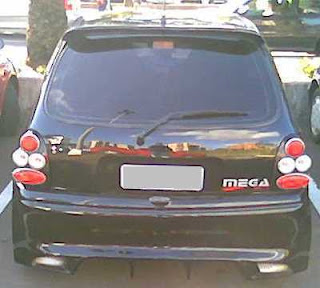 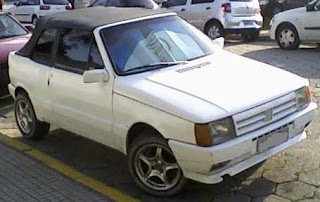 Due to import restrictions and the lack of options from the main players in the local automotive market in the 80's, aftermarket modifications held a high degree of popularity in Brazil. One of those was the cabriolet conversion offered by the Sulam company, and one of the models which it was available for was the Fiat Uno. I spotted this one in Florianópolis 8 years ago. Not sure about its engine, but most likely to be the "Fiasa" 1.3L.
Postado por cRiPpLe_rOoStEr a.k.a. Kamikaze às 12:07 AM 1 comment: 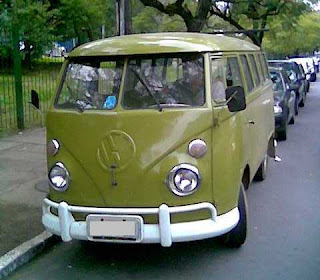 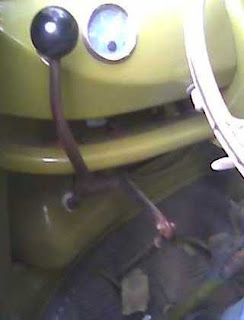 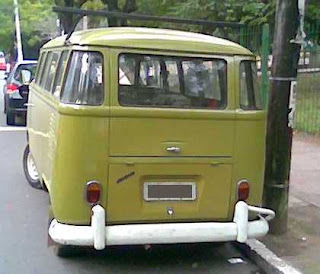 Postado por cRiPpLe_rOoStEr a.k.a. Kamikaze às 1:55 AM No comments: 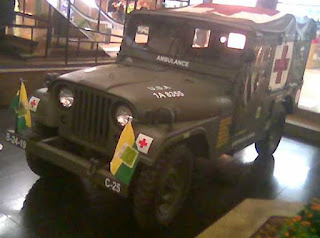 There were times, conditions and operational requirements that allowed a canvas-top ambulance, such as this Jeep M-170 from the Korean War era. 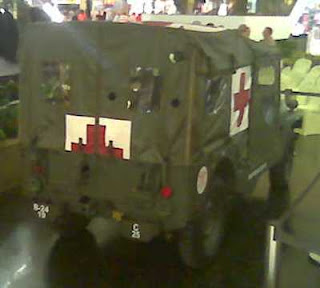 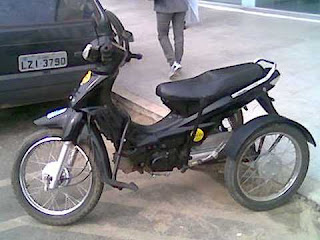 Some years ago, in the middle of a trip from Porto Alegre to Florianópolis, I saw this small tricycle converted from a Chinese imitation of the Honda C100 Biz "underbone" motorcycle. Considering the improvised nature of such vehicles, which in Brazil are more popular among disabled riders, it really surprised me that it had a differential instead of relying on a simpler rear-end setup. The rear axle came out of a Chevrolet Chevette/Opel Kadett C/Isuzu Gemini, but had to be narrowed in order to fit this tricycle, and was modified to become chain-driven instead of shaft-driven. On a sidenote, the responsible for this adaptation is a cousin of mine who lives in a small town located in Santa Catarina state. 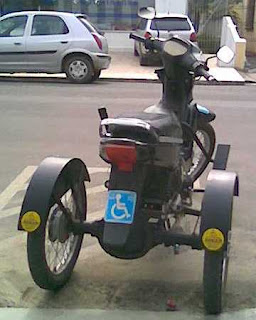