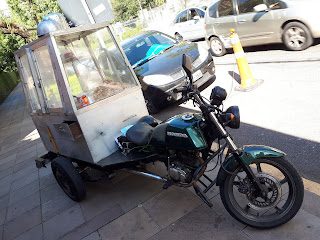 I met the owner of this Honda CG 125 tricycle when it still had the stock fuel tank and chain-drive. Besides adapting the tank of the Honda CB 400 from the '80s, in the meantime it had also been converted to shaft-drive. 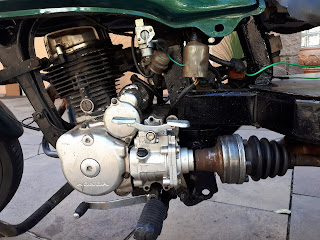 Enabling the coupling of a driveshaft to the secondary drive is an auxiliary gearbox that not only turns the sense of rotation in a 90-degree angle but also provides reversing. It's a common feature in many Chinese tricycles, but only recently it became more widespread in Brazilian conversions. 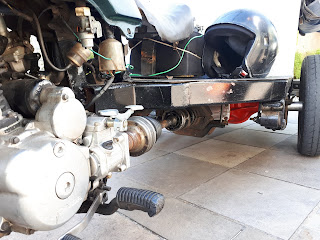 Originally converted by a company that is now defunct, it was basically rebuilt by its owner who made an entirely new rear subframe suitable to the fitment of an Asia Motors Towner/Daihatsu HiJet rear axle which also had to be narrowed and having the differential pumpkin relocated closer to the left edge of the axle in order to be properly alligned with the driveshaft. 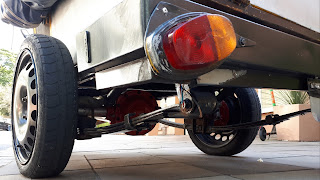 Final drive ratio is now lower than what was used when it still relied on chain-drive, decreasing the top speed, but for a strictly urban usage on short distances it's still suitable. 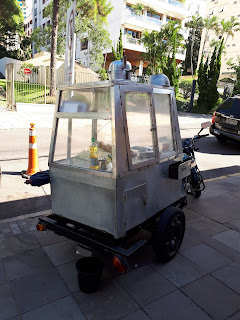 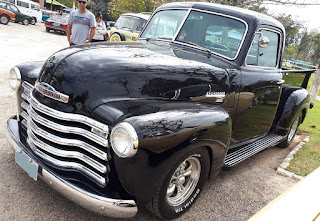 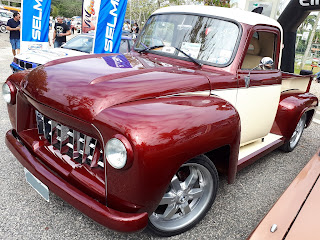 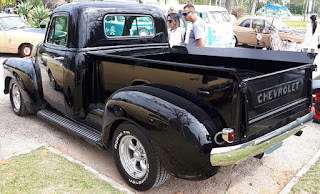 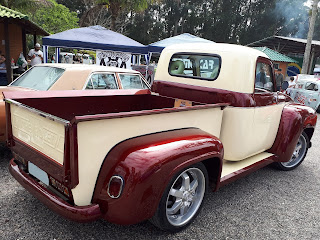