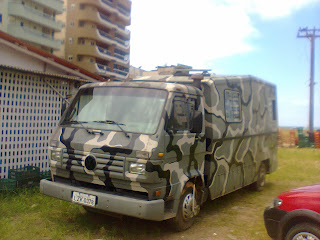 Volkswagen Truck & Bus, currently a division of the MAN Group, had its roots in South America, mostly Brazil, when Volkswagenwerk AG acquired the local assets of Chrysler in late 70s, and altough the passenger cars were quickly phased out, the Dodge truck platform still served as a base for Volkswagen branded trucks, all fitted with a forward-control cabin co-developed with MAN for the usage in its G90 truck series, and were also used in some U.S.-spec Peterbilt and Kenworth Mid-Ranger trucks which had their production outsourced to VW Truck & Bus in its earliest production site. In the early 90s due to an agreement with Ford, the trucks started to share the platform with the Ford Cargo and to be built at a former Ford factory at the Ipiranga neighborhood in São Paulo, until 1997 when the partnership ended, and Volkswagen developed its first all-new truck platform, known as "modular" and still in use. The truck shown in these pictures is a Volkswagen 8-140 (about 8-ton GVWR and roundly 140hp) set to be used as a K-9 unit by Santa Catarina State Military Police, powered by an MWM 4.10TCA engine with a 4.3L displacement, developing a power of 138hp at 2600RPM and a 430Nm torque from 1600RPM thru 2000RPM, backed by a 5-speed manual transmission. It was also available in Europe thru '94 to 2000, with the same engine, but it had a lower differential ratio borrowed from the naturally-aspirated (8-100) version available in the Brazilian market. MWM is currently merged with International Engines, and also outsources the local assembly of the MAN engines used in the current lineup of Volkswagen and MAN trucks, and also the 2.8L Duramax engine used by Chevrolet for its midsize pickup and SUV range. 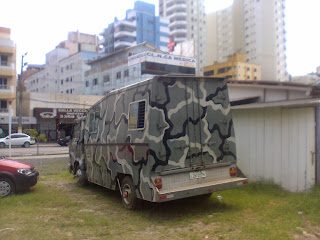 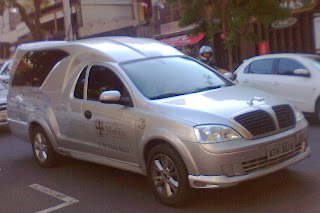 The low availability of new station-wagons, which were the stereotypical hearse for decades, is one of the factors leading to an increasement on the presence of those mini hearses in Brazil, but the ease to upfit a compact coupé-utility for the job is also to be taken into account. The vehicle featured is an early Chevrolet Montana, based in the platform of the Opel Corsa C and the Opel Combo, and was also available in South Africa as Opel Corsa Utility but didn't reach the European market. The open deck was extended and enclosed with a single-piece fiberglass canopy, totally integrated with the vehicle's original design, altough the taillights were replaced for the ones used in the Fiat Siena Fire, which was available in limited European markets as the Fiat Albea. The front grille seems to have been taken from the 1st-gen Kia Sorento, and there is a hood ornament resembling Jaguar's "leaping cat". 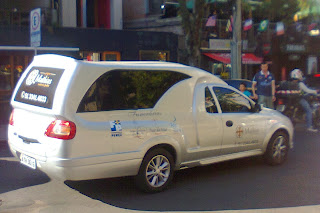 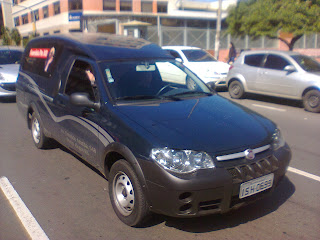 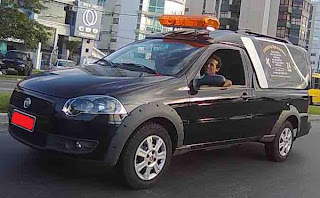 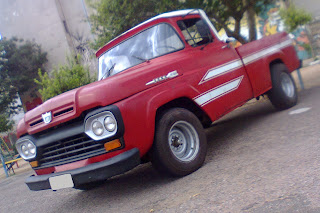 This Brazilian '64 Ford F-100 had the Y-Block 292cu.in. V8 replaced by a Brazilian-made MWM D-229-4 naturally-aspirated Diesel engine, a 4-cylinder close in size to the Cummins B-series. The 3-speed collumn-shifted manual transmission was also replaced by a floor-shifted 4-speed. 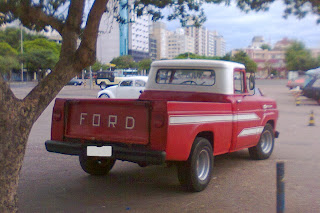 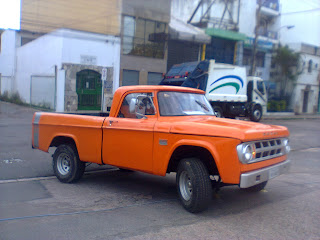 Dodge D-100, which had been also made in Brazil from '69 to '76, available only with the 318cu.in. V8 and a 3 on-the-tree manual transmission. One of the most popular engine for repowerings for this model in the Brazilian market was the Perkins 4-236, and a few ones had been even factory-fitted with this engine and a floor-shifted 4-speed manual transmission. 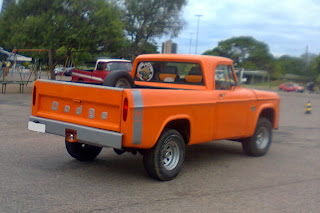