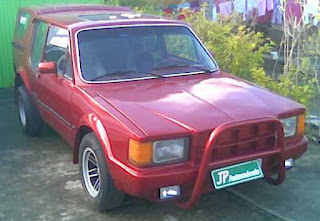 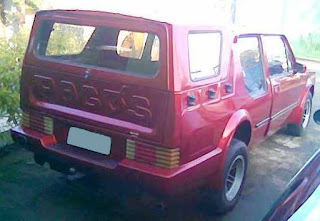 Postado por cRiPpLe_rOoStEr a.k.a. Kamikaze às 7:35 AM No comments: 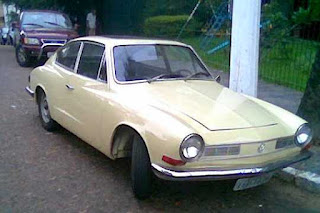 Made exclusively in Brazil, the '70-'75 Typ-145 Karmann-Ghia TC (Touring Coupé) is not so known among air-cooled Volkswagen fans all around the world as the early Typ-14 and the Typ-34 are. Basically it was a local counterpart to the Typ-34 and had a more conservative design more suitable to Brazilian tastes at the time, even resembling more the Typ-3 TL than the Typ-34 Karmann-Ghia. The 1600 engine with axial cooling fan and two single-barrel downdraft carburettors allowed it to incorporate the dual-trunk feature, while the longer roof provided a little more headroom for back-seat passengers, making it also more practical. 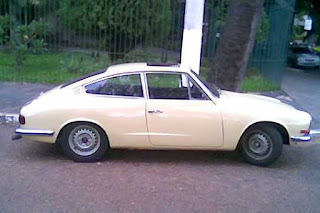 I used to see this '74 light tan Karmann-Ghia TC regularly when I resettled in my hometown in 2008. Apart from the aftermarket sunroof and the absence of the original hubcaps, it was in a great shape for a 34-years old car, especially considering that many of the same model had already succumbed to rust at that time. 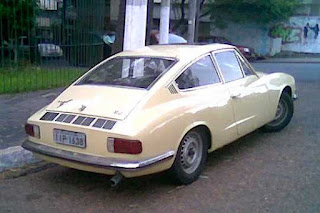 Postado por cRiPpLe_rOoStEr a.k.a. Kamikaze às 8:30 AM No comments: