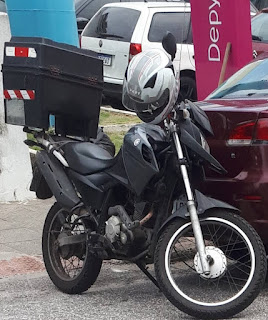 One kinda controversial aspect when it comes to small-displacement motorcycles, the availability of a front drum brake in some models used to be even more relevant in countries such as Brazil until a few years ago. Even when Yamaha released the XTZ 150 Crosser in 2014 as an eventual replacement to the XTZ 125, there were versions still fitted with front drum brake until at least 2017, in contrast to a front disc brake which was a standard fitment to the XTZ 125, according to Yamaha because in some parts of Brazil there was a demand for all-around drum brakes. Even though on motorcycles a drum brake tends to be most often mechanically operated, while the discs usually resort to hydraulics just like car brakes, the case against drums goes from its perception as "archaic" to the impossibility to be paired to the ABS system, which is not the case on cars which still use rear drums because of the hydraulic operation, or even trucks and buses which rely on air brakes to which all-around drums are not a problem to integrate the ABS. Had hydraulic drums been mainstream on motorcycles, maybe front drum brakes wouldn't be phased out entirely, even though the thermal conductibility of brake fluid eventually overheating and lead to a brake fading which is quite troublesome. 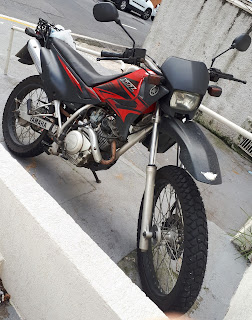 A rather crude engine, developed around the sidevalve gasoline-powered Mercedes-Benz M136 engine introduced in 1935, the OM636 was released in 1948 and introduced to some Mercedes-Benz vehicles in the following year, being fitted to a Mercedes-Benz car for the last time in 1958. Having soldiered on until 1976 on commercial vehicles, the Mercedes-Benz OM636 was phased out only in 1990, as it had a demand for other applications which included boats and agricultural machinery such as small combine harvesters. Even though some of its features such as the 3-bearing crankshaft, precombustion-chamber indirect injection and a gear-driven OHV valvetrain could already seem outdated in the late-'50s when Mercedes-Benz started switching over to chain-driven OHC valvetrains, the conservative mindset of a considerable amount of Diesel-engined car buyers leading both indirect injection and natural aspiration to keep some foothold until the Euro-3 emission standards could be favorable to an old-school engine like the OM636 for a longer time, even for cars and light-duty utility vehicles. As this engine had also been made in Spain under license, and fitted there mostly to vans and taxis, there are other vehicles that could eventually have been well suited to also resort to it, highlighting 5 among those: 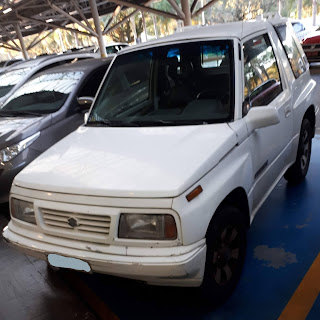 1 - Suzuki Vitara: having also been made under license in Spain, where the local preference for Diesel engines into 4WD vehicles favored the fitment of Peugeot XUD9 and later DW10 engines, odd enough a more austere engine could still have its appeal among operators who were more focused on utility and ease of maintenance. Not having a timing belt to replace would be still regarded a desirable feature; 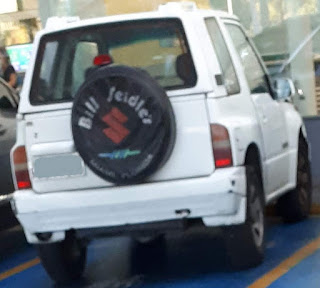 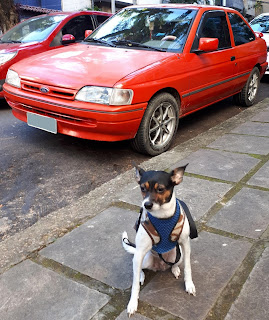 2 - Ford Escort Mk.5: even though Ford's own Endura-D engine within a similar displacement range had been available in some markets on both naturally-aspirated and turbocharged trims, and actually its power and torque ratings were slightly more appealing, the Endura-D it's undeniably a maintenance nightmare due to the timing arrangement. Having the injection pump driven by a crankshaft-driven belt or duplex chain according to the version, with the overhead camshaft driven from the injection pump through another belt, it adds a considerable amount of complexity which becomes quite annoying for a conservative operator. As the 1.8L Endura-D was itself developed from the 1.6L Dagenham/LT engine designed with some input from German Diesel engines specialist Deutz, and Ford has also resorted to assistence from other automakers such as the former PSA (now Stellantis) for light-duty Diesel engines, outsourcing from either Mercedes-Benz España or the former licensee ENMASA could be suitable to address the preference for a simpler, more reliable engine. Not to mention Ford resorted to Volkswagen engines for an overwhelming majority among regional variants of the Escort Mk.5 made in Brazil and Argentina, yet none was Diesel-powered; 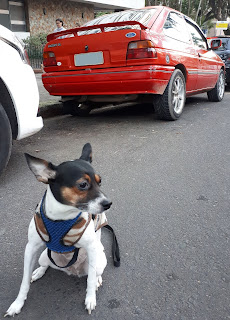 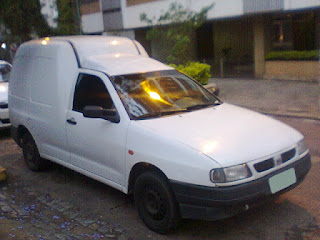 3 - SEAT Inca: before the Volkswagen takeover, SEAT had resorted to license-made Mercedes-Benz OM636 and OM621 engines for some of its Fiat derivatives, so there would've been some precedents to an eventual fitment of the OM636 to models developed already under Volkswagen ownership just like the Inca. On a sidenote, during Volkswagen's buyout of Auto Union from Daimler-Benz, a part of the deal was the access to development of what would become the EA827 engines range which originated the indirect-injection 1.9D and the direct-injection 1.9SDI engines fitted to the SEAT Inca; 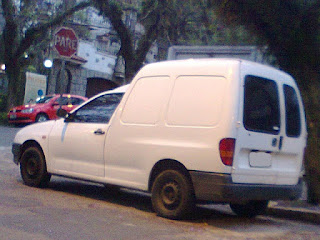 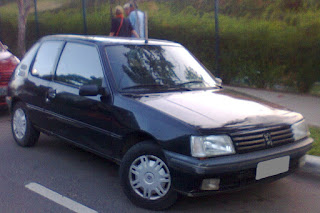 4 - Peugeot 205: sure it would sound hard to justify outsourcing a Diesel engine when PSA had been highlighted for its own powerplants, such as the XUD7 which was offered as an option for the Peugeot 205 either naturally-aspirated or turbocharged. As the XUD7 was also part of a modular engines range which embraced both spark-ignition and Diesel options, presumably the economics of scale would mean any other approach unlikely. On the other hand, basically the fitment of Simca Poissy engines to some Spanish-made versions of the 205 could suggest otherwise, as it was made at the former Barreiros Diesel factory in Madrid; 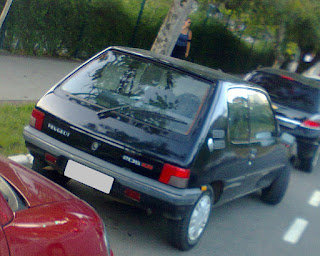 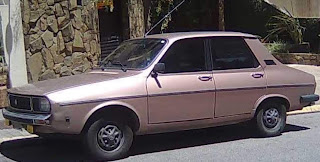 5 - Renault 12: its Spanish variants were made under license by the former FASA-Renault, only with gasoline-powered 1.4L Renault Cléon-Fonte engines. The absence of any Diesel variant of the Renault 12 or its derivatives elsewhere could've justified the outsourcing.

Postado por cRiPpLe_rOoStEr a.k.a. Kamikaze às 2:17 AM No comments: