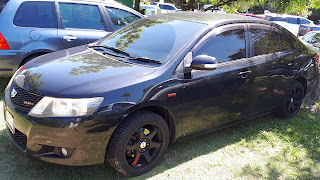 Spotted this 2nd-generation JDM Toyota Allion with Paraguayan registration yesterday in the afternoon on Jurerê Internacional beach, in Florianópolis city, Brazil. Immediately the rear wiper, which is an unusual feature in sedans available through official sales channels in South America, caught my attention. It's often claimed that a rear wiper is redundant on sedans because of the aerodynamics preventing water and dust to accumulate while driving, but it might be actually worth, as it may help removing some small layer of snow when the vehicle is parked outside overnight, and also improving visibility while maneuvering in reverse. 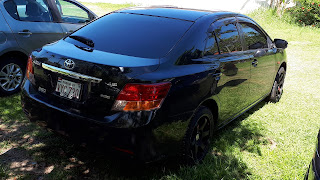 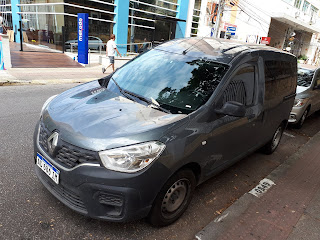 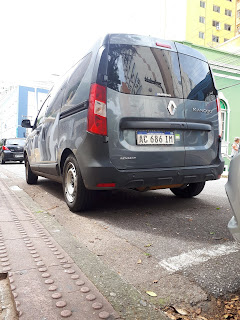 This one that I spotted in Florianópolis, Brazil, is fitted with a 16-valve 1.6L gasoline-powered engine, and was supplemented with a CNG kit. Underbody-mounted tanks can be clearly seen from behind, in a way that doesn't take too much space from the luggage compartment, requiring only the spare tyre to be relocated inside. 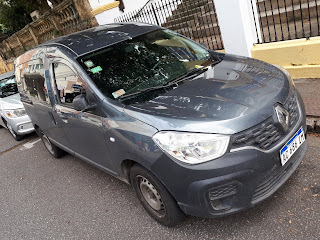 The 1.5 dCi remains available as a premium option for those who prefer a turbodiesel, but I haven't seen one of these yet. I wouldn't hold my breath for this model to be released in Brazil once the remaining stock of the previous-generation Kangoo Express panel van, but those compact vans remain popular in Argentina instead of being somewhat replaced by double-cab coupé-utilities and mini SUVs as in Brazil... 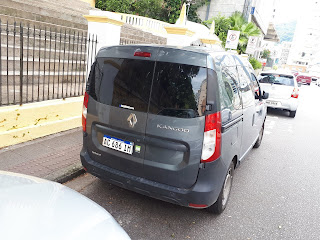 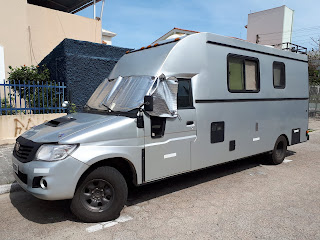 This is one of the most impressive car mods I spotted recently, a Daihatsu Delta-based motorhome with an extensively-modified Toyota Hilux Vigo Champ front clip. I could only recognise it as a Daihatsu Delta because of the front badge and the stock windshield and door windows. It was clearly oversized to be a Hilux, and even if one was stretched enough for that body to fit. 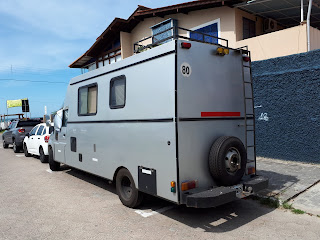 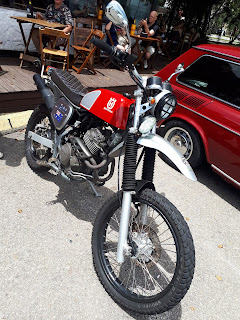 Spotted yesterday this '02 Honda NX4 Falcon, which was modded to look like something from the '70s. 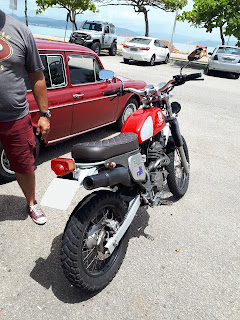 Tail light and instrument cluster were taken out of a '78 Honda CG 125, while the fuel tank is the one used in the CB 200. 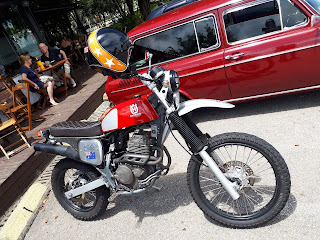 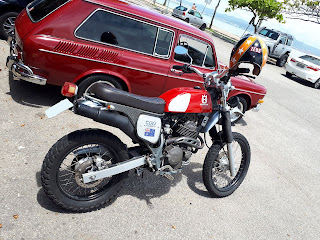 Maybe the rear-wheel disc brake, which was not so usual in the '70s, would be supposed to be an easy clue that it's a relatively modern motorcycle. 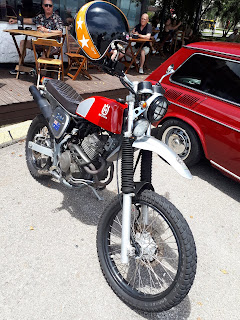 Postado por cRiPpLe_rOoStEr a.k.a. Kamikaze às 12:37 AM No comments:

Is direct injection really so great when applied to spark-ignited engines? 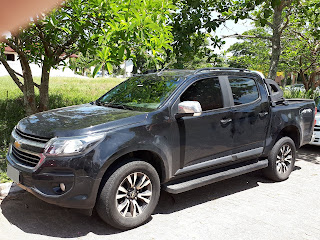 Spark-ignited engines are often pointed out to have been less maintenance-intensive than a modern electronically-controlled turbodiesel, which has led some customers to consider them as an affordable option even in segments for which Diesel became the norm such as in pick-up trucks. An example in Brazil is the current generation of the Chevrolet S10, nameplate retained locally and in some regional export markets, with the Ecotec 2.5 SIDI engine as the sole non-Diesel powerplant and resorting to the direct injection not only due to the perspectives of a lower fuel consumption but also to ease the cold starting while using ethanol as fuel. However, it's not only advantages, especially if we consider the increase to the nitrogen oxides and even particulate matter emissions which were previously seen as an Achille's heel of Diesels, all highlighted by the unfair emission controls enforcement which has targetting Diesel-powered vehiches more strictly. 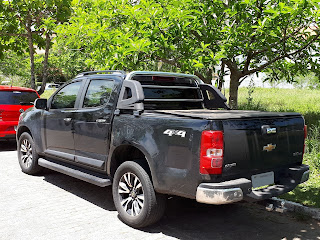 Even though the ability to run leaner on fuel at a higher compression ratio without knocks may sound tempting, sure the presence of direct injection in a spark-ignited engine has its own downsides when it comes to ordinary maintenance and eventual repairs with improvised resources. It's not so easy to simply replace the EFI for a carburettor under the shade of a tree as it may be for some comparable port-injected engines, a makeshift approach which remains somewhat popular in the Argentinian countryside and the villas miseria (slums/shanty towns/favelas) in the outskirts of Buenos Aires and other major cities. There are other aspects worth considering too, and the impact of improvements in other vehicle systems such as newer automatic transmissions may often be neglected, all while some overwhelm about mileage improvements may lead to the misconception that an engine alone always turns into a marvellous solution to address the needs of a broader customers' base. 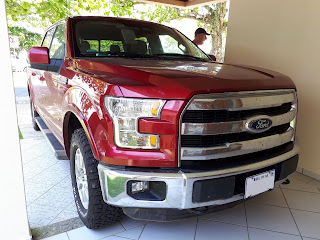 Talking about engines with a Bolivian tourist this week, he got to praise the twin-turbocharged 3.5L EcoBoost engine fitted to the 13th-generation Ford F-Series as being quite fuel-efficient, but didn't even seemed to remind that a 10-speed automatic transmission and start-stop also play an important role for that matter. Maybe a simpler naturally-aspirated engine with port-injection and slightly larger displacement coupled to a transmission with the right gearing could lead to some comparable mileage figure and performance, all while operating with fewer stress under heavy loads and retaining simpler maintenance procedure too. Depending on other factors, even some modernized flathead engine with features such as a port-injection fuel system could at least get the job done just right and match the performance of the naturally-aspirated 3.3L engine which became the base engine for the F-150. It's also worth to notice direct-injection makes it harder to perform a CNG conversion, since the stock injectors would still require some gasoline (or ethanol in case of flexfuel engines) flow to keep it cooled in order to avoid damage from the heat it's exposed right in front of the flame spread. 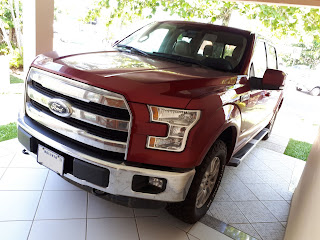 It's a matter of suitability to operating conditions, and there is no way for an one-size-fits all approach to succeed. The claimed improvements to performance and fuel-efficiency might've been achieved, which was even more noticeable on turbocharged engines such as the EcoBoost fitted to the 13th-gen Ford F-150 Lariat as it doesn't require an enrichment of the air-fuel ratio at boost in order to prevent knock, but the expectatives in regard to emissions turned out to detour from the declared goals in real usage conditions, not to mention the cost and complexity which are not so negligible at all. In the end, direct injection applied to spark-ignited engines is eventually justifiable but is not really so great at all...