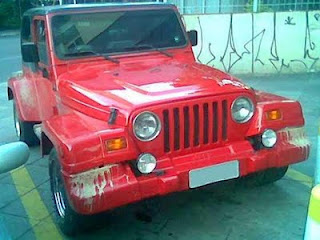 This '97 TJ Jeep Wrangler had its 4WD setup and its stock automatic transmission removed, and was retrofitted with the driveline of a RWD Chevrolet Opala, an Opel-based Brazilian sedan similar to the South-African Chevrolet Ranger and fitted with some engines offered in the Chevy Nova, including the 151cu.in. "Iron Duke", also offered in the Wrangler as a factory option for a while. 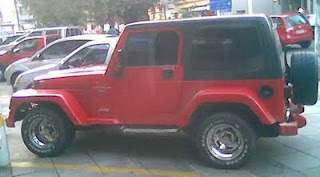 Its wider wheel arches actually would look good in a race car oriented to the Pikes Peak, but the owner of this Jeep said it's an "asphalt cruiser". So, wouldn't make more sense to get another vehicle for this purpose? 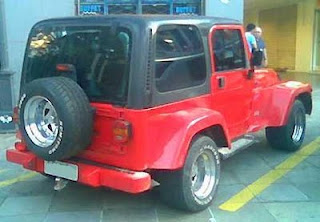