Well-known for their simple design and ease to servicing, two-stroke engines had been almost left to die at their own, mainly because of some misconceptions about its pollutant emissions. However, if the same efforts taken by the major automobile and motorcycle industries to turn the 4-stroke the rule were employed to improve the 2-stroke combustion process all those arguments wouldn't be so true.

Some companies such as Orbital Engines and Two-Stroke Shop, both from Australia, still concentrate efforts to develop real solutions to show the 2-stroke cycle as a viable option. Orbital's engine management systems had been commercially successful either in the motorcycle industry or marine engines for jet-skis or small boats. Important companies like Bombardier, Aprilia and Bajaj adopt Orbital systems in 2-stroke engines. Two-Stroke Shop is more focused on high performance but its engines range is more old-school, with carburettors instead of Orbital's advanced direct injection, that wouldn't work with TSS's very interesting toroidal cylinder head inserts.
Considering the biggest trends on the motor industry nowadays, that are the downsizing and the search for a renewable energy matrix, the 2-stroke layout seems to be even easier to face them. Its own design is not just simpler, but delivers an increased power-to-weight ratio, sometimes allowing an engine with less than a half of the size of a comparable 4-stroke to get about the same performance. And since the ethanol had been shown as one of the responses to the demand for "greener" fuels, a 2-stroke would be even easier to turn into the most efficient flexfuel. SAAB had been working on a variable-compression version of the GM 2.0L Ecotec turbocharged, but since it's a 4-stroke there are some issues with the camshaft timing setup, absent in an average 2-stroke.
Another advantage to be seen more carefully by the automakers is their production cost, since less raw materials and manufacturing processes are required. Back in the 80's, Chrysler had an experimental fleet of compact vehicles fitted with 2-stroke engines, and one of the cost-cutting features was the cylinder head integrated to the block, eliminating the need for head gaskets and bolts. 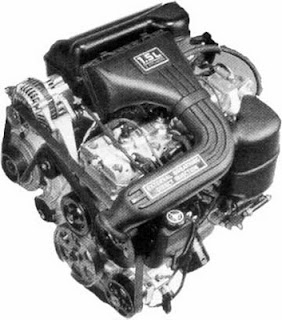 Chrysler actually wasn't a strange in the 2-stroke scenario, since it had offered a great variety of stationary and marine engines with this layout. Other manufacturers such as Ford, Fiat and BMW had some R&D partnerships with Orbital from the 80's to the 90's. Ford had been one of the most involved with the 2-strokes but even with favourable results after some endurance tests in Australia and the United States there was never a regular Ford offered with such engine layout.
However, 2-stroke innovations are proposed not just in the developed world. Brazilian engineer Luciano Gama has been working with a different lube system, similar to the average 4-stroke system. I must confess I'm actually not against the currently predominant lube method because it can avoid some waste motor oil to be disposed incorrectly and then generating soil and underground water contamination risk, but since the average Joe would prefer not to burn the oil alongside the fuel it seems to be a great deal.
2-stroke engines are perceived as more pollutant because of their distinctive smoke due to the burnt oil, but either with Orbital management system or some newer, higher technology synthetic oils this problem is significantly attenuated. Another option could be the use of vegetable-based oils, such as castorbean oil widely used in kart racing.
Another advantage on the 2-stroke layout is to work on gaseous fuels such as CNG and LPG, or even hydrogen. It's not so hard to find people who complain about premature valve seats wear on 4-stroke engines converted to CNG or LPG, but since there is no valvetrain in a 2-stroke there is no problem.
As we can see, despite the media promoting more the 4-stroke, 2-stroke layout is still a great option to face the demands of the market...
Postado por cRiPpLe_rOoStEr a.k.a. Kamikaze às 12:51 AM 8 comments: