Is a 4-speed manual transmission really that bad? 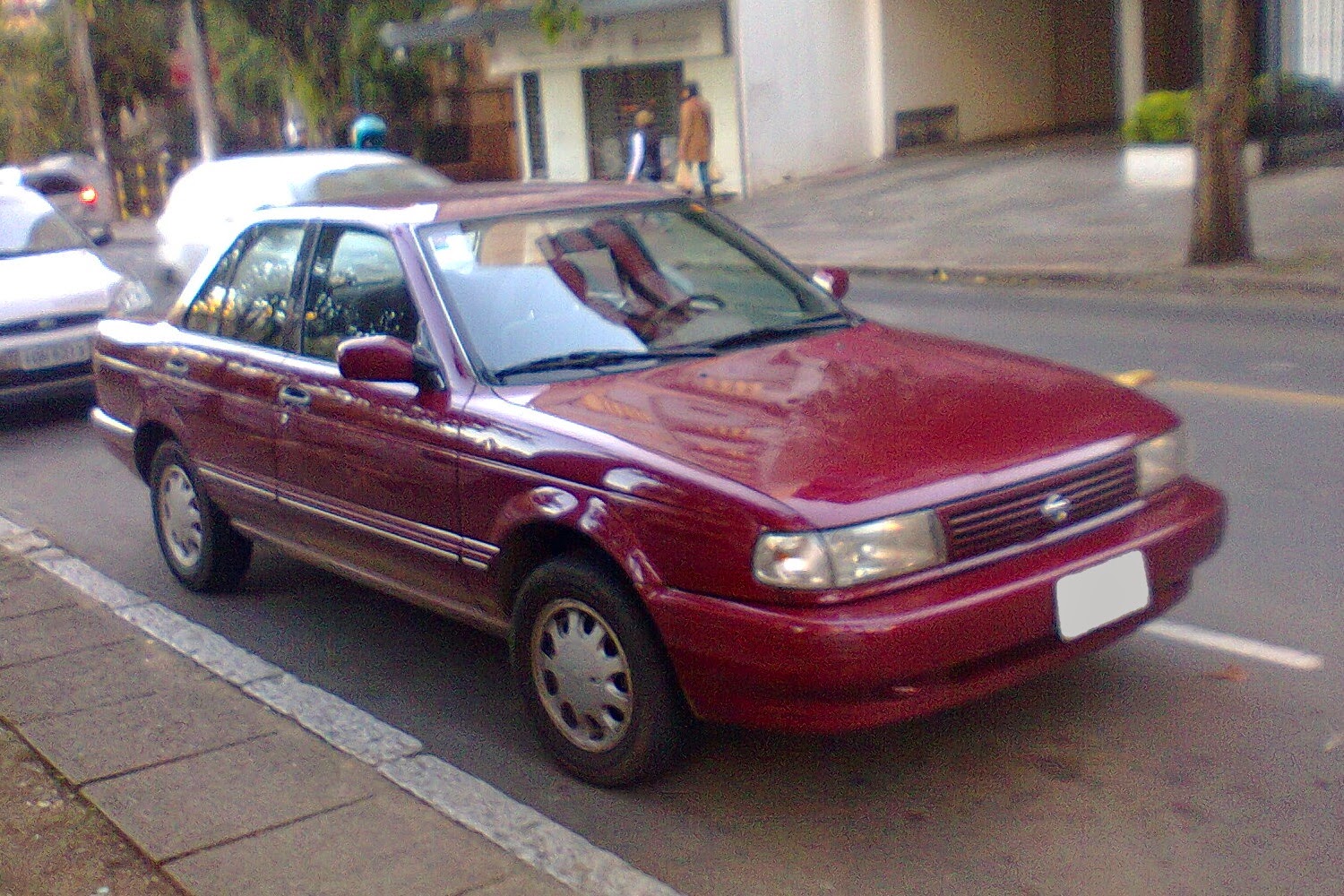 In early 90's, it was reasonably well-accepted by American customers that some entry-level cars such as the 3rd-generation Nissan Sentra still had the option for a 4-speed manual transmission, altough the 5-speed ones were already available back then. In the particular case of the Sentra, in spite of the 5-speed versions getting rated by EPA as more fuel-efficient in highway at 35MPG while the 4-speed ones are rated at 33MPG, it`s not unusual for owners of the 4-speed versions to claim mileage figures not just above the EPA ratings, but also above the 5-speed versions. 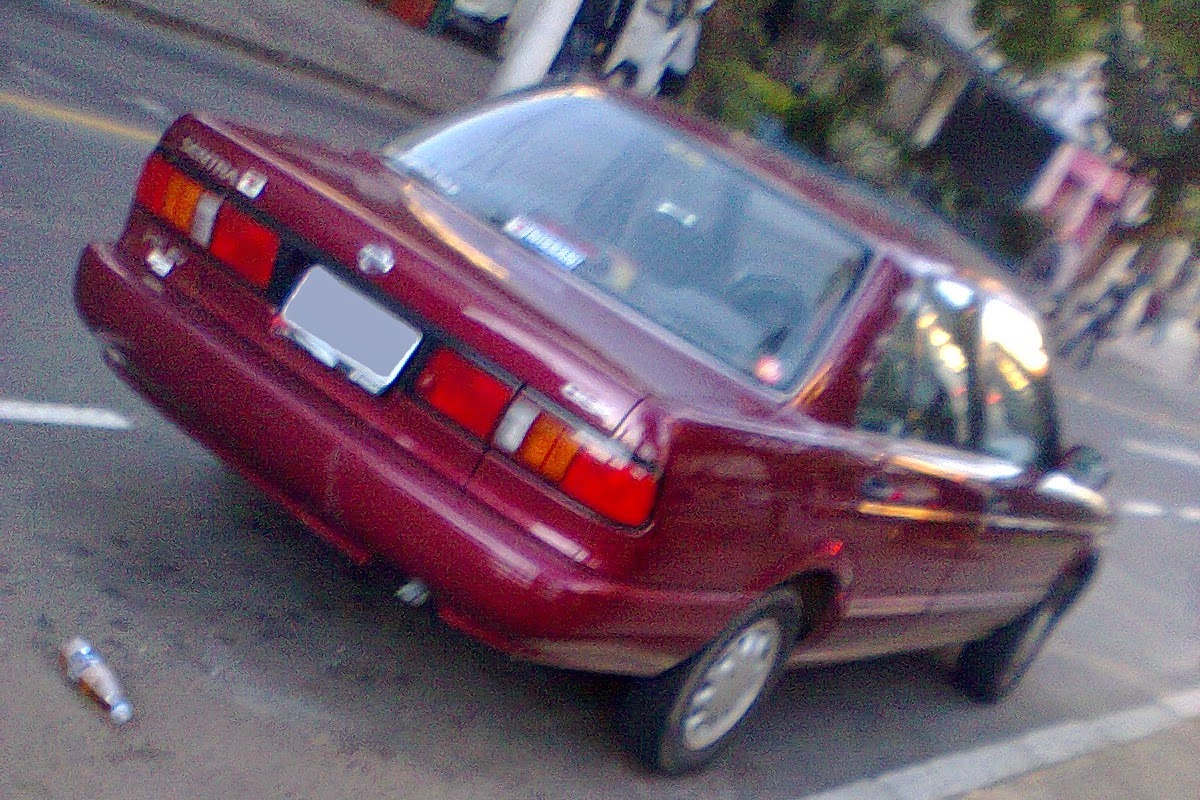 The testing procedures defined by EPA are severely criticized for not being so accurate, and it may reflect on the current trend of wrong gear ratio selections which have been selected basically to get good EPA mileage figures instead of an overall efficiency in real-world conditions. Then, a 5-speed manual transmission with a higher ratioes at the lower gears could fare better at the tests than a 4-speed one with wider gaps among its gear ratioes, altough the 5-speed would require a lower differential ratio to retain some reasonable agility to start moving, therefore compromising the road performance altough the extra gear is supposed to compensate for that disadvantage. The weight difference might be considered negligible but, just like the slightly lesser amount of internal frictions at the transmission with one less gear, ended up favoring an increasement in the overall fuel-efficiency. 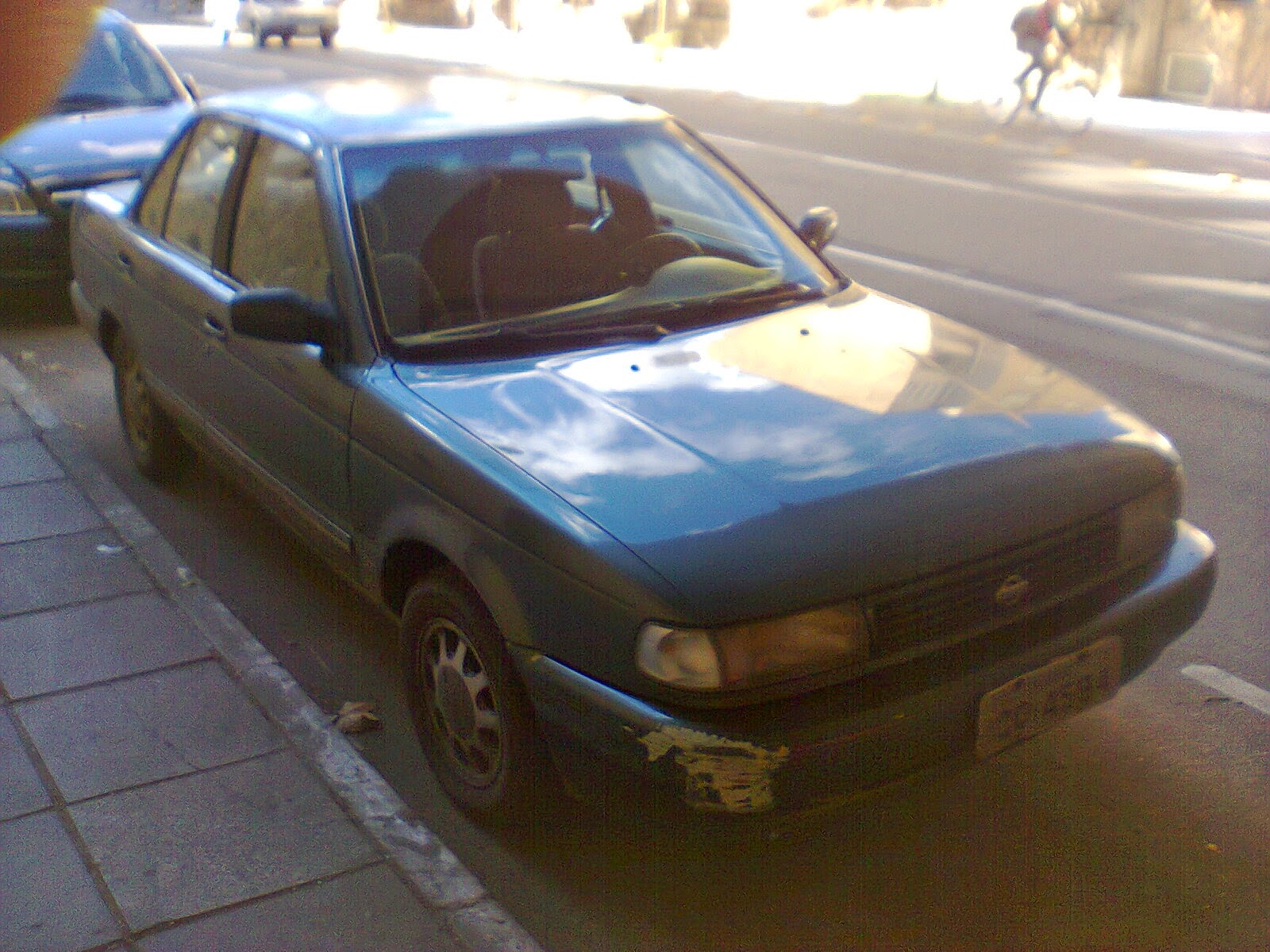 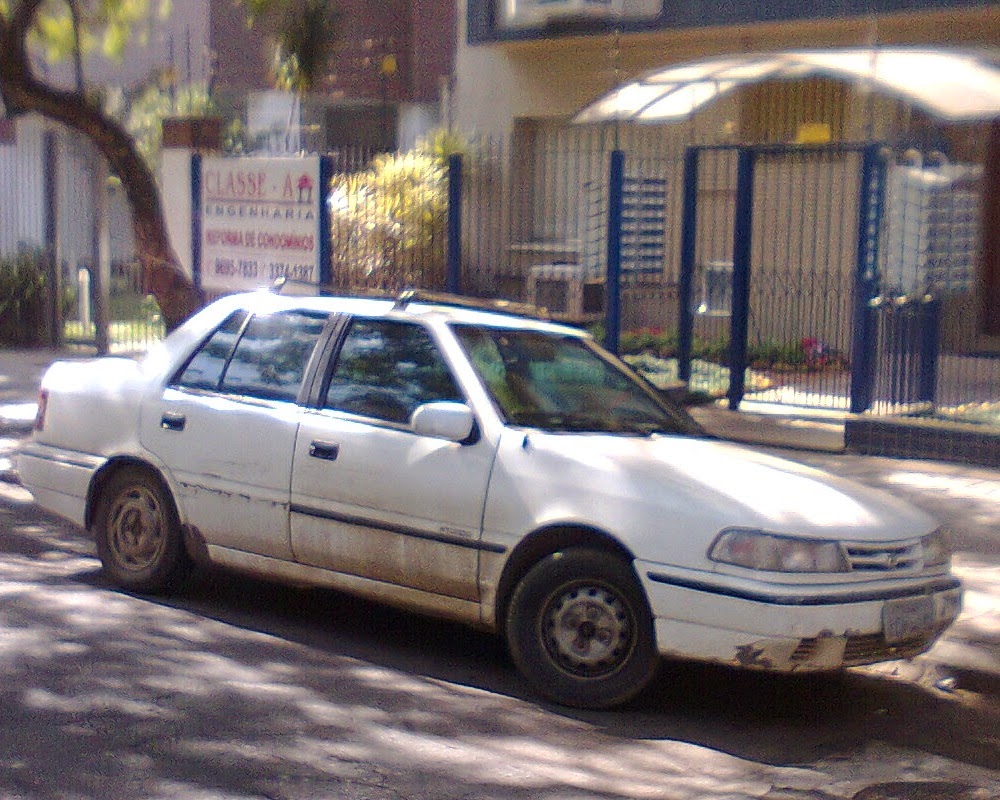 Another aspect to consider is an allegged "lazyness" of the average American driver who doesn't feel so pleased to shift gears manually, so a transmission with fewer gears to be shifted would be still prefered for those who would not want to pay the premium for an automatic in some random econobox like the old Hyundai Excel or when an automatic was not available at all such as in the Brazilian-made Volkswagen Fox. 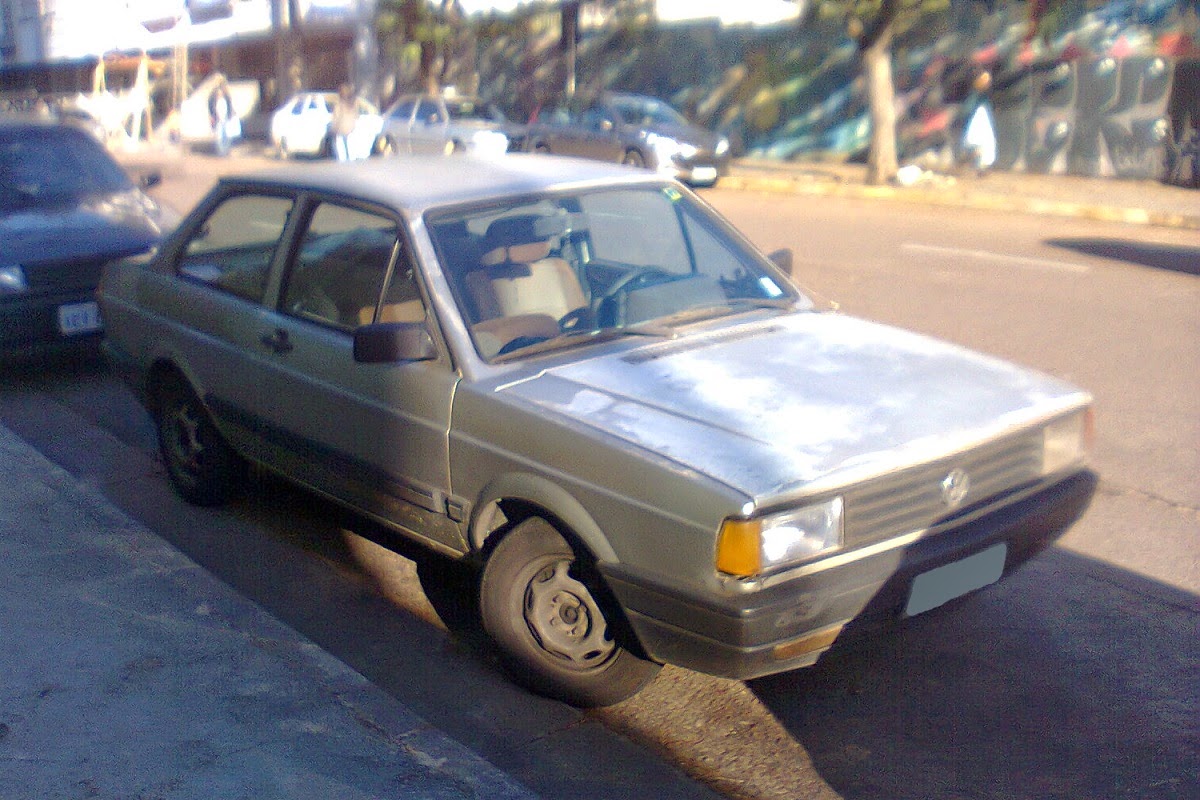 On a sidenote, when the Fox export program started, Volkswagen of Brazil already had both a 5-speed manual and a 3-speed automatic available at the parts bin, but since the automatic wouldn't fit into the Fox without major structural mods it was ditched. Having to choose between the manuals, the 4-speed was favored not just due to the lesser hassle but also due to its improved fuel-efficiency, an important aspect to consider for a model which was offered as a budget alternative, and also because of its more precise shifting pattern compared, which would be more appreciated by drivers with little or no previous experience with manual transmissions. This very same manual 4-speed transmission was also used in the Brazilian Passat version developed for export to Iraq, since it was more resilient to abusive drivers than the 5-speed... 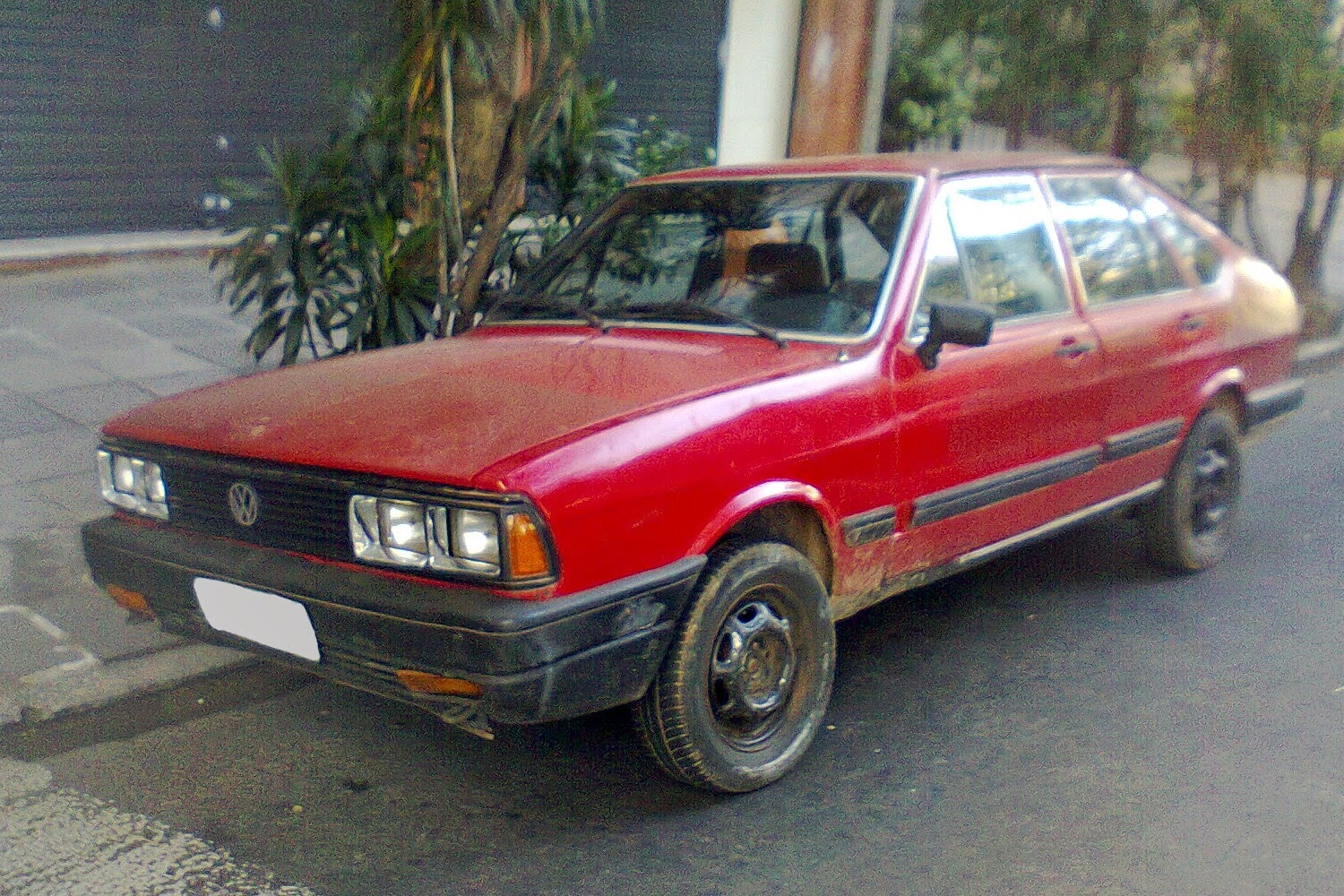 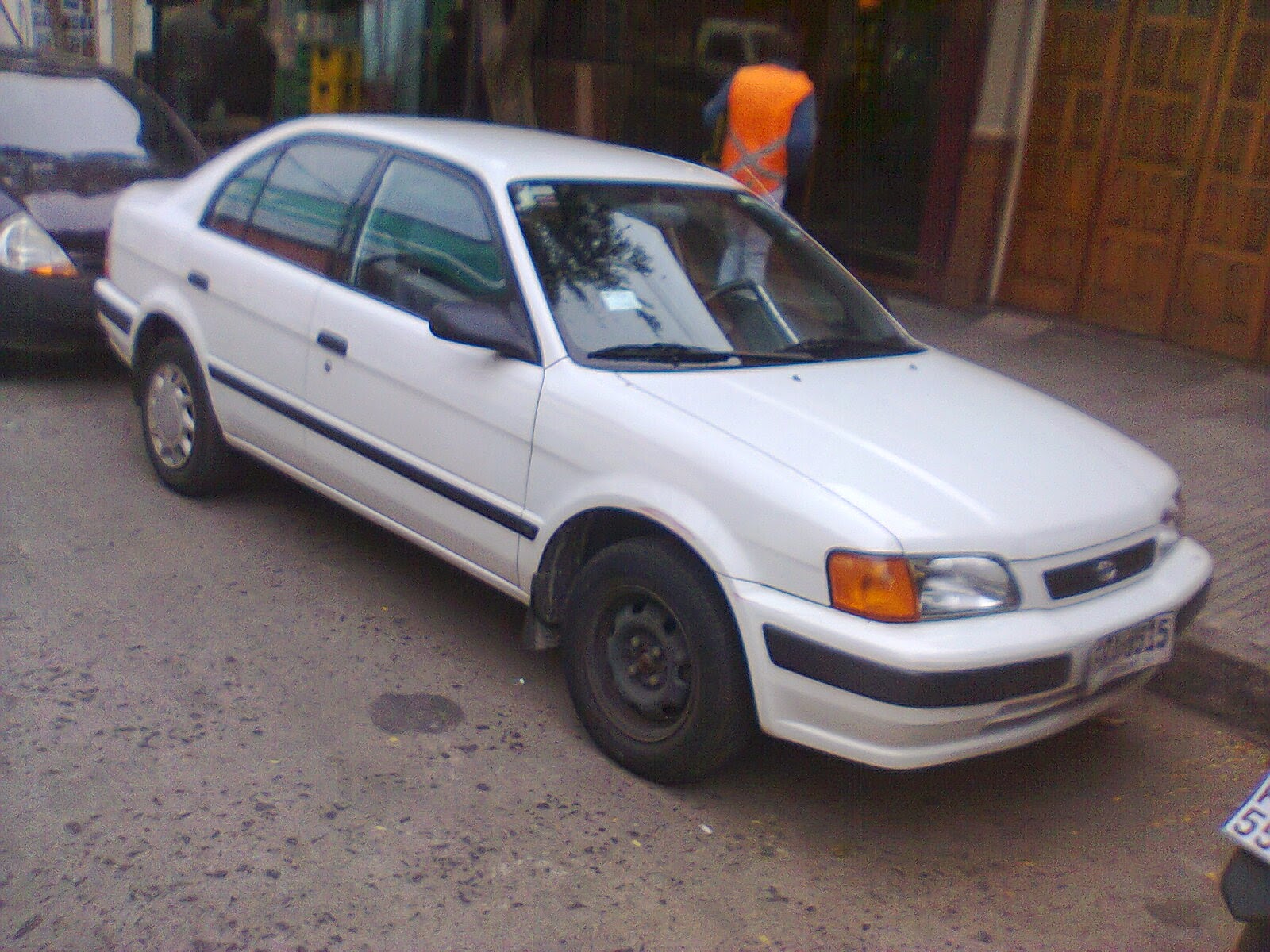 Another aspect to consider is the lower cost of manufacturing a 4-speed transmission. The 5th-generation Toyota Tercel had this option alongside a 5-speed manual and a 4-speed automatic, while the current Toyota Etios, specifically developed aiming 3rd-world markets such as Brazil, India and many African countries, has only a 5-speed manual. Well, considering that the Etios has an engine selection with outputs close to the ones used in the Tercel, it wouldn't be so strange if it had a cheaper 4-speed manual transmission too, mostly considering its budget-oriented concept. 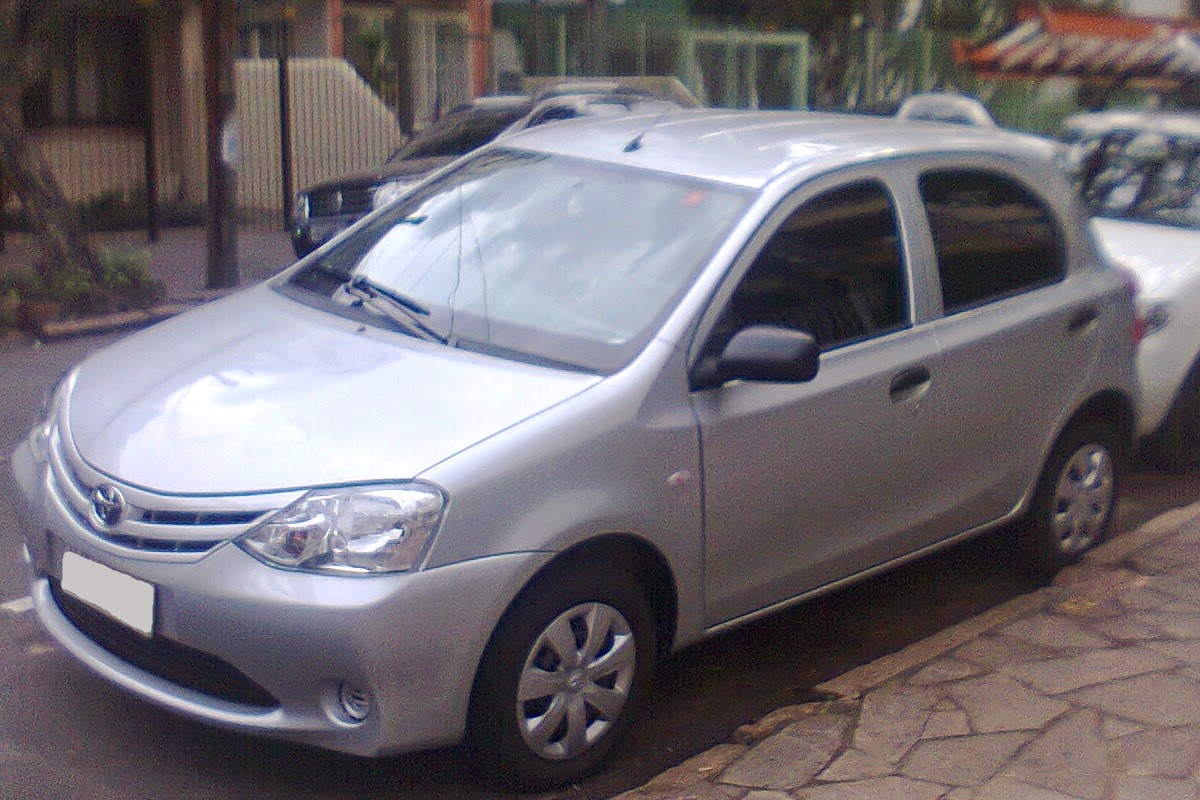 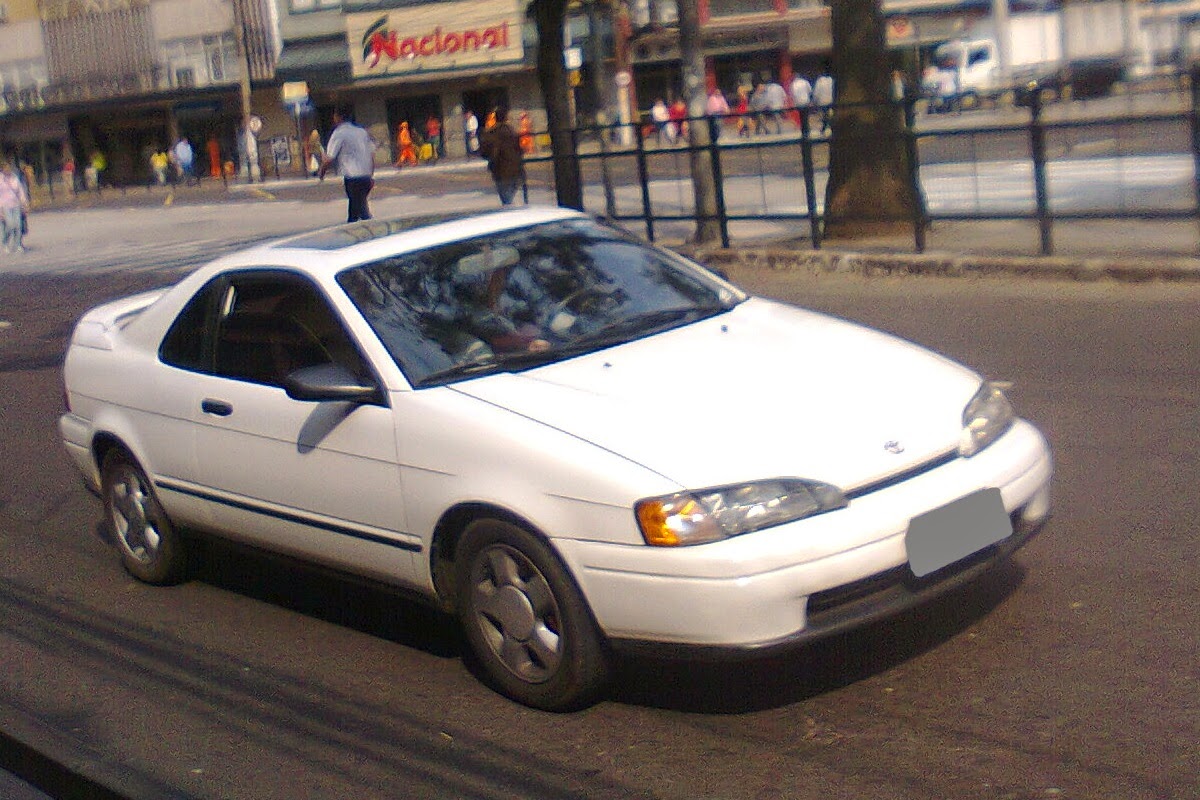 Another point to think about is the "sporty" ideas associated with a manual transmission, regardless of how many gears it have. Or would anybody consider something like the Toyota Paseo as "sportier" than a Mercury Cougar Eliminator or a Shelby Cobra just because it has a 5th gear? I don't think so... 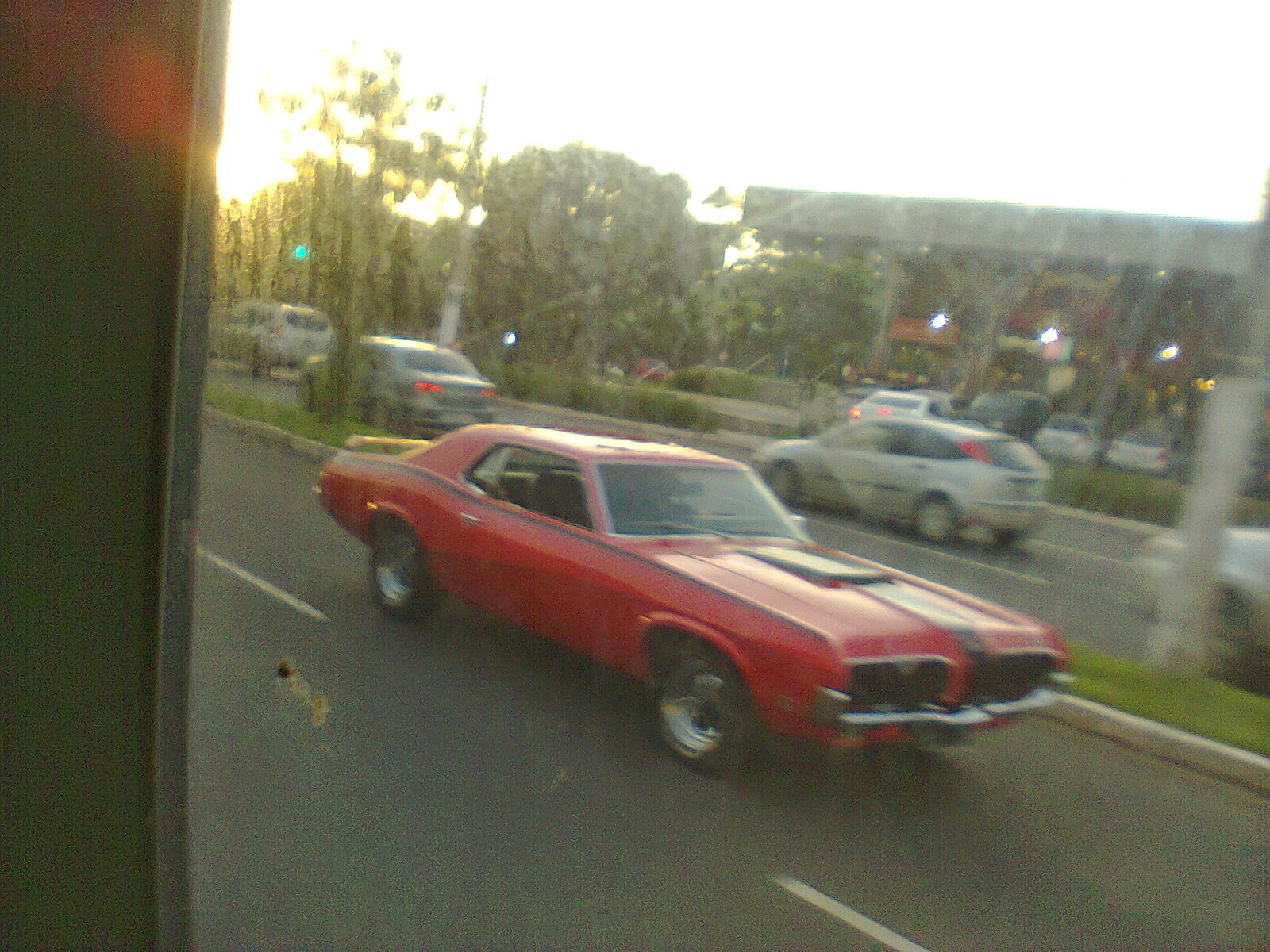 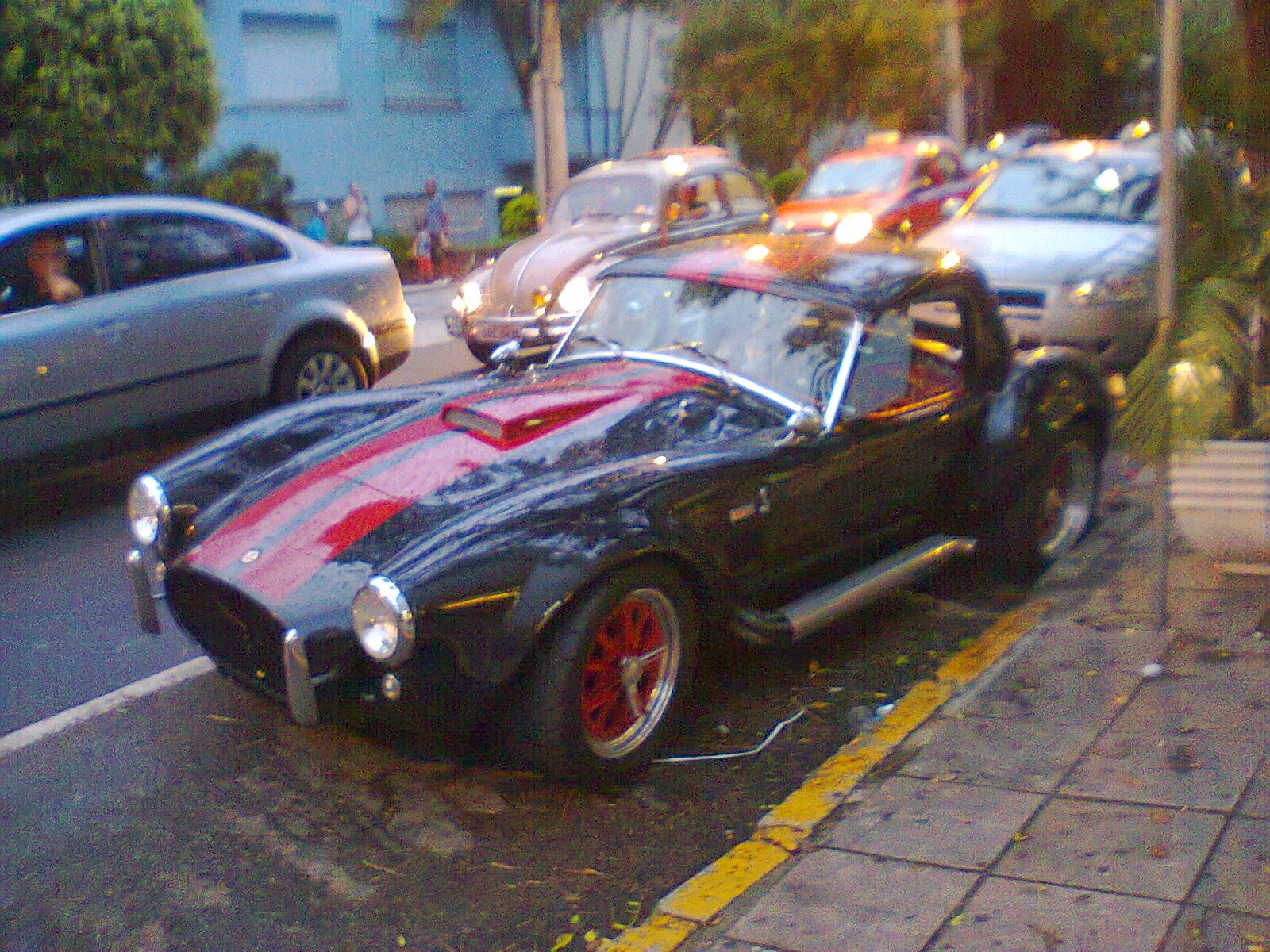 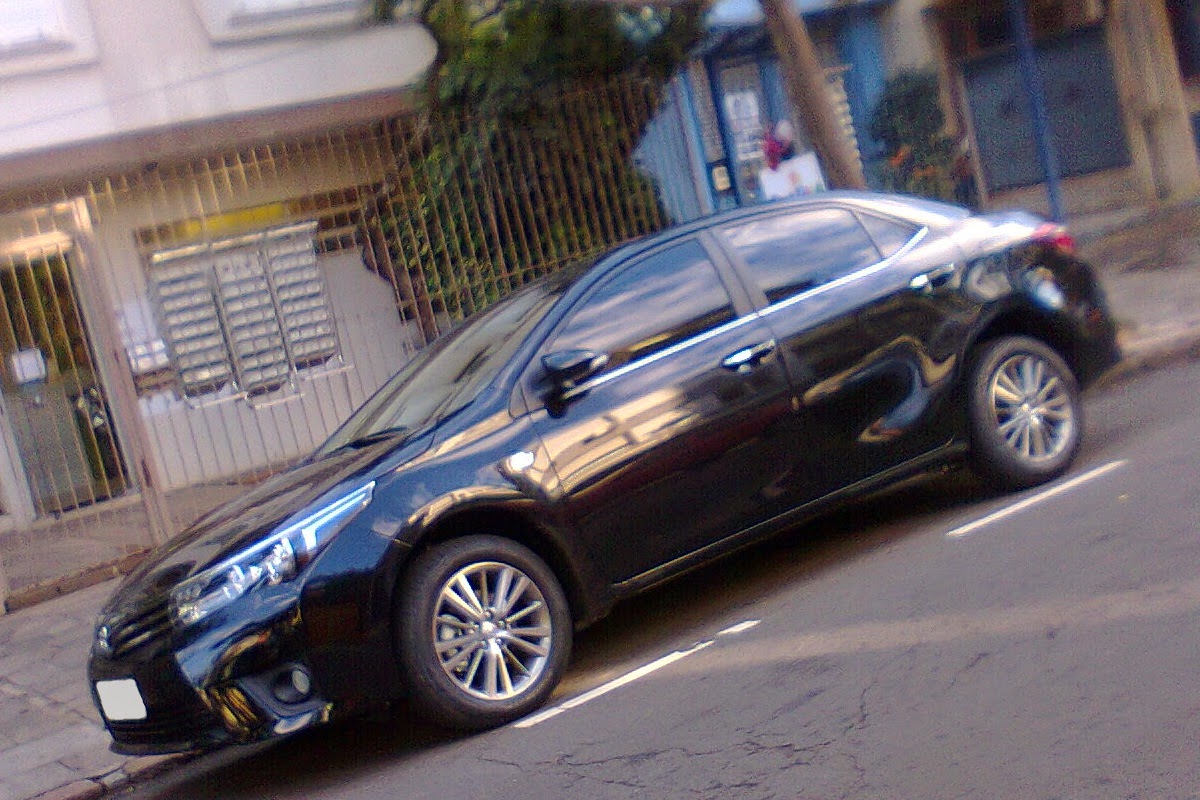 Nowadays we see 6-speed transmissions replacing the 5-speed ones as the mainstream option for those who still want a manual even in compact cars such as the Toyota Corolla and the Nissan Sentra, but they're again close-ratio and have to rely on a low differential gearing to provide some agility in urban traffic at the compromise of efficiency in highway traffic. So, considering other advantages and leaving the failed EPA test procedures behind, what would be so wrong in having a wide-ratio 4-speed manual with a higher differential instead? 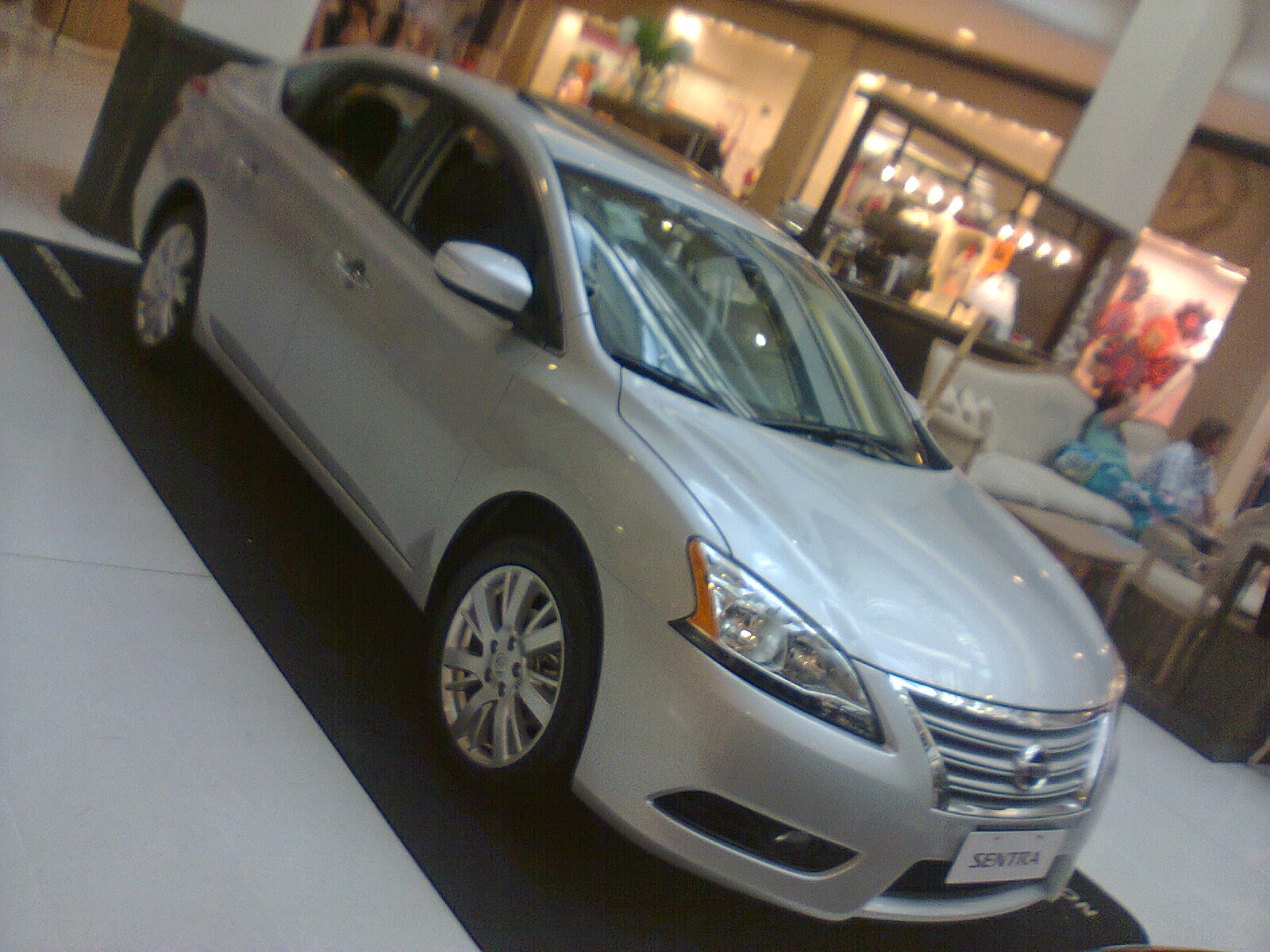 The folks at EcoModder.com gonna like this Brink's van... 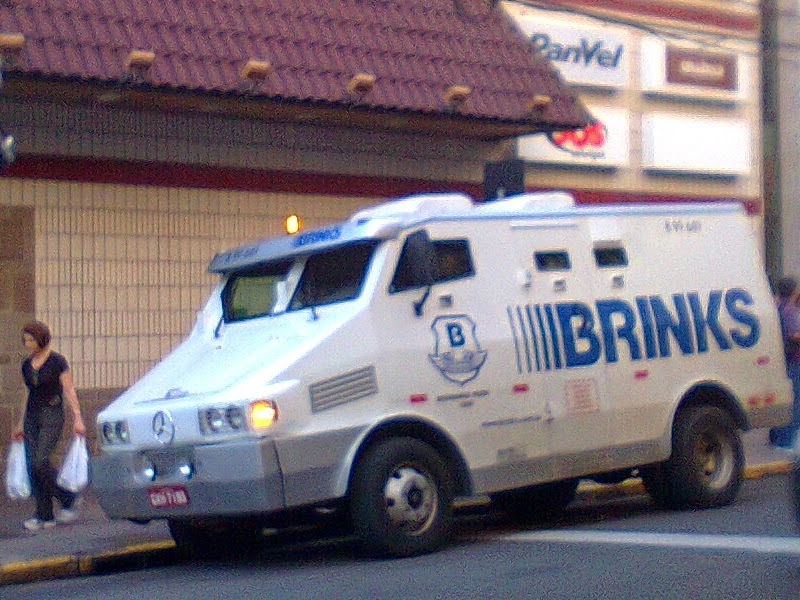 This cash-transit van from the Brazilian branch of Brink's has some features that, in spite of being kinda mainstream in South America such as the swamp-coolers on the roof, the 4-cylinder turbodiesel and the 5-speed manual transmission, are not so usual in their North American equivalents which usually rely either on a straight-6 or a V8 turbodiesel backed by an automatic transmission. The swamp-coolers instead of an air-conditioneer decrease the load over both the engine and electrical system, while the manual transmission is not just lighter but also has less internal frictions, thus not overheating so easily and increasing the overall efficiency. The lesser amount of heat to be exhausted also allows it to have smaller openings in the engine bay, decreasing the aerodynamic drag. The front grille is as small as the license plate, and is fitted between the 2 bumper-mounted auxiliary headlamps.
Postado por cRiPpLe_rOoStEr a.k.a. Kamikaze às 2:02 AM No comments: