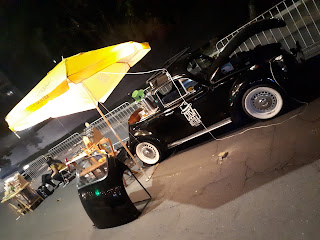 One of the most iconic vehicles ever, the Volkswagen Beetle becomes quite a great mobile billboard for different businesses. Either stock or modified, it's one of the easiest ways to bring the spotlights on. 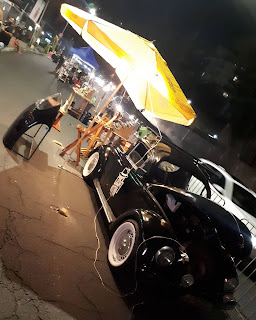 This specific Beetle, a Brazilian model presumably from the mid-'70s was turned into a mobile stand for the sale of craft beer at events. This was not the first beer-vending Beetle that I have seen in my hometown Porto Alegre, but its partially-removable roof contrasts with other setups which retained the fixed roof. 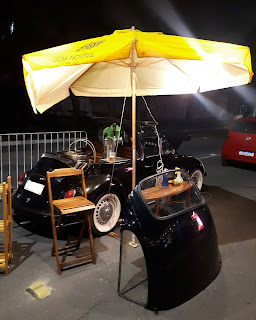 I didn't even try the beer which was being sold at this Beetle, but I'm sure it's a great marketing tool. 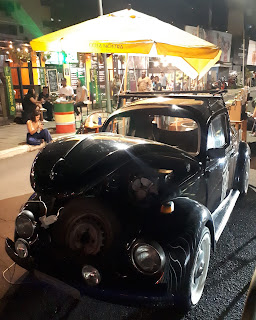 Postado por cRiPpLe_rOoStEr a.k.a. Kamikaze às 12:31 AM No comments: 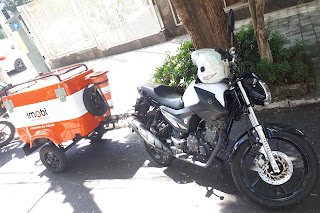 Utility trailers for motorcycles have been quite usual in my country for a while, mostly in smaller towns and sometimes the outskirts of bigger cities, even though they were illegal until some years ago. Now subjected to stricter regulations, they're slowly appearing more often in my hometown Porto Alegre. 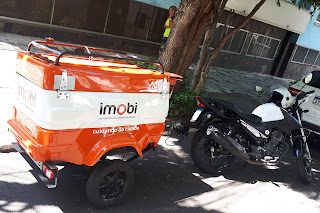 '89 Ford Pampa with a crew-cab conversion 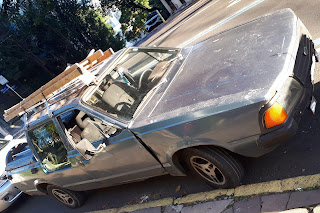 One of the most popular Brazilian coupé-utilities of its time, the Ford Pampa was made from '82 to '97, based on the same underpinnings of the Corcel and Del Rey which were local variants of a project from a joint-venture between Renault and Willys-Overland. As the Brazilian branch of Willys-Overland had been taken over by Ford in '67, so was the project which resulted in the Corcel for the Brazilian market. 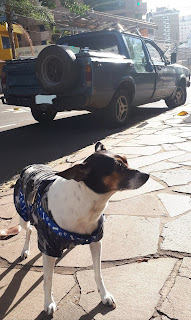 Though a double-cab was never a factory option, there were some aftermarket conversions done either by specialized companies or smaller businesses, with different degrees of craftsmanship involved, and once in a while some distinctive feature. This one is just 2WD, but in order to clear the footwell for the passengers of the rear bench seat it had the fuel tank relocated to the rear overhang, where an auxiliary fuel tank would be featured in the 4WD versions which soldiered on from '84 to '95. 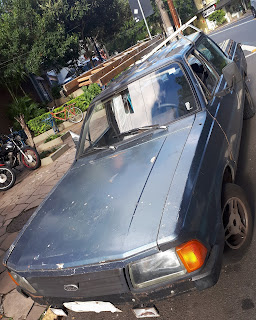 Postado por cRiPpLe_rOoStEr a.k.a. Kamikaze às 12:54 AM No comments: