Earlier this week, Ford has announced it was phasing out its 3 manufacturing units still active in Brazil, to have its entire range comprising of imported models and allign itself with the truck-oriented business it's already implementing on a global basis. Some ignorants who dislike President Jair Bolsonaro are blaming him for a strategic decision that only Ford had something to do, unlike what happened to GM in Venezuela where its assets were seized by Nicolás Maduro's narco-dictatorship in 2017. It's also worth to notice Ford did not seem to really care about the Brazilian market, where it insisted in a strategy that proven itself not so suitable to the local needs, and its business model on a global basis still seems to revolve around the old body-on-frame layout which is roughly unchanged for a long time. 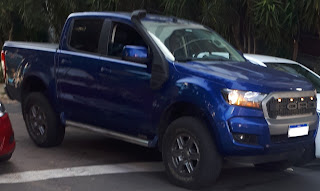 Ford keeping its manufacturing operations in Argentina, where nowadays the Ranger is the only model made locally, is also deeply rooted on the same mindset of the days when the Model T was Ford's only product including the overseas assembly plants. Sure a lot of technical features of the vehicles and the manufacturing methods evolved in a timeframe of more than 100 years, but it's impossible to deny the conceptual similarities between a relatively modern truck and one of the least expensive cars from the Brass Era. Even though some technical revolutions happened in the meantime when it comes to brakes, suspensions, transmissions and steering gear, there is no way to overlook the longitudinally-mounted engine driving the rear wheels through a leaf-sprung solid axle (which remains the usual drive even on 4-wheel drive versions with independent front suspension) in a body-on-frame as a reminiscence of the old times. 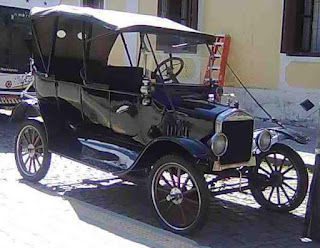 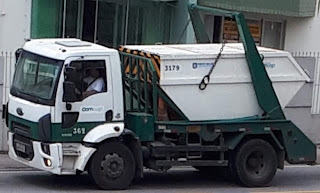 The closure of the São Bernardo do Campo plant in 2019, where the Cargo trucks and regional variants of the chassis-cab Super Duty used to be made, was actually more surprising, as both ranges stilll relied on the jalopy-ish layout which Ford seems to remain more comfortable to work around. Among claims of a shrinking market share due to competition and the cost to upgrade from Euro-5 to Euro-6, which is the dumbest excuse since Brazilian-made Ford trucks had been fitted only with Cummins engines since late-2005, it's also relevant to notice Turkish-made versions of the Ford Cargo are (re)making their way into Western Europe which is a highly competitive market. The demand for logistic services after the 2020 outbreak of the Chinese Covid-19 Coronavirus increased the e-commerce in Brazil also means the timing for the phaseout on local truck manufacturing was a highly regrettable move. 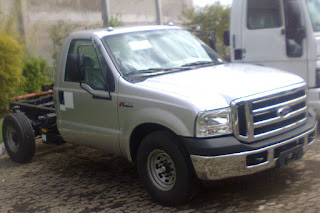 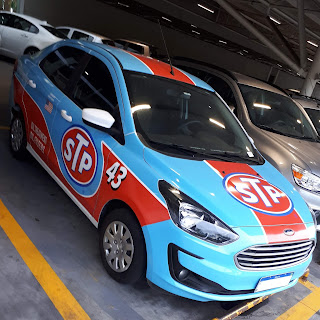 The reliance on the 3rd-generation Ka and 2nd-generation EcoSport which were made in the Camaçari plant located in the metropolitan area of Salvador de Bahia for larger sales volumes, with the Ka being more appealing to the fleet market than for retail customers while the EcoSport was losing much of its market share because of the increased competition, apparently was not a valid excuse for the closure of the Camaçari plant where Ford had introduced 3-cylinder 1.0L and 1.5L engines manufacture rendering much of the output of the Taubaté powertrain-oriented plant quite redundant. Both models relying on an obsolete platform, plus the Ka being made only in Brazil and India having been phased out in Europe in 2019 due to poor sales, were pointed out as a reason for the phaseout of Brazilian production which had not been as competitive on export markets as their Indian counterparts. However, it's worth to remind a tax break which has led to the Camaçari plant opening in 2000 has expired on late-2020, so Ford was looking for a government handout in order to keep operating at a claimed loss in Bahia, even though the EcoSport still seemed to be in line with a truck and SUV-oriented business model. 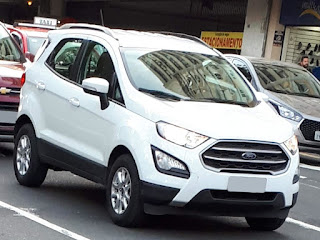 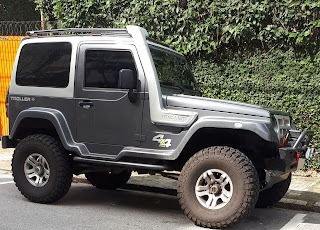 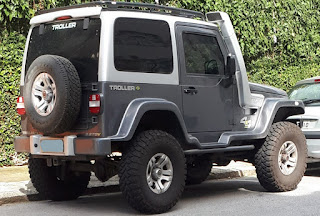 Ford has also planned to close the Troller factory, a small-scale and off-road oriented plant located in Horizonte, a city in the metropolitan region of Fortaleza in the Ceará state, which it had bought in 2007 looking for a tax break for companies with operations in the Brazilian Northeast (Nordeste as we say in Brazil). From what used to be described as a fiberglass copy of some previous generation of the Jeep Wrangler to the 2nd generation riding on a shortened version of the 2012 Ranger chassis released in 2014, the T4 has been the most known Troller and through most of its production run the only actual Troller model. Considering its history as an independent company from '95 to 2007 and the cult-following among the 4WD enthusiasts in Brazil, the Troller division seems to be quite an easy asset for Ford to sell before its closure scheduled to late-2021, even though it seems more likely for Ford to be actually willing to shutdown this operation instead of turning it into an eventual competitor in the SUV market. 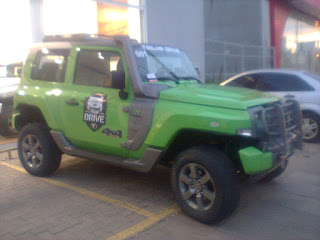 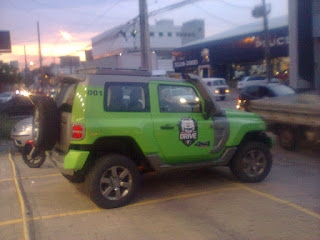 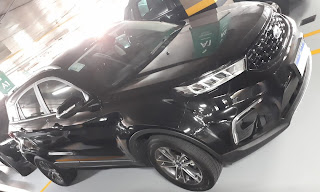 Even though the focus (no pun intended) on SUVs has led Ford to outsource its new Territory entirely to its Chinese partner JMC, going as far as resorting to a copy of the ancient Mitsubishi 4G15 engine with few changes such as turbocharging, its shutdown on local manufacturing in Brazil to concentrate on imports while the Argentinian operation keeps going despite political unrest diminishes considerably the trust of Brazilian customers on Ford. Even though such attempt to increase the profitability per unit instead of volume may seem easy at a first glance, a brand which had never been regarded as a specialty devoted to high-end models is likely to face a hard time trying to reposition it as somewhat premium. So, despite being quite predictable due to an inefficient business model on a worldwide basis, the end of manufacturing operations in the largest country of South America is unlikely to benefit Ford at all.

Postado por cRiPpLe_rOoStEr a.k.a. Kamikaze às 2:20 AM No comments:

Opel Corsa B, the unsung hero 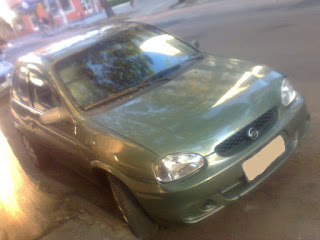 Even though it's now seem as outdated even in the regions where it soldiered on for longer than its first run from '93 to '00 in Western Europe, the Opel Corsa B was one of the greatest GM cars of the '90s in a worldwide basis. Despite its absence in the United States and Canada where it was simpler to keep the strategy of selling a rebadged Suzuki within its size class, the first vehicle to challenge the Volkswagen Beetle in the Mexican market as a serious contender was the Opel Corsa B, rebadged there as Chevrolet Chevy and initially sourced from Spain before CKD assembly from Brazilian parts and ultimately made with an increased local content. Nobody will ever know exactly what prevented the Corsa to become an option for American customers too, but most likely the cost of certification while the rebadged Suzukis were already there. 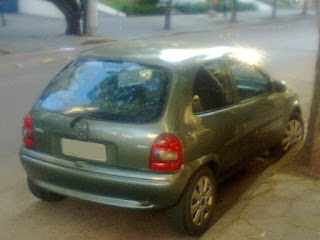 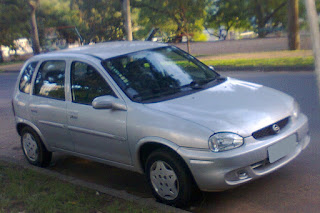 A very dependable model, even though its appearance could suggest otherwise, the Opel Corsa B was also rebadged as a Chevrolet in South America where it used to be made in Brazil and Argentina, with CKD kits having been supplied from Brazil even in RHD format to South Africa where it retained the Opel branding while being fitted with more rugged engines than its European counterparts and received the Brazilian facelift from '00 to '09. Simple mechanics made it very dumbproof, even though electronic fuel injection had been a first-in-class in some markets such as Brazil where the Chevrolet Corsa was introduced in '94. The relatively modern European styling matched to some degree of ruggedness which remains as a desirable feature in Latin America, Africa and Middle East rendered the Corsa B closer to a Beetle replacement than much of Volkswagen's offering. 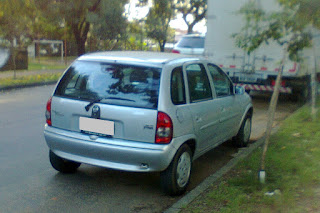 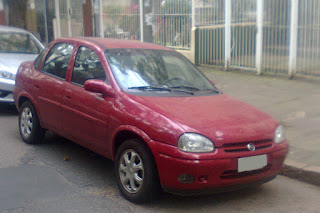 A sedan version had even been developed in Brazil catering to developing markets where this bodystyle is often seen as preferable over the hatchbacks which were more prevalent in Europe. To a certain point, the availability of a sedan/saloon seriously impacted the market share for the 4-door hatchback, while the 2-door hatchback remained quite competitive in a more budget-oriented approach which helped it to become a contender to the Volkswagen Beetle in Mexico. This very same bodystyle had been also made in China and assembled from CKD kits in India and South Africa. 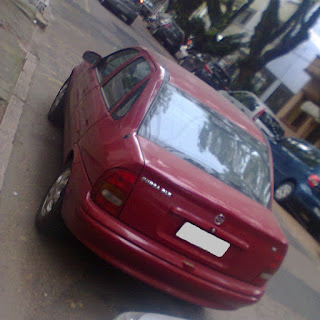 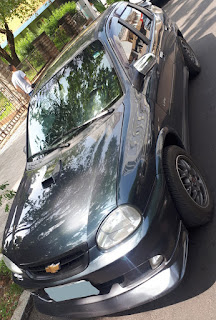 With fewer changes and a budget-oriented approach, the sedan has soldiered on in South America until 2016, already rebadged as Chevrolet Classic and fitted only with a flexfuel 1.0L engine according to the Brazilian "people's car" program, while Argentina had a 1.4L gasoline-only engine. Still easy to spot on most Latin American medium and big cities, the Opel Corsa B is certainly an unsung hero from those times when GM was greater than any other automaker on earth. Even though the original Opel design may lead a few stubborn rednecks to not consider it Chevrolet-ish enough, the Corsa B was certainly among the greatest responses to both developed and developing markets and their needs. 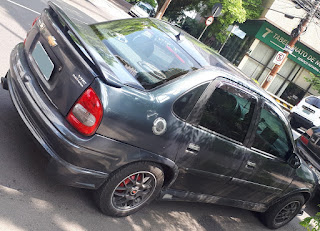 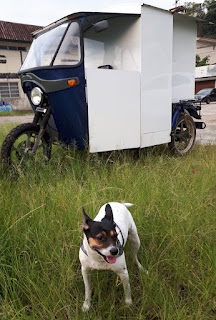 Even though passenger transport with tuk-tuks is still quite a taboo in my homeland Brazil, they've been reasonably sought after by entrepreneurs who need an affordable option for short-distance hauling and a small payload in the urban environment where low speed is not a problem at all. While the Piaggio Ape and its many copies usually sourced from India and China are a rare sight in Brazil, it's not so unusual to spot makeshift tricycles converted from small-displacement motorcycles and a small amount of those Chinese purpose-built tricycles with a fully-exposed cockpit or a simple front fairing and roof without a side enclosure. The location of the engine and fuel tank inside the rider's cabin requires it to be open to the environment, and it also applies to the Peruvian passenger-transport models even though they have a canvas enclosure around the rear seat. In this one converted into a panel van, an all-metal cargo box is installed on the rear section, with an all-metal roof also extending over the rider's area which was also fitted with metal half-doors. Unlike other tricycle types which often have both rear wheels driven, and often resort to a shaft-drive the Peruvian-style ones have only the left rear wheel which is chain-driven just like the sole rear wheel of an average motorcycle such as the 125cc and 150cc ones usually resorted as a parts donor for the assembly of tuk-tuks in Peru.