Would a 125cc motorcycle make sense in the American market? 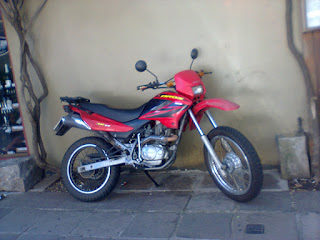 One matter that has been more frequent when I get into motorcycle talks with Americans is the lack of options in the 125cc class for the United States, even though it sounds quite unlikely that models like the Honda NXR 125 Bros currently made in Brazil nowadays only for export due to its outdated emissions certification (and frequently rebadged as XR 125L in the markets where it's still available) could be easily made compliant to EPA and DOT standards. Their road system, famous for the long straight-line stretches meant to also serve as improvised emergency runways for aircraft, is also more appealing to a random Harley-Davidson than to a present-day Honda CG 125i Fan (which got rid of the OHV engine still deeply beloved by some of my fellow Brazilians due to its ruggedness and ease of maintenance), while other factors such as the "there is no replacement for displacement" culture may be harder to overcome. However, other motivations such as purchase and maintenance costs, or seasonal increases in the fuel prices, are highlighted quite often by those who want a real motorcycle in this displacement class instead of some scooter or something else which becomes quite excessively optimized for a strict inner-city use. Well, even though a 125 feels more at home in the city than in a highway, it's not impossible at all to have some occasional road trips with a Honda CG for example... 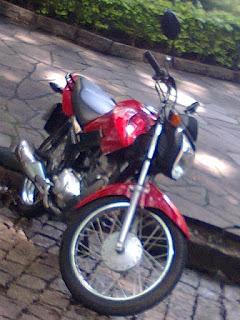 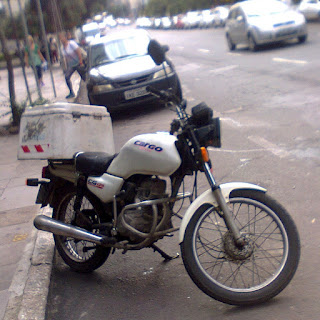 Sure there are cultural differences in the usage of a motorcycle in the United States and in Brazil, and the perception of a small motorcycle as a working tool or an "urban mobility" option is more widely accepted year-round in Brazil instead of the recreational and more seasonal approach in the United States. Unfortunately both these situations may lead to the perception of a motorcycle as somewhat "inferior" to cars, even though it doesn't prevent small-displacement ones to remain popular in Brazil to the point of a '94-'99 square-headlight Honda CG 125 Cargo remaining used for urban deliveries despite the newest model-year approaching the 20-year milestone and harsh operating conditions. It's also worth to consider the ease of maintenance, which may become appealing not only for couriers and urban comutters who ride them year-round in a 3rd-world country, rendering them eventually more justifiable as a leisure vehicle for those summertime errands instead of something heavier and more expensive. Another matter of extreme controversy is the notoriously more effective cooling of a single-cylinder engine compared to the stereotypical air-cooled V-Twin still favored by most of the Americans who grew up surrounded by Harley-Davidson motorcycles which are anedoctally refered to burn all the hair in the leg of their riders. In the end, for those who want to ride only in the summer, even a modest 125cc utilitarian motorcycle may be somewhat pleasurable. 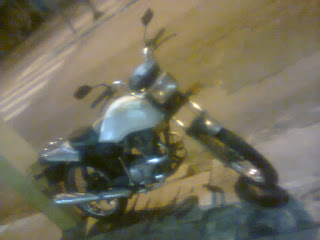 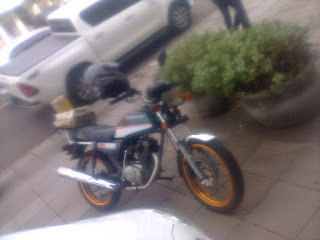 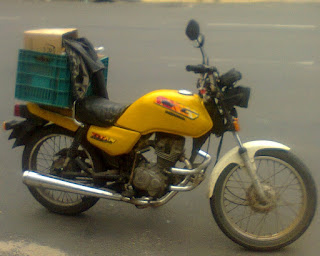 Performance-wise, even though a 125cc motorcycle may seem restricted to an urban environment, it's also worth to consider other aspects that may affect their aptitude to road operation. A smaller engine may need to be taken to a higher RPM band in order to reach a certain speed, which may bring not only the downsizing vs. downspeeding argument back to the table but also raise some controversies about an eventual lack of some power reserve which may become useful in situations such as overtakes. Operating at a higher RPM for extended periods may be pointed out to increase wear and tear compared to a larger and lower-revving engine, and the perceived fuel-efficiency advantage of a smaller displacement may also negate itself to the point of being either just marginally better or nearly identical to a bigger engine when these conditions are reminded, but it's still far from being an irrefutable truth. Even though the top speed also tends to be lower in a 125cc motorcycle, it might not be absolutely disadvantageous once we consider it may remain within the speed limits set for highway traffic. Sure it would sound more appealing to some random penny-pincher or to the folks at Ecomodder.com who are more focused on hypermiling and fuel-savings instead of the average Joe, but it's definitely not out of question. There is an opportunity to sell 125cc motorcycles in the United States, even though they might not retain the same degree of popularity they enjoy nearly everywhere else. 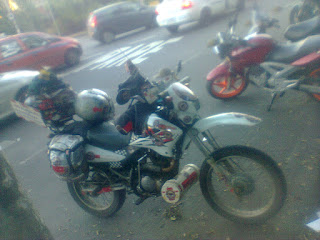 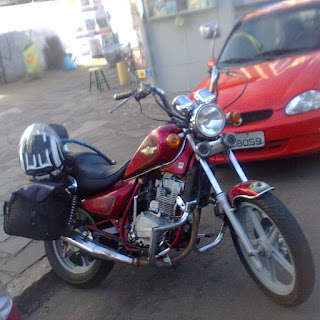 Different approaches to the motorcycling culture, politics such as tiered licensing, and operating costs might be easily pointed out as the main reasons for the popularity of 125cc motorcycles throughout the world, but it doesn't seem to justify their absence in the United States. Be it some basic utilitarian model or something more stylish such as those Hyosung and Daelim cruisers from the '90s, there is a potential demand for a simpler approach to the motorcycling that may be better represented by an affordable small-displacement motorcycle catering not just to novice riders but also to some older folks who may consider their Harleys too heavy and not willing to converting them into tricycles or to add a reverse gear to improve the handling. Sure it may seem confusing at first, but an increased availability of street-legal 125cc motorcycles in the United States would be actually a smart move. 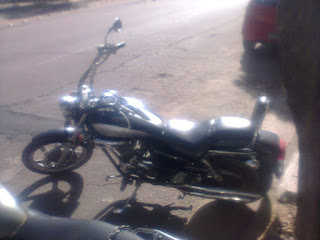