A personal reflection: what would it take for me to place a bet on 2-strokes again? 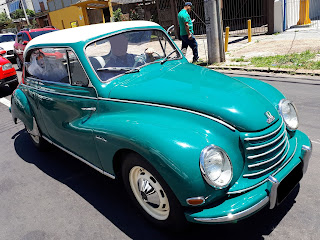 A simple maintenance "that any Argentinian drunk of fernet con coca could perform" is often pointed out to be a clear advantage of spark-ignition engines, nowadays that newer Diesel engines are getting more complicated mostly due to emission regulations which are to a certain extent pointless. Then, one thing that may seem surprising is the absence of newer cars with 2-stroke engines, noticeable for having fewer moving parts than a 4-stroke due to the absence of a valvetrain. Even though classics such as a DKW 3=6 Sonderklasse may still be roaming around once in a while, it's clear they're not even nearly so close to mainstream anymore. 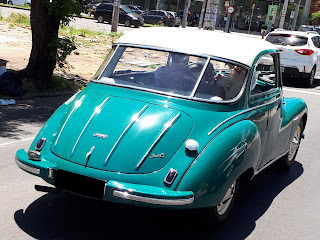 Sure the absence of valves, and having to rely on fixed-geometry porting for the intake and exhaust, may limit the useful RPM band of an engine, to the point it would either have some decent low-end torque and therefore serve right in a car at the expenses of high-revving ability or being too rev-happy while gutless slightly above idle. On the other hand, simply not even having to care about variable valve timing or any other increased complexity to the valvetrain is appealing for those who prefer an extreme ease of maintenance. Well, if in a car the narrower RPM band didn't really require a way to smooth out throttle response throughout a broader revving, in motorcycles this issue was addressed with a "power valve" on the exhaust in order to provide some sort of variable geometry to the ports. The most well-known of such is the YPVS fitted to Yamaha motorcycles such as the DT 200R, which was electronically-actuated in street-legal motorcycles fitted with Autolube and all-mechanical for racing models resorting to the power take-off which would otherwise serve to the oil pump, and then premix would be a must. While the dedicated Yamaha 2-strokes fanbase didn't bother premixing oil to the gasoline/petrol as much as the general public did, and some even retrofitted an all-mechanical YPVS to street-legal motorcycles. 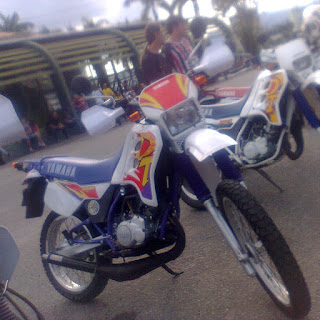 Personally, considering the ocurrence of unproper handling of hazardous materials in Brazil, actually I don't consider it so awful to consume the oil alongside the fuel, instead of dealing with the risk of having waste motor oil to contaminate rivers and underground waters, plus some vegetable-based oils could be implemented even more easily to 2-strokes. Castor oil has been widely used as a motor oil in 2-stroke engines, even in racing applications, besides being pointed out to have a better solubility on ehtanol blends which are becoming mandatory on gasoline/petrol not only in Brazil. So, it may sound good also on the grounds of sustainability, offsetting the carbon and nitrogen footprint easier than a comparable 4-stroke. 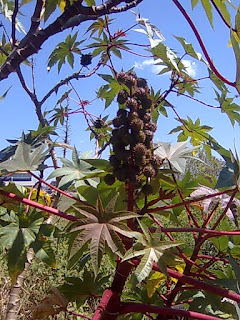 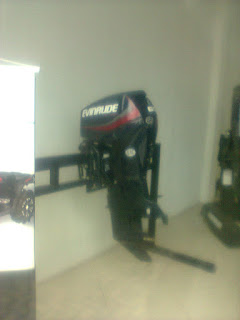 2-strokes remain popular on marine applications, and the presence of electronically-controlled direct injection enhanced not only fuel-efficiency but also provided a more accurate emissions control. The only downside is the requirement of a separate oil tank, because the fuel won't go through the usual transfer flow alongside the intake air and the oil so the engine may be rendered inoperant in case of a failed oil pump, even though simply filling a tank would seem more appealing to the average Joe than calculating the amount of oil to make the premix anyway. Another point to consider is an ease to turn an engine fitted with direct injection into flexfuel, and Evinrude managed to make some engines able to operate even with heavy fuels such as aviation kerosene (JET-A/JET-A1/JP-8) and even Diesel fuel in case of emergency for military applications. Such level of suitability to a broader selection of fuels in a single engine may also become desirable for civilian applications, not just on outboard motors for inflatable boats but also for cars. Nowadays that vehicles such as the Volkswagen Tiguan now feature particulate filter even on gasoline/petrol powered versions due to some downsides of direct injection increasing the particulate matter emissions, it doesn't seem so out of question to address similar issues in a 2-stroke. 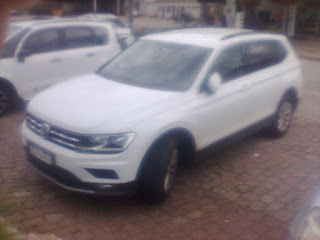 Well, despite the manufacturing cost of a 4-stroke being higher regardless of the presence of forced induction as it's standard for the Volkswagen Tiguan or in a naturally-aspirated similar, the simplicity of a 2-stroke may seem more attractive, considering the absence of a turbocharger which could turn into a maintenance nightmare. The recirculating-type lube system of a 4-stroke is essential for a turbo and prevents the fitment of such device to a 2-stroke of a similar displacement, even though both can achieve similar power figures. On the other hand, a much desirable feature of the new generation of turbocharged engines is the flatter torque curve, and this may prevent a reintroduction of 2-strokes on automobile applications to become successful. 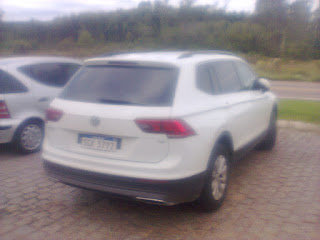 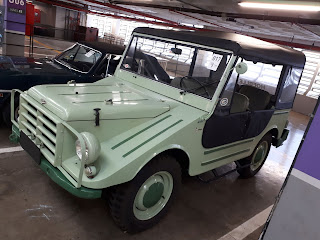 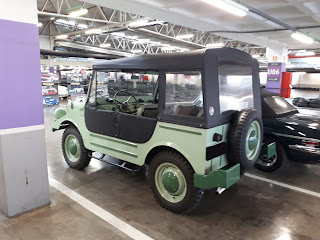 Even though the dry-sump lube system may render 2-stroke engines safer for use on inclinations that would be easily found at off-road venues, which was a good sales argument for the DKW Munga and its Brazilian equivalent DKW-Vemag Candango on a head-to-head comparison to the Jeep Willys back in the day, the lack of interest from the Brazilian military forces for the Candango meant it had a shorter production run. Not to mention the possibility of upgrading some 4-stroke engines with a dry-sump lube system too, which could also avoid some irregularities to the oil flow while crossing steep terrains. Eventually this could become a niche market for 2-stroke engines in case Diesels get on short supply, but doesn't seem so likely to happen. 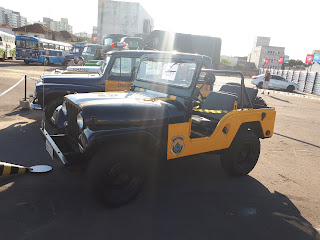 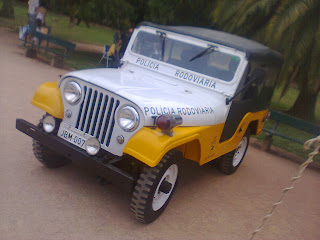 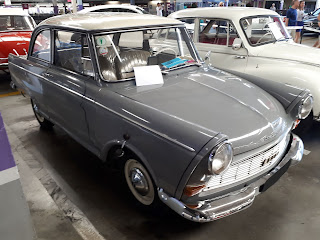 Even though 2-stroke engines had their days of glory in models, there was a period when the effort for developments became more concentrated on 4-strokes. It became hard to keep up-to-date with the 4-strole competitors, for which improvements such as variable valve timing and forced induction became mainstream. Models such as the DKW Junior became part of a glorious history which doesn't really seem to be making a comeback, despite having its merits. So, unless turbochargers and some emission controls as easy to work on as the ones fitted to a 4-stroke become widespread on 2-strokes, I wouldn't place a bet on them again... 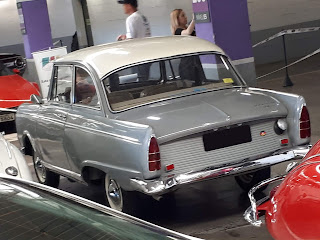