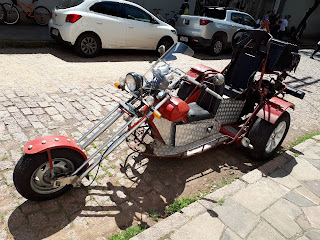 Spotted this trike yesterday. Presumably it was built over a modified Volkswagen Beetle platform, with the backbone tube enclosed behind the diamond-plate trim. Its front wheel looks like it was sourced from some Ford, probably a Ka Mk.1 or a Fiesta Mk.4, and slightly modded with an extra bowl attached to the same rim. 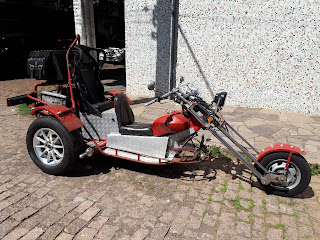 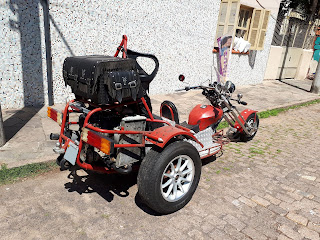 The engine, mounted longitudinally at the rear end, is the water-cooled EA827 instead of the old faithful air-cooled boxer which used to be more popular in other times. Couldn't find its owner to get some more detailed specification. 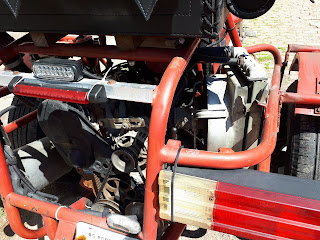 The radiator was positioned sideways to the right, in a position that is not so unusual to find the radiators in older Volkswagen cars converted from the air-cooled engine to a water-cooled one. 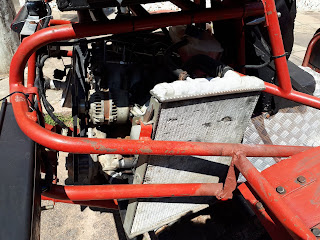