Is air cooling so outdated at all? 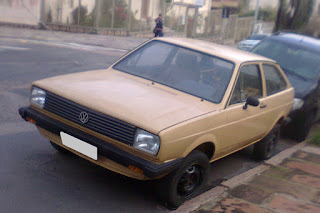 Air cooling has been an usual feature for "popular" cars, even though some models such as the first generation of the Volkswagen Gol would've switched to liquid cooling throughout its production run. When it comes specifically to the Gol, despite its modest performance with the "1300" and lately the "1600" boxer engines shared with the Beetle, the lower weight of the engine which was also shorter improved its handling due to the weight bias compared to water-cooled ones fitted with the MD-270, EA-827 and the Renault-designed CHT engine supplied by Ford when the AutoLatina joint-venture was active. But in the end, is an air-cooled engine so outdated at all??? 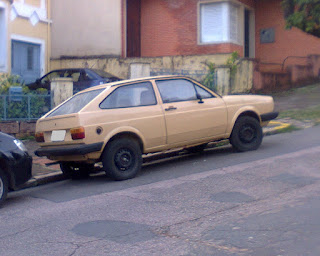 When the Gol was released in Brazil in '80, antifreeze coolant fluids were more easily available, so the fear of blowing up a radiator or even the engine block due to ice expansion when parked outside in the winter were not a matter of concern anymore as it used to be in Germany when the Beetle was originally designed. Even though extreme cold temperatures are not so commonly reported in Brazil as they are in the Northern Hemisphere, another point that favored air cooling was the idea that such engines would be less prone to overheating because "the air doesn't boil", and so even the traditional Beetle soldiered on until '86 before its controversial reintroduction from '93 to '96. There were some customers who still enjoyed the Beetle by then and were willing to buy a brand-new one, even though the engine could've been not the main reason for such desire anymore. 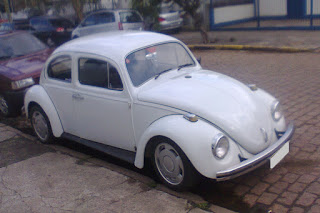 Its ability to withstand to unimproved pathways, perceived as superior to the generations of compact cars released through the '80s and '90s in the Brazilian market, remained a strong sales argument for the Beetle. The air-cooled engine on the other hand, now much criticized for its noise, became mostly seen as a compromise that urban customers were not willing do deal with anymore, not to mention a lower thermal conductivity of air compared to water leading most air-cooled engines to require some richer air/fuel ratio in order to assist cooling down the combustion chambers at the expense of a slight increase to the fuel consumption and a noticeably higher emission of unburnt fuel as "hydrocarbons". 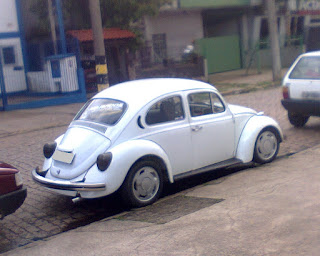 The ease of servicing the engine on the other hand, not only due to the absence of coolant pathways through the block and heads but also due to the gear-driven valvetrain, has also favored the Beetle in the eyes of a more conservative public for a long while. Sometimes it's also pointed out to be a reason for the mediocrity that still prevails among many independent mechanics in Brazil, who didn't seem to care about updating their skills in order to service more sophisticated vehicles that were starting to appear in the '60s and '70s. A somewhat surprising trend was to rebuild old French cars such as the front-engined Simca 8 around a VW rolling chassis starting in '76 when the availability of spare parts became more critical due to import restrictions. 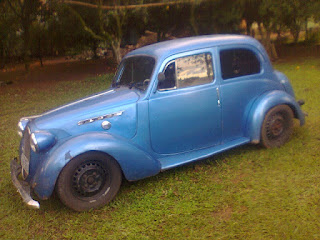 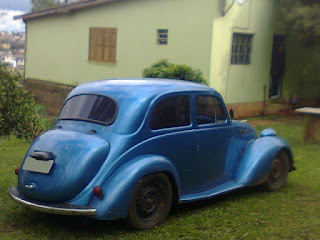 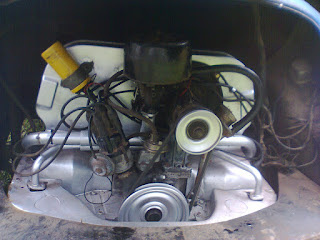 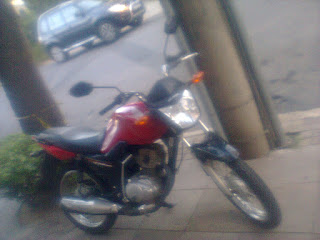 Despite being relegated to the obsolescence in the car market, air cooling still finds its way across a wide variety of motorcycles, including the no-frills Honda CG 125i and the fancy Harley-Davidson Electra Glide. Naturally, the fact that motorcycles have been less regulated with regard to emissions than cars help the survival of air-cooled engines, either due to cost and ease of maintenance when it comes to the Honda CG or to keep an old-school theme to which an overwhelming majority of the Harley-Davidson owners remain loyal. Well, in a single-cylinder engine such as the one fitted to the CG it may seem easier to justify air cooling, not just due to the lower cost and complexity but also the more accurate cooling, while the V-Twin found in the Harley-Davidson has a poorer cooling on the rearmost cylinder. 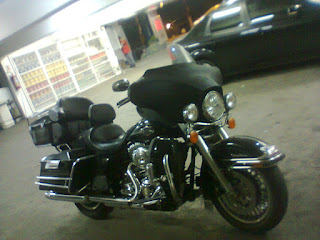 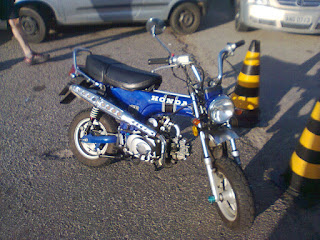 Engine exposure to the air flow and the heat-exchanging surfaces increased by those fins cast into the cylinder heads and barrels, and sometimes the cranckcase too in order to improve oil cooling without having to resort to a dedicated oil cooler, are vital to allow an effective cooling. Horizontal-single engines, such as the ones used in small Honda motorcycles with some Cub-derived powertrain, are favored by having the cylinder head more directly exposed to the impact air flow en route, since it's where most of the heat is generated during the combustion process. Other noticeable case is the flat-twin BMW R-Series range, with the cylinder barrels exposed to the incoming air while the heads are now water-cooled. 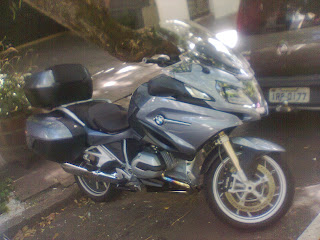 Just to raise the controversy, it's worth to notice that not the entire R-Series range is now featuring the water-cooled cylinder heads, even though Euro-4 compliance remains in effect for all. So, while the R 1200RT does feature the new design, the R-nine-T which follows a more classic design still resorts to the oil-cooled heads. It may sound more critical to rely on the oil to assist with the engine cooling, since any restriction to its flow in a way similar to the effect of a thermostatic valve in a water-cooled engine would lead to some very dangerous oil starvation, but as a mid-term solution it could still be a cost-effective approach when the oil cooler bypass is operating properly. Since spark-ignited car and motorcycle engines basically operate within the very same principle, and both cooling systems seem to be able to meet similar emission standards, it may be a sign that air cooling is not so outdated at all. 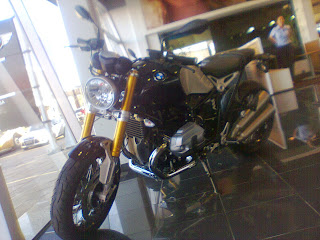