Ancient bus with matching trailer in my hometown 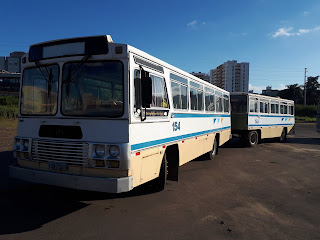 Before articulated buses became mainstream in Brazil, there were some unusual approaches, such as this trailer meant to be pulled behind a regular bus on peak hours. Made by Marcopolo and matching the design of its Veneza series of city buses, these trailers had their frames supplied by the Randon company which is well known for its semi-trailers and other truck implements. These were common in cities near my hometown Porto Alegre, at the intercity routes connecting Canoas, Alvorada and Cachoeirinha with Porto Alegre. 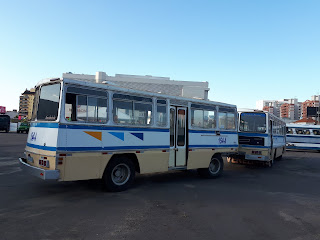