Many aspects may lead to differences in the engine selection for some cars and trucks according to the market, such as emissions compliance, local content requirements and repurposing of an ancient engine in order to avoid investments on newer tooling to manufacture more advanced powerplants. Among those examples, at least 5 can be highlighted. 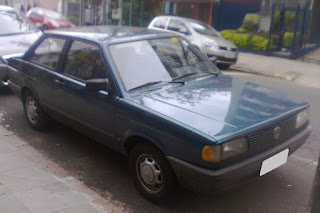 1 - early Volkswagen Voyage: this model, made exclusively in Brazil and Argentina, had a variety of other names according to the market, such as Gacel, Senda, Amazon, Amazonas and Fox as it was known in the United States and Canada. The most widely available engines in export markets were 1.6L and 1.8L versions of the EA827 engine, including a 1.6L Diesel version, however in Brazil there has been a 1.6L Ford-built CHT which is based on the Renault Cléon-Fonte engine. Underestimated due to the lack of aftermarket support for performance applications, it's still remarkable as a reliable engine, with features such as wet sleeves and the chain-driven OHV valvetrain also rendering it quite easy to overhaul. 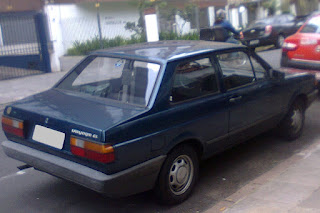 2 - Dodge D-Series: at least until '65 in Argentina, the D-100 retained the Chrysler Flathead-Six as a base engine, even when the 318cu.in. (5.2L) LA V8 imported from Mexico was available. Later on it had the Flathead-Six replaced by the Slant-Six as the base engine. It's worth to notice in Argentina the V8 required the super gasoline, while both of its straight-6 counterparts could use regular, while in Brazil only the V8 was available and able to use regular gasoline. Perkins Diesel engines had also been available, first in Argentina with the 3.3L 4-203 and later in Brazil the 3.9L 4-236 was used instead. 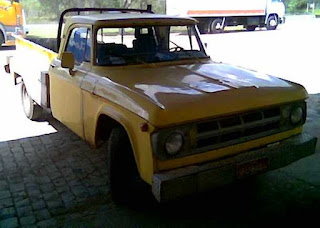 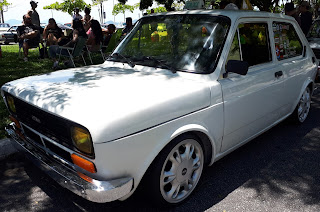 3 - Fiat 147: considering the OHC valvetrain of the 1.05L and 1.3L Fiasa engines used in Brazil was plagued with timing belt failure issues, the versions assembled in Uruguay having been available with a 903cc spec of the OHV 100-series engine which resorted to a timing chain doesn't seem so wrong at all. 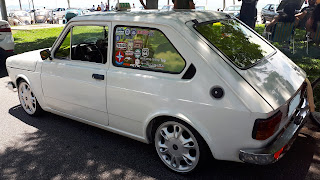 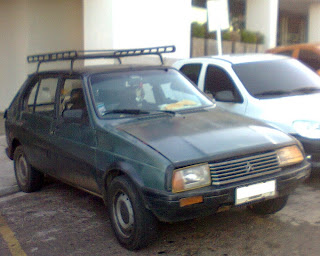 4 - Citroën Visa: besides the transversely-mounted straight-4 gasoline-powered or Diesel engines, it also had the longitudinally-mounted 652cc flat-twin based on the Citroën 2CV engine as the low-end option. Since this engine not only has fewer parts, but is also the only one with gear-driven valvetrain and air-cooling, had been favored not only by budget-conscious buyers who didn't wand the Diesel and became a favorite in some export markets where ease of maintenance was a matter of concern. No wonder in some countries such as Uruguay, it's easier to find either the flat-twin or the Diesel than any of the gasoline-powered straight-4 engines. 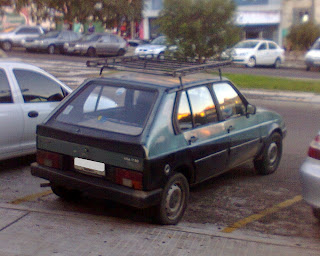 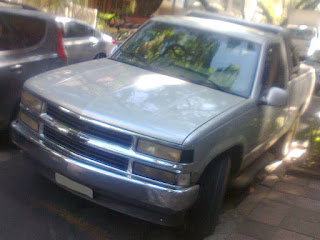 5 - Chevrolet GMT400 trucks: unarguably the Vortec 4300 V6 was the lowest-grade engine fitted to the GMT400 generation in North America, while during the Argentinian production run an updated version of the venerable 250cu.in. (4.1L) straight-six with multi-port fuel injection became the only gasoline-powered engine available, always backed by a 5-speed manual transmission and rear-wheel drive. Surprisingly, even the Brazilian-made S10 and the Blazer had the Vortec 4300 available by then, imported from the United States. Since the old-school straight-six still had a gear-driven valvetrain instead of a chain-driven one like the Vortec 4300, it wasn't a bad choice at all, even though the lack of options such as automatic transmission and 4-wheel drive rendered it uncompetitive. 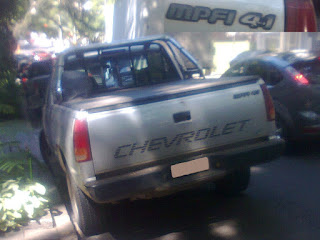