How could an attempt to develop a "people's car" such as the Brazilian Gurgel Supermini remain relevant to this day? 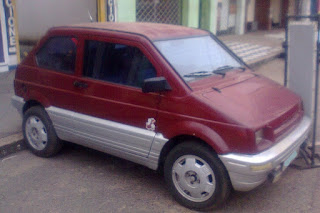 Among the attempts of Brazilian engineer João Augusto Conrado do Amaral Gurgel to develop a car that would cater to both the urban and rural markets, the Gurgel Supermini is noticeable for being the last Gurgel-branded vehicle before some Chinese tricycles were badged as such by a local importer. It's worth to notice the Supermini, despite being quite crude, effectively had a reasonable balance between a size convenient for city traffic while retaining a reasonable performance on rougher terrain conditions still often found in the countryside, to which the rear-wheel drive and 50-50 weight bias (unloaded and with the stock flat-twin engine) were essential. And unlike some modern city-car proposals, which under false premises of "sustainability" end up bigger yet less capable of coping with some actual needs of customers looking for an entry-level car often supposed to serve as the only motor vehicle within the household, the Gurgel Supermini was still meant to be an all-around runabout instead of turning "urban mobility" into an excuse to charge more for a larger SUV in order to overcome more recent issues such as range-anxiety.

Before dirty political tricks pulled Gurgel out of the market in the '90s, there were ambitious plans to increase its marketing presence even to countries not only far from Brazil but also with more substantial differences such as Indonesia which had previously been a destination for exports from the Brazilian branch of Volkswagen. And unlike the former Soviet Union which relied on technology transfer from Fiat to enable a local manufacturing of affordable cars, or even China which holds a total disregard for any intellectual property from foreign companies and still practices a dishonest competition through the dumping of low-quality copies of mostly ancient Japanese vehicles, it would be totally unfair to forget that Amaral Gurgel had been looking forward to develop proprietary automotive technology while most "people's car" projects in other countries seen as poor relied mostly on foreign technical assistance from automakers based on a richer country ending up not always being so considerate about specific regional conditions and needs. Despite some amount of parts interchangeability with mainstream cars made in Brazil, it doesn't make much sense to belittle the work and legacy of João Augusto Conrado do Amaral Gurgel as it's often done by local sellouts who would be glad to become a slave for the dirty Chinese communists. 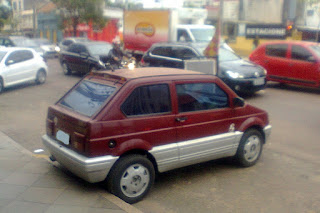