Ford Model T and Volkswagen Beetle, the strongest contenders for "Car of the 20th Century" nomination 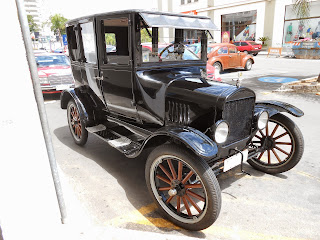 One of the most controversial topics among vintage car enthusiasts is what car really deserves being the "Car of the 20th Century", and the most reminded contenders are the Ford Model T and the Volkswagen Beetle. A lot of topics can be raised in order to sustain an opinion more favorable to each model, even entering a political argument sometimes. Both models had remarkable features of their own, and were technically subjected to fewer conceptual changes, leading to either earlier or later examples of each to remain quite easily recognisable. 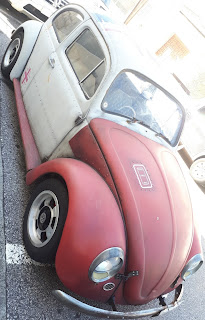 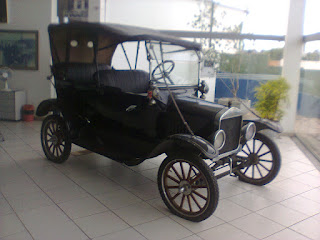 Regarding the Ford Model T, one of its most noticeable cultural impacts was a lack of choice for colors once the assembly-line manufacturing method was incorporated into Ford's routine, with black paint set as the standard due to its quicker drying compared to other colors. This also favored the assembly from CKD sets in overseas assembly plants in a total of 12 countries other than the United States and Canada, as most of the parts requiring painting could be shipped already painted from either the Highland Park factory for most of the assembly lines abroad or Ford of Canada which provided duty-free access to the British Commonwealth. Made from 1908 to 1927, the Ford Model T clearly motorized the United States and became an icon of what would later be defined as the American middle-class, as it has effectively turned the car an achievable dream in that market, addressing simultaneously the needs of both urban and rural customers. 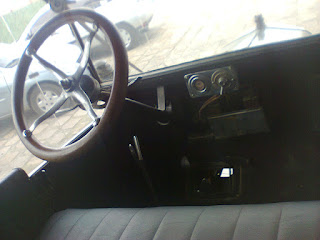 Having been designed in a time when fewer standards were consolidated regarding the driver's interface reflected in a rather unconventional layout, with handles at the steering collumn controlling the ignition timing and the throttle, a pedal-operated 2-speed transmission which nowadays could be mentioned as semi-automatic, pedal-operated service brake actuating on the transmission, and the parking brake lever to actuate the drums mounted at the rear wheels also providing an effect analogue to a clutch. When the Model T was ultimately phased out, there were customers so used to such configuration to the point of buying at least one of the latest examples in fear of not becoming familiar with other models featuring a cockpit layout more related to the present-day standards. Even though it's possible to point out how the semi-automatic transmission could lead to a smoothier transition for those who only drove a Model T as they tried other cars, even Henry Ford relutactly prefered to cease the production and to invest on the development of a replacement which moved away from this setup. 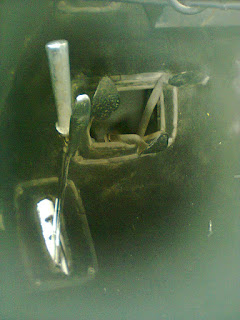 Among other features such as its large-diameter wheels, the narrow RPM range and ability of its engine to operate on lower-grade fuels which even included kerosene and corn-based "moonshine" ethanol that could be locally brewed by farmers, sometimes it becomes actually easier to relate the Ford Model T to an agricultural tractor than to a modern car or SUV. The lever-operated throttle is even more suitable to the operating conditions of farm machinery, which tend to go for extended periods at lower speeds and a continuous engine speed, to the point that for such applications and some tactical military vehicles it remains a common feature along the regular throttle pedal. While some could argue the hand throttle is capable of providing some relief for the driver on cruising speed, and the adaptative cruise control often found on modern vehicles ultimately being comparable to some extent, the substantially lower cruising speed of a Ford Model T compared to other generations of what became described as a "people's car" is another reason why the unconventional cockpit may be better related to a tractor or combine harvester. 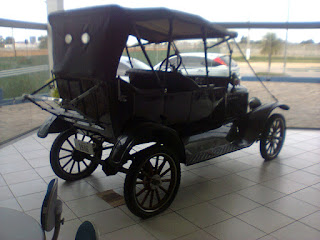 Sure the front-engine layout provided a greater flexibility to the development of body variations to the Ford Model T, and even some modern pick-up trucks retain a conceptually similar chassis and driveline layout despite technical evolutions which are quite obvious. On the other hand, the Volkswagen Beetle with a rear-engine configuration could seem at a first glance much harder to provide the underpinnings for so many derivatives throughout a production extended from 1938 to 2003, even though production until 1945 at the Fallersleben (now Wolfsburg) plant was redirected to supply Nazi Germany as WWII was on course. The remarkable work of the British military interventor Major Ivan Hirst ultimately led Volkswagen to a rebirth from the wreckage of its first factory, and ultimately the Beetle got a foothold on international markets which resulted on its assembly with different percentages of local content in 15 countries other than Germany. 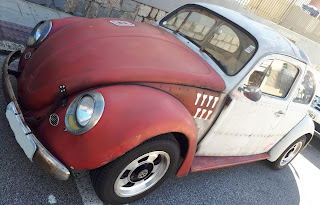 While the most remarkable overseas facilities where the Beetle was manufactured are located in Brazil, Mexico and South Africa and Volkswagen retains a solid output in these countries, even in Australia the model which had CKD assembly starting in 1954 reached almost 95% local content around 1965 until being phased out there in 1976. Competition from then-modern Japanese economy cars starting in the 1970s became a threat, yet the renowned ruggedness of the Beetle's underpinnings remained a valuable asset in Brazil and Mexico where a sustainable demand justified full-volume production to continue for a longer time. A conservative buying pattern also favored the inherently utilitarian design of the Beetle among Brazilian customers from rural areas, who praised the cross-country capabilities unmatched by most modern vehicles within a similar size and displacement bracket as long as they also don't feature an expensive 4-wheel drive system. 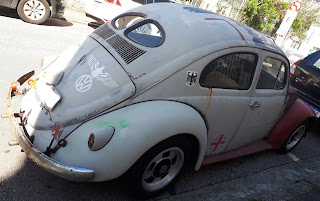 Naturally, as the Beetle is both valued as a cultural icon by some and praised as a reliable runabout by others, some features mismatching the actual year-model of examples still roaming around the traffic are quite usual to spot on the wild, including split-window conversions on later models in contrast to all the individual attempts to apply a more modern appearance to their earlier counterparts. Retaining the very same basic design which renders a Beetle easily recognisable as such regardless of the year-model makes it quite easy to mismatch body panels, either intentionally or just to use whatever replacements are available to keep a daily-driver up to regular operating conditions. Despite having faced competition from motorcycles to nearly every "people's car" design from mid-1940s to late-1970s, preserving most of the technical and stylistic features is a good reason why the Volkswagen Beetle may be justifiable as more deserving of a "Car of the 20th Century" nomination, just like the higher volume of local content on most countries where an assembly plant was implemented. 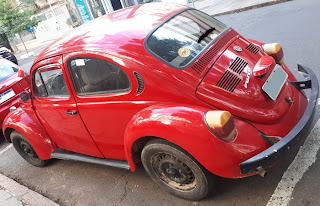 Also noteworthy is the production run of the Beetle in Brazil, where the CKD assembly started in 1953 evolved to local production still with 40% German parts in 1959 and reaching 99.93% of Brazilian parts in mid-1960s. With local production soldiering on until 1986, and CKD exports for assembly in Nigeria lasting until 1987, a reintroduction to the Brazilian market from late-1993 to mid-1996 with a special arrangement to make the Beetle eligible for "people's car" incentives despite retaining the air-cooled 1.6L engine while contenders with a more contemporary design and liquid-cooled engines were limited to a 1.0L maximum displacement. The so-called "Fusca Itamar", honoring the popular name given to the Beetle in Brazil and the former Brazilian president Itamar Franco who supported the reintroduction, already gives a clue on how a seemingly "outdated" model turned into a cultural icon to the extent of remaining relevant as the benchmark for an entire class of eventual attempts to provide a replacement. 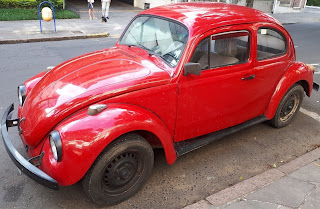