Why is the Honda Pop still relevant in Brazil? 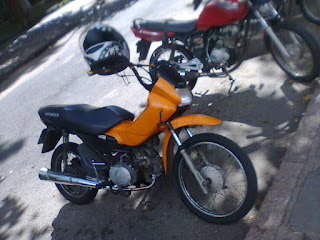 Released in late-2006 as a response to some Chinese dumping in the Brazilian entry-level motorcycles market, the Honda Pop became an unlikely success among buyers with a more conservative mindset who valued the perceived reliability of Honda over all the bells and whistles featured on Chinese copies of the Honda CG 125 which often retailed for less. Essentially meant to be an urban commuter with a total cost of ownership rendering it competitive to public transport in most cities, the Honda Pop would soon find acceptance among both urban and rural customers, even though the small fuel tank is not the best for long-distance routes and neither is the top speed so comfortable to cruise on the highway. But it's easy to understand why the Honda Pop retains its foothold in a market so complex as Brazil. 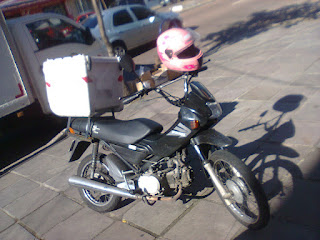 From the early carburettor-fed Pop 100 to the release of the fuel-injected Pop 110i which is soldiering on since 2015, the ease of maintenance is still a valuable asset, even though featuring mechanical drum brakes all-around and a kick-starter may render it too crude in the eyes of those who seem to live in a Netflix-ish bubble and don't actually need to go downstairs from their apartments and take a quick look at the motorcycle of the guy who rides one to deliver for Uber Eats, SpoonRocket or any other similar delivery services. Even though the target customer for the Honda Pop was never actually a professional who relies on the motorcycle as a workhorse, it's undeniable the same proposal of a low TCO appeals to them the same way it does for individuals looking for the least-expensive option to taking the bus, and with fewer parts to require an inspection during routine maintenance there is at least in theory fewer downtime until it's ready to be pressed into service once again. Brazil is still undergoing recovery from the economical damage caused by the Chinese SARS-Cov outbreak, and there is seemingly a chance for the Honda Pop to get better recognition among some people who didn't fully understand its concept. 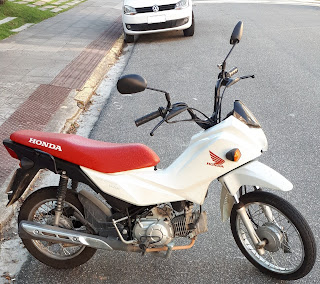 As many people are now fearing public transport due to a perceived much-higher risk of infection with the Chinese virus, a private motor vehicle seems more desirable even when budget dictates no more than a small motorcycle. While it may lack comfort and safety features easier to find either in a car or sometimes even in a more traditional motorcycle, and its top speed is still not inviting to take highways, the compact size and low weight renders the Honda Pop 110i a reasonable option for urban commuting as maneuvering through tight spaces and ease to find a parking spot are taken into account. Even when it doesn't become the main vehicle in the household, a small motorcycle may prove its value when some other vehicle faces a traffic restriction. 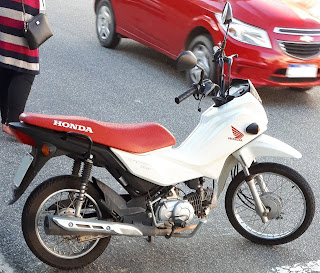 When it comes to Brazil, one of the most noticeable situations is the no-drive days schedule enforced in São Paulo, to which motorcycles are exempted regardless of other waivers to which a car may qualify. From an environmental standpoint, even though motorcycles are subjected to a less-stringent emissions standard than cars, the electronic fuel injection with technology similar to what is applied to a modern car featured in the Pop 110i narrowed this gap compared to the previous carburettor-fed Pop 100. While the air-cooling may also be often pointed out as somewhat detrimental to both emissions control and fuel-efficiency, the increased accuracy of a fuel injection shortens the so-called "cold phase" which always happens right after the start of the engine, also favoring the efficiency of the catalytic converter which had been fitted since 2009 when the fuel system still resorted to a carburettor. So, besides an ease to ride in space-constrained city environments regardless of traffic restrictions, for some people it's not hard to justify a Honda Pop even if it would be meant to ride just one day in the week. 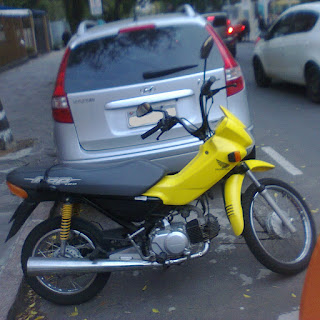 While the Honda Pop also had its appeal among urban riders even in places perceived as "richer" such as my hometown Porto Alegre, it's worth to remind its foothold is much stronger in the regions North and Northeast (or Nordeste as we say in Portuguese). Sure there are still some folks in the capital cities of the Northeast states who live in the very same Netflix-ish bubble someone else may live in São Paulo or Porto Alegre for instance, but in small towns where motorcycles were turned into a more effective replacement for the donkey within the last 20 years it's impossible to deny the Honda Pop increased such move. So, even though it may look too crude in the eyes of many people, the Honda Pop is still relevant in Brazil for its own merits. 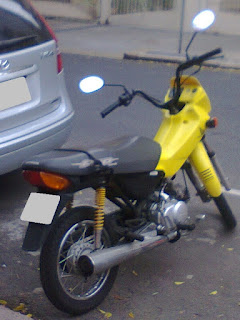