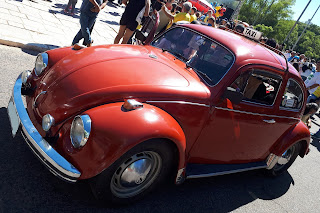 It may seem shocking to find out 2-door cars in Brazil had been used even as a taxi, but it's not easy to understand how things work sometimes. Even before the oil embargoes of the '70s, some cities already had Beetles operating as the so-called "táxi mirim", when bigger 4-door cars usually from American automakers were the rule for the service, soon losing their leadership to the Beetle due to its lower cost and easier operation. 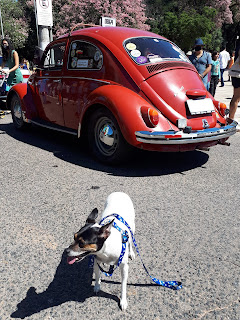 Sure it was not the best option when it comes to interior space and luggage capacity, but the Beetle had a considerable presence in the Brazilian taxi segment until the early-'90s, and even other models with a more modern design were still more common in 2-door bodystyle because this feature was perceived as easier to retain resale value, certainly influenced by the widespread presence of the Beetle in Brazil and the perception of 4-door versions of other cars as rendering them more suitable to taxi or fleet usage. 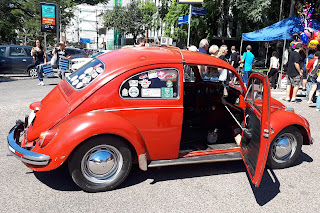 Access to the rear seat in some 2-door taxis was facilitated by the removal of the front passenger seat, which became an usual practice when the Beetle ruled the segment. It's always worth to remind the usage of seatbelts was not so strictly enforced in Brazil until '99, and little to no effort used to be done by traffic enforcement to prevent carrying passengers in a luggage compartment as long as it was closed, then it was OK to eventually carrying kids in that luggage space right behind the rear seat of a Beetle for instance... 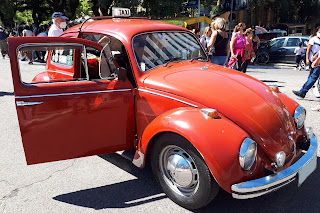 To make it easier for the driver to close the passenger door of a Beetle taxi, the most usual method was to tie a rope at the armrest, while the other extremity of the rope was placed at a convenient location to be simply pulled with little effort. This would seem extremely unlikely to happen nowadays, when most if not every city in Brazil requires only 4-door cars to be used as a taxi. 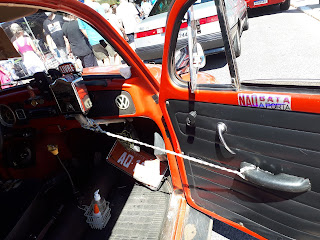