Why is it a good move to transfer the production of the Chevrolet Joy from Brazil to Colombia? 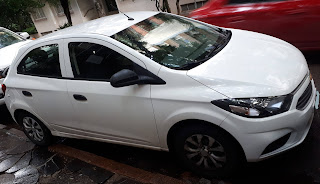 One of those economy-cars which may become a valuable asset for its manufacturer, despite the SUV madness which took over the world, the Chevrolet Joy began as an entry-level variant of the Brazilian 1st generation of the Chevrolet Onix after a facelift, which it only received when it became a model of its own after the release of the 2nd generation of the Onix. Having been phased out from the Chevrolet range in Brazil in early 2022 as it was uncompliant to recently implemented emission regulations, even though demand on regional export markets remains sustainable, in April there were announcements of a move of its production base from a Brazilian GM factory São Caetano do Sul to the Colombian plant of GM Colmotores in Bogotá, which is actually a more logical move than it would appear at a first glance. After the recent retreats of GM from India started in late-2017 with the end of local sales, leading to its export-oriented business being ultimately phased out around 2020 when manufacturing and sales were also phased out in Thailand and Indonesia, setting a base to manufacture an affordable car is much more important to retain a foothold on some budget-oriented and conservative markets, also eventually being desirable in regions other than South America and the Caribbean once the Chevrolet Spark still made in South Korea gets phased out which is scheduled to happen in October this year. 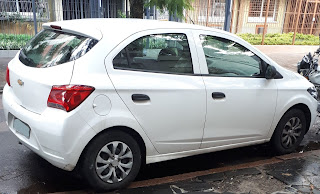 Having both the hatchback bodystyle which seems to be more viable for other regions where entry-level Chevrolet models are currently sourced mostly from China and to a minor extent South Korea, and also a sedan formerly named Chevrolet Prisma which would most likely fall under the friendly fire from the SAIC-GM joint-venture despite its simpler engine rendering it more suitable to harsher environmental conditions and poorer maintenance, the Chevrolet Joy may be just marginally more expensive than the subcompacts formerly sourced from India. The transfer of its production base to Colombia may render it relevant for Chevrolet to secure its foothold in Latin America, where in 2018 the Joy still named Chevrolet Onix and available with an optional automatic transmission was the best-selling car in the entire region, despite being unavailable in countries such as Mexico and some island nations in the Caribbean partly because of the GM Caribbean operations having mostly mirrored the Mexican range even in strictly-RHD markets such as Trinidad and Tobago while the Onix and Joy are LHD only. Now that manufacturing operations in Mexico and South Korea are more oriented toward SUVs and mostly bound for export to the United States and Canada, and the São Caetano do Sul plant is also becoming devoted to light-truck and SUV manufacturing for the Brazilian market, and the regional exports which are also likely to increase due to the GM retreat from Thailand where truck manufacturing was the core business, it's worth to consider the GM Colmotores as a suitable site for the Chevrolet Joy due to a sustainable demand claimed to be around 35000 units yearly with 70% of the volume bound for the regional export markets in South America such as Argentina, Ecuador and Peru, even though it could be desirable even in countries with a Pacific coastline in other regions such as the Philippines where a geographic proximity is supposed to render the Korean Chevrolet Spark more competitive than a Chevrolet Joy hatchback while the sedan would eventually struggle harder to set a foothold. 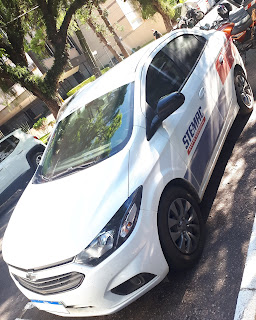 While the Chevrolet Joy had a 1.0L engine in Brazil due to tax advantages, in contrast to the 1.4L fitted to export-bound units which is not actually much more expensive to manufacture, eventually bringing back the automatic transmission option could appeal to former buyers of the Korean Chevrolet Spark in regions other than South America while keeping the Colombian manufacturing even more sustainable. Sure there would be some arguments against switching the production site because the president of GM for South America is the Colombian Santiago Chamorro, but it's a smart move to consolidate operations at the GM Colmotores plant which is currently underused as a CKD assembly site for Isuzu trucks and bus frames imported from Japan, so even an affordable car which is supposed to be unprofitable makes sense both at a local level and occasionally beyond South America, considering some other markets are nearly as conservative and budget-conscious. In the end, this is a great opportunity both for GM to keep competitive and for Colombia to become a more important player as a car manufacture and export hub. 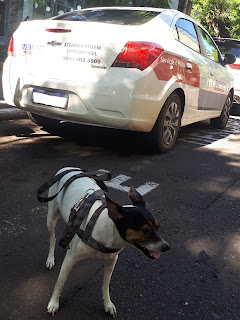