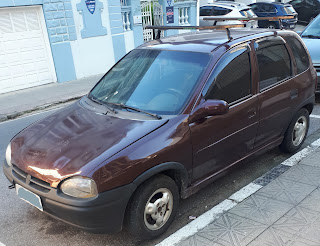 The second generation of the Opel Corsa was the one assembled in more countries than any previous or subsequent of this model, and was the first of only two generations which had been available officially in Brazil and Mexico. A serious contender to Volkswagen's classic Beetle on both of the most important car markets of Latin America, the Opel Corsa B also had a remarkable foothold on a worldwide level in a time when competition from the already consolidated Japanese automotive industry and its emerging Korean counterpart were undeniably strong contenders at the economy-car segment. Even though in the recent years GM got its global presence crippled by the Chinese predatory joint-venture scheme and the lack of a CEO who actually holds all the due respect for the legacy of General Motors as a world-class automaker who used to set standards, the Opel Corsa B is still remarkable, and at least 5 reasons can be pointed out to see it as effectively closer to what a Volkswagen Beetle replacement could ever be:

1 - simple mechanics: even though not so absolutely dumbproof, the Opel Corsa B has a quite simple mechanical layout. Even though it was the first of its class to feature electronic fuel injection in Brazil for the 1.0L engine, in a time when most new car buyers were still more used to consider carburettors a more straightforward option for reliability and repairability;

2 - underpinnings tougher than they may appear: the wheels noticeably smaller than the Beetle's are effectively compromising when it comes to ground clearance, but the coil-sprung front McPherson and rear twist-beam suspensions are not weaker at all. The rack-and-pinion steering gear is reliable and has a more direct responsiveness than the worm-and-gear setup fitted to the Beetle. Overall, the design of the underpinnings is actually simpler on the Corsa than on the Beetle;

3 - low running costs: with its quite simple mechanical layout and reasonable fuel consumption for a car of its age and class, the Opel Corsa B effectively took over the role of the Volkswagen Beetle during the last years of its production run in Mexico, while also being a serious contender to its reintroduction in Brazil in '93 for the '94 through '96 model-years. Even though some lower-grade versions in Europe still featured a 4-speed manual transmission with the 1.2L engine, the only manual transmission option for Mexico and Brazil was the 5-speed while the only 4-speed featured was the automatic available at a premium cost and only with the 1.6L engine;

4 - extended production runs in Brazil, Argentina and Mexico: definitely the Opel Corsa B became a favorite of buyers with a conservative profile, even though other bodystyles such as the sedan ended up outlasting the hatchback, as in Brazil where the sedan soldiered on until 2016 and in Argentina with its local production run ending up only in 2017. Mexico retained the Opel Corsa B locally badged as Chevrolet Chevy until 2012 with some controversial facelifts, while Brazil still supplied CKD kits for the hatchback until 2009 for assembly in Venezuela and South Africa;

5 - a familiar face: the bubbly design does resemble the Volkswagen Beetle somehow, even though the Opel Corsa B doesn't feature prominent fenders or running boards. But it doesn't sound like a simple coincidence that it took rounded lines for the Opel Corsa B rebadged as Chevrolet Chevy in Mexico to take over a considerable share of the local economy-car market from the Beetle.

Even though the front-wheel drive effectively doesn't allow the same off-road capabilities of a Beetle under various load conditions which interfere with the weight bias, the Opel Corsa B has proven itself a dependable commuter, addressing the requirements of many families in Latin America, while also having been a valuable asset for GM to keep a strong foothold even in regions where it retreated in more recent years. 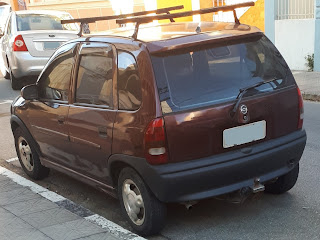