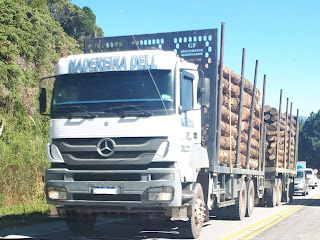 Now mostly restricted to heavy commercial vehicles, drum brakes all-around are still valued by some operators who see them as more reliable under harsh environmental conditions, such as in agribusiness and forestry management for timber. With fewer exposure of some critical components to the weather and contaminants which could lead to damage, also often pointed out as less prone to physical damage, drum brakes are favored in heavy-duty trucks for other reasons, which include the pneumatic actuation being less prone to fading instead of the hydraulics found on most light-duty vehicles and the fitment of exhaust-brakes to Diesel engines reducing the burden over the service brakes on some routes. While it could sound better at first to move away from drums to all-around disc brakes, with the main advantage being a quicker cooling even under the hardest braking, it's also worth to remind drum brakes usually have a larger friction surface proportionately to the diameter, which is desirable on heavy trucks. 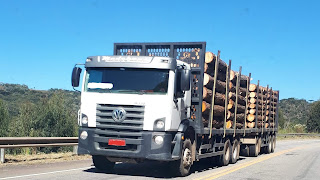 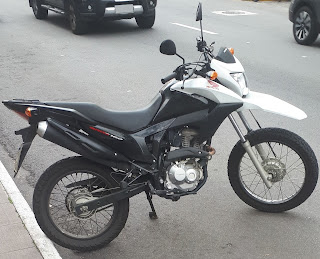 Among light-duty vehicles, now it's easier to find all-around drum brakes on motorcycles, even though it's now less common even in markets such as Brazil where motorcycles below 300cc are not mandated to feature ABS brakes yet. Unlike discs for which hydraulic actuation became mainstream, motorcycle brake drums are still mechanically-actuated either by cable on the front wheel or rod on the rear wheel, so with disc brakes being regarded as inherently "more prestigious" than drum brakes and motorcycles usually not featuring a parking brake there is basically no chance to incorporate hydraulic actuation to drum brakes meant for motorcycles only to make them compatible with ABS for instance. Surprisingly, the dual-purpose Honda Bros 160 nowadays relies on disc brakes all-around and is not available with drum brakes anymore, even though this setup could be better suited to some needs and preferences of many rural customers, while the Honda CG still resorts to this type of brakes for the entry-level Start version even though all the other trims now feature a front disc brake retaining the drum only to the rear wheel. 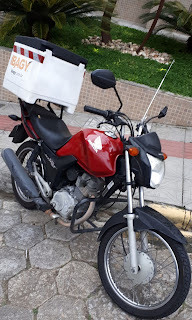 The very same lack of prestige which has rendered it not worth to develop hydraulic drum brakes for a motorcycle would not be a problem for other types of vehicles, such as pick-up trucks which became a status symbol among urban drivers instead of retaining their austere and mostly utilitarian origins. Even older models such as the Willys Jeep Pick-Up, which in Brazil soldiered on until '82 after the Brazilian branches of Willys-Overland and Ford merged, hydraulic brake systems were already mainstream, and the Jeep Pick-Up rebadged as Ford F-75 during its extended Brazilian production never got front disc brakes as a factory option, despite other light-duty trucks which were also made by Ford in Brazil being fitted with vented disc brakes in the front wheels and retaining the drum brakes only to the rear wheels. As nothing actually prevented the fitment of disc brakes, which are now a common retrofit to this and other traditional 4WD rigs among recreational drivers, possibly the F-75 being the only Ford truck with 4WD availability in Brazil at the time of its phaseout reflected a more conservative approach from rural customers who used to actually drive on harsh environments quite often. 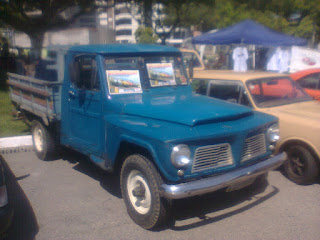 While drum brakes all-around were not a problem for older pick-up trucks in the countryside, nowadays not even the most austere versions of their modern counterparts would be accepted by urban customers if they weren't fitted with discs at least upfront as a standard feature. A good example of such situation is the current generation of the Ford Ranger, fitted with discs all-around in the US-spec versions, while in most Latin American countries where it's sourced from Argentina it now retains the drums only in the rear-end, even though this seemingly "outdated" setup still has room for integration with modern safety features such as electronic traction and stability controls. It's also worth to point out drum brakes lead to an easier integration of a mechanically-actuated (usually by cable) parking brake, unlike disc brakes to which it's not so easy to provide a connection for a cable at the calipers, leading to the popularity of the "drum-in-hat" setup which relies on an internal concave surface built into each rear service brake disc to also serve as a drum dedicated to the parking brake in vehicles fitted with all-around disc brakes. 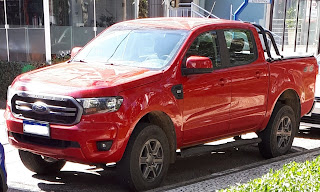 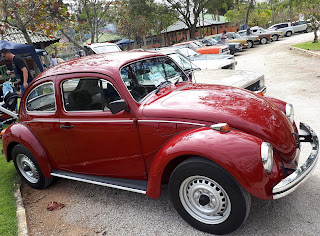 A quite entertaining situation which may be considered as a parameter for comparison is the VW Beetle which only had disc brakes as a standard feature in Brazil from '84 on, being taken out of production in '86 and briefly reintroduced from late-'93 to mid-'96, while in Mexico the front disc brakes only became standard in '95 before all-around drum brakes were reintroduced in a lower-trim version which lasted until '99 with front discs being standard once again until the traditional Beetle was phased out in 2003. Even though the 1600 engine having been detuned and plagued by a very restrictive exhaust required in order to address smog control issues in the Valley of Mexico, which could render its performance closer to the 1300 engine which was fitted to the last versions of the Brazilian Beetle still resorteing to the all-around drum brakes, it's also worth to remind the inherently conservative profile of the buyers at its last iterations. While the popularity of the Beetle among urban customers in Mexico only started to become threatened in the early '90s, and its phaseout was mostly dictated by the taxi regulations in Mexico City enforcing a mandate of 4-door cars rendering the "Vocho" unfit for the service, what led to a continued demand for the "Fusca" were mostly rural buyers who praised the relatively lower cost pertaining to its cross-country ability under various load conditions despite featuring only rear-wheel drive compared to 4-wheel drive models which were out-of-budget for many Brazilians (and still actually are). 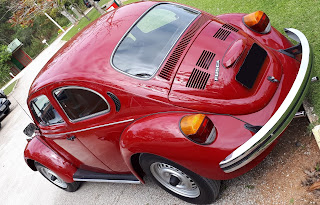 While the Beetle's rear-engine and rear-wheel drive layout is now gone from the mainstream car market in Brazil, it's not uncommon for front-wheel drive models such as the Renault Kwid to be advertised as a "compact SUV" in order to attract customers who are not so willing to pay a premium for a larger and less fuel-efficient 4-wheel drive. However, as the focus of mainstream automakers for smaller cars has been more toward the so-called "urban mobility", thus neglecting actual needs of rural customers who may eventually benefit more from all-around drum brakes as they tend to not be so critically affected by corrosion than discs while exposed to agricultural fertilizers and even to the composition of the soils at different regions, it's not so likely that a regular car would feature front drum brakes again. Despite this, it's hard to deny all-around drum brakes may eventually remain better suited than disc brakes under some circumstances. 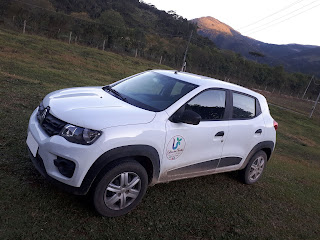