PQ24-based Fox, probably the most underappreciated Volkswagen ever 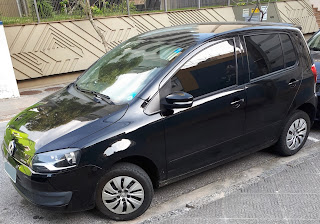 A model designed in Brazil, where it was released in late-2003 with the ambitious goal of replacing the Volkswagen Gol (no pun intended), the Fox soldiered on until the 2021 model-year, having only a few minor changes through its production run. Based on the same PQ24 platform of the Mk.4 Polo, it had a smart design somewhat resembling the minivans, with plenty of room for its relatively small size, yet it was not enough to effectively take over the role of the Gol which was still a nameplate strong enough that it prompted the Brazilian branch of Volkswagen to develop a PQ24-based Gol which was released in 2008. Its design could be seen as somewhat unconventional to a consevative Brazilian market which used to be much more oriented to traditional hatchbacks, even though the Fox had good sales figures in Brazil and Argentina, having even been exported to Europe from 2006 to 2011 when the Up took over its role as the entry-level Volkswagen for the European markets.

More capable of actually meeting the requirements for a small family car than the Up, maybe the Fox is even more up to the task (no pun intended again) of fulfilling the role of a Beetle replacement, despite its Euro-spec variants being only 4-seater in contrast to the 5-seater layout of the versions sold in Latin America. Its relatively long production run with fewer minor upgrades, and being based upon the same underpinnings of some mainstream European-designed model also prompts to a comparison between the Fox and the Beetle-derived Brasília, which were both Brazilian-specific designs with only a minor international availability. Relying on already-proven underpinnings, and being suitable to the fitment of up-to-date engines such as the 3-cyl flexfuel 1.0L fitted to the 2014 model-year BlueMotion version, the Fox was a smarter design than its presence more concentrated on a handful of so-called "emerging markets" in Latin America could suggest. 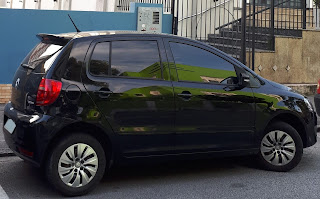